They say that Russians work poorly. Have you tried to pay them more?

The country's economic and financial departments are sounding the alarm. At the end of September, Russia recorded a record low level of business activity in manufacturing industries. The PMI fell to 46,3 points against 49,1 in August. For the indicator to be considered positive, there must be more 50, if less, and long enough, we can talk about the threat of a recession. If not in the whole economy, then in industry for sure.

Some experts, for example, from the Russian Direct Investment Fund (RDIF), do not share the alarm of the federal departments, referring to the broader data of Rosstat. So far, there is only summer information there, which supposedly indicates the highest level of business activity since January. Nevertheless, the RDIF already reminds us that the PMI production survey has a “narrow focus” and is not representative enough. You might think that in Russia now at least someone really believes Rosstat.

The PMI index, which is calculated according to the results of surveys, that is, according to subjective indicators, is actually quite objective, since it takes into account irrefutable data on purchases in companies. The current index was the lowest in the last ten years, so quickly the number of orders has not fallen since the spring of 2009. But back in April of this year, everything seemed to be quite good - the PMI index then reached 51,8.

Together with a drop in the number of orders, which, in fact, makes us worry more about the future, the number of people employed in those same manufacturing sectors, which are key for the industrial sector, began to fall almost as quickly. The service sector, and even more so the agricultural one, is currently unable to quickly absorb excess personnel resources.

With our extremely (or rather, indecent) low payments to the unemployed, this threatens to lie with an unexpected additional burden on the budget. Did you notice that our unemployment benefits are indexed much less actively and pompously than the same miserable pensions? If, frankly, we can assume that they do not compensate at all.

However, the powers that be and the great oligarch employers are clearly reassured by the fact that there were no and no mass demonstrations of the unemployed, in contrast to the "unsystematic opposition," in the country. And God forbid, it will not. However, judging by the optimism that both members of our government and all elected representatives invariably emit during budget bargaining, it is the least worth worrying about the budget in Russia.

The budget is federal, to the envy of all regional and local, our budget is surplus. And while maintaining current trends and the system of power, such can remain as long as you like. Here are just ordinary citizens from a surplus budget rather than warm, but cold. 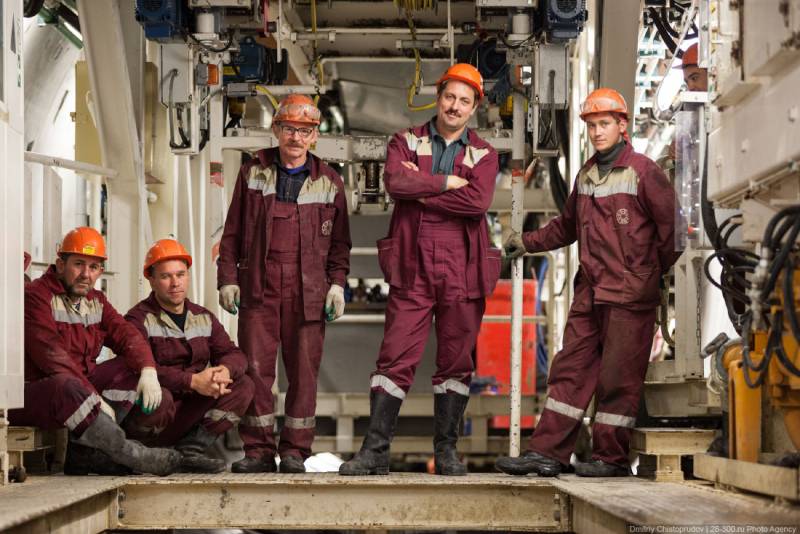 At the same time, citizens continue to be scared by the next prospects for raising the retirement age, or to put into a stupor absolutely crazy ideas with a four-day work week. It would be better first of all, the working day should be normalized according to the Labor Code, as in the notorious civilized countries. For starters, at least until the constitutional 8-hour working day, and better even before seven - seven and a half hours. There is no doubt that the return will be no worse.

Because we can not or because we do not want?

But, in the end, the workers are not to blame for the fact that the number of vacancies for them has decreased. And it is not the proletariat, which in the third millennium almost half consists of all kinds of lower-level managers, is to blame for the fact that companies have experienced such a disaster as a reduction in production needs. And this is usually followed immediately by cost optimization, primarily on staff.

A continuation of this negative trend should be a rise in selling prices, but it is practically nonexistent. No, because there is no growing or at least steady demand. Demand in the sphere of real production due to extremely reduced trade chains in the conditions of fierce competition rests on consumer demand. Together with business demand, it represents the very effective demand that pushes the economy into growth, and it doesn’t even matter, due to the production or expansion of the service sector.

By the way, in the United States, because of the constant stimulation of effective demand, the economy has long ago turned into a service economy, most of which are not really needed by anyone. In this area, by almost three quarters of the financial one, there is no question of any reduction in those very trade chains. 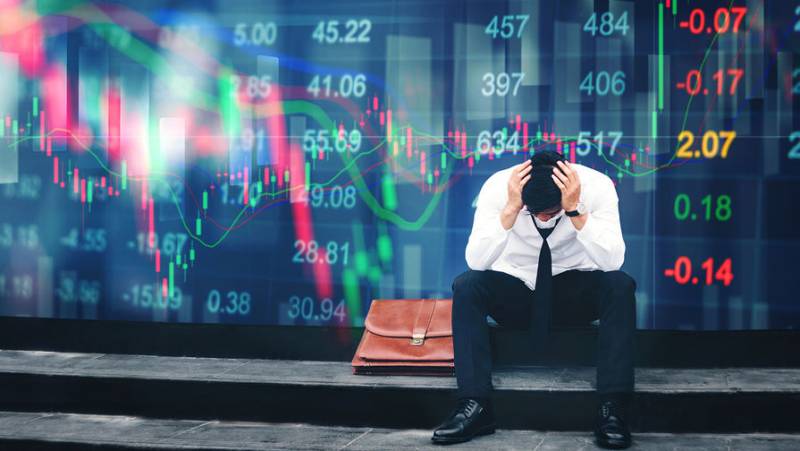 It is hardly worthwhile to prove here once again that the American example for Russia is not an example, but our economic gurus have been taught and are taught in American patterns. However, the authors themselves do not pretend to dispute the authority of John Maynard Keynes, generally speaking the nationality of the Englishman, and his followers.

Somewhat confuses only a very different view with the leaders of the Cabinet’s economic bloc on “effective demand” - Keynes should have it on a massive scale, but ours on the Ministry of Finance, the Ministry of Economy and the Central Bank should be somehow limited for the elite. Otherwise, how can one explain the stubborn reluctance of any of these departments to even discuss the fixed minimum wage for state employees or a real increase in the minimum wage.

The other day, the head of the Central Bank Elvira Nabiullina very nicely filed a reduction in the key rate to the level of seven percent per annum. Compared to the horror that the Central Bank has held for so many years in a row, it seems to be quite good. But the legendary Stalin’s People’s Commissar of Finance Arseny Zverev for such a rate could send someone under execution. Even the capitalists in the USSR were not credited under such conditions, and in tsarist Russia they could even give a loan shark for seven percent.

So what did Elvira Sahipzadovna tell us about seven percent? She recalled both the hidden inflationary pressures, the decline in domestic demand, and the global slowdown in production. But she promised a further reduction in the rate. And thanks for that, although an economy in which they have already thought of negative rates on foreign currency deposits, while the elect have almost unlimited access to financial resources, in any case, they are doomed to function not thanks, but contrary to. 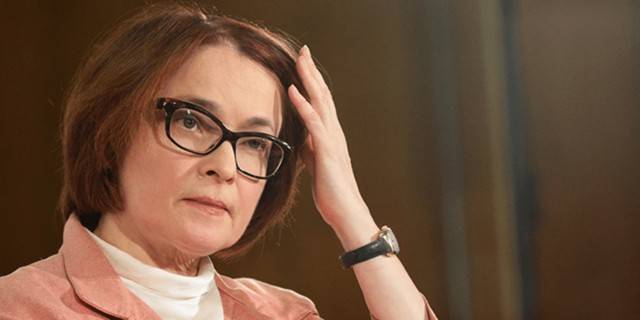 The head of the Central Bank cannot but be given credit, at least she has not voiced the traditional spell about the impending threat of further sanctions. There is no doubt that our economic departments are absolutely convinced that, having driven almost three quarters of the population into poverty, they really achieved the coveted financial stability.

Yes there are people there, our people are able to endure, but the other day the Accounts Chamber reported on financing the notorious national projects in the first half of the year. So, in the first quarter they were financed only by 12,8 percent, and in the second they did not reach 30. What other effective demand is worth talking about after that. No, by the end of the year, officials can keep up and spend all 100 percent on national projects, but this is from a completely different stories...

Nevertheless, today we have the coveted financial stability. To the envy of the enemies, when the country has a budget surplus, and the trade balance goes up plus, and inflation is below the plinth. But for some reason this skirting board was for some reason at the ceiling.

But in general, the most dangerous thing here is that not only our economy gurus strongly believe that they are on the right track, but that they have long been able to convince the whole political elite of this, right down to the top. And it seems that the finally lost electorate is no longer scary.