27 September 2019
6
The Soviet era is often discussed from a critical perspective. In addition to the traditional debate about how right or anti-human the Stalinist repressions were and whether Joseph Vissarionovich himself played a major role in these repressions, the question is no less traditionally discussed: “How did Khrushchev bring the country to such a point ...” Some talk about dismantling the Naval fleet, others turn to criticism in connection with the transfer of Crimea to the jurisdiction of the Ukrainian SSR. 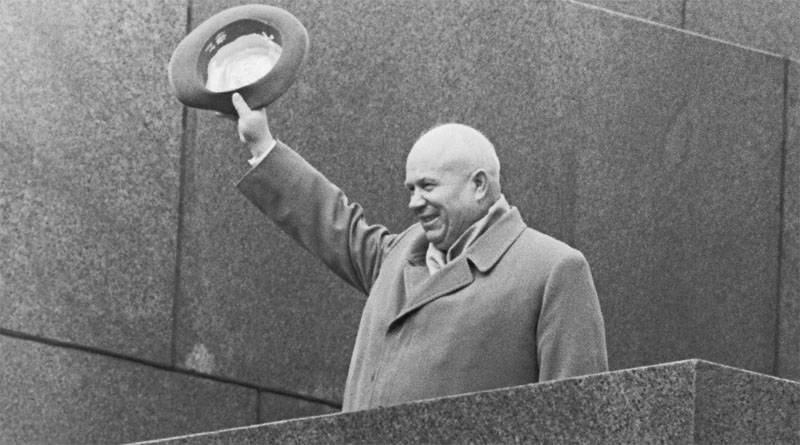 In the next issue of the program dedicated to Russophobia, on the channel "Tired Optimist" the author delves into the consideration of the Khrushchev period stories.

The author recalls the XX Congress of the CPSU, during which Khrushchev found for himself and many other representatives of the ruling elite a convenient formula: blame all the mistakes and miscalculations on one person. This man was Stalin, who, as you know, by that time could not answer either Khrushchev or all those who supported Khrushchev with his political formula.

The "tired optimist" notes that Nikita Khrushchev, accusing Stalin of all mortal sins, for some reason did not touch on the question of what role he himself played in the Soviet Union during the last (at that time) 20 with more than years. This role was not secondary in the state apparatus.

The author notes that the very methodology of discarding the achievements of the previous leadership and focusing solely on its mistakes may have been the beginning of the end of the USSR.

The author’s thoughts on the Russophobia 7.0 issue are presented in the video: