26 September 2019
35
The Pentagon is developing a new system of protection against biological weapons. The U.S. Advanced Research Agency considers DNA editing as one way to create a wide range of antibodies for biochemical threats. 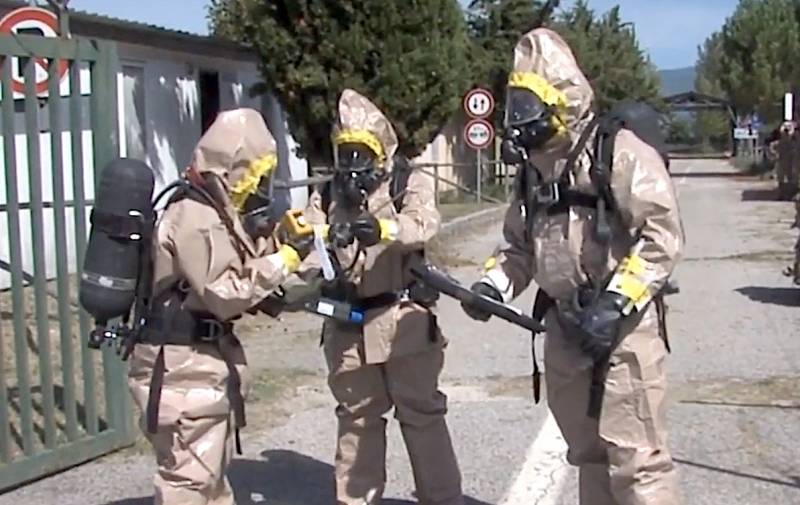 Biological weapons are what the military does not like to talk about. Nevertheless, this is one of the most serious threats that exist today for both the army and the civilian population.

DARPA, the Pentagon Advanced Research Agency, has recently been actively involved in the development of proactive methods to combat biological threats. As one of the most promising areas, military scientists have chosen the editing of the genome, which will create a wide range of antibodies that can counter the main biological threats.

Our focus is on the aspect of protection and recovery, not improvement. All these technologies, they are dual-use. You can use them for evil - and DARPA is going to use them for good to protect our fighters.
said Stephen Walker, one of the project managers, in an interview with Breaking Defense magazine.

The military is on the way to editing the genome

Can you really protect a soldier on the battlefield from chemical weapons and biological weapons by controlling his genome, forcing the genome to produce proteins that will protect the soldier from the inside?
- wonders Walker.

DARPA is also working on the program “Create a vaccine for 20 000 people in 20 days as a virus that you have never seen before.” Scientists see the problem in that the time to develop, produce, accumulate and distribute one portion of the drug may be too long for future types of biological weapons.

Once you develop protection against one of the forms of artificial plague, the enemy can use gene editing tools to create another version, whose biochemical structure is so excellent that old antibodies no longer recognize it.

Many diseases mutate this way all the time. This is why you can have a series of childhood vaccinations that protect against measles or chickenpox for the rest of your life, but you need to get a new flu shot every year. And no one has yet figured out how to stop a cold. 1918-1919 Spanish Flu killed more people than World War I; imagine it as a weapon.

Being able to find a solution for every possible case is becoming more and more insoluble due to synthetic biology and the ability of people anywhere in the world to do something a little different. You cannot accumulate enough vaccine or antiviral drugs to protect the population in the future.
- said Walker.

DARPA seeks to neutralize or even reverse the effects of Casxnumx CRISPR technology, an enzyme that has made the current breakthrough in gene editing possible in the first place. (It is worth noting that China is currently the leading country in the field of gene editing science and its technologies.)

The irony of gene editing is that one of the most important tools of modern science was not invented from scratch in the laboratory: it was found in nature. Many bacteria use CRISPR - a whole complex of DNA sequences - as a natural defense against virus invasion, allowing them to "recognize" viral DNA as a foreign body and then use the Cas9 protein to cut it into pieces, "killing" the virus (although technically viruses are not living things). Scientists redesigned CRISPR Cas9 to separate and reorganize genes.
Military Reviewin Yandex News
Military Reviewin Yandex Zen
35 comments
Ad