US Army intends to arm with a microwave gun

26 September 2019
19
The U.S. Department of Defense intends to get into service systems based on microwave radiation to combat drones. As part of this program, Raytheon Co. Missile Systems received a Pentagon contract for a prototype high-power microwave gun for the U.S. Air Force. This was reported on the website of the US Department of Defense. 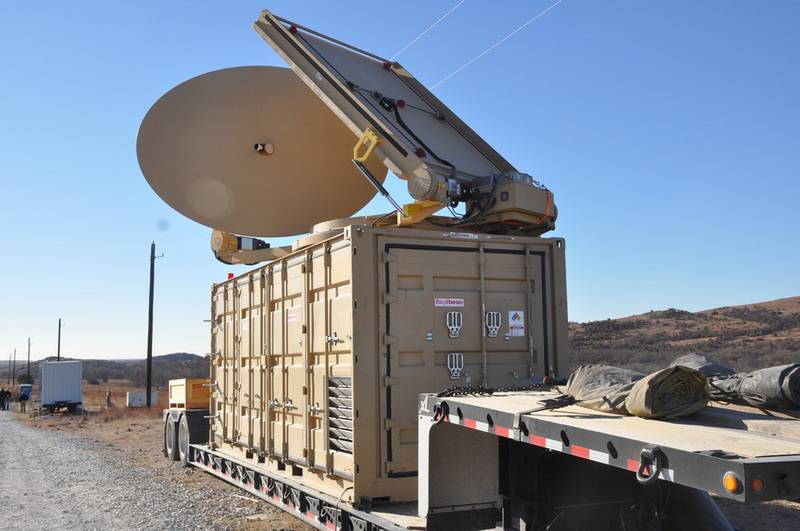 Raytheon Co. Corporation Missile Systems has entered into a contract with the US Department of Defense for the supply of a prototype electromagnetic gun Phaser. Reportedly testing a new electromagnetic weapons will be held outside the continental United States, and, according to preliminary estimates, will take at least 12 months. The deadline for completing the tests is 20 December next year. Based on the test results, the US Army will decide on the future prospects of this development and its adoption.

Raytheon began developing the Phaser electromagnetic gun in the 2013 year and was shown to the public in the 2016 microwave gun. After that, information about the company's new development disappears from open sources for almost three years to appear in the form of an order for a prototype for testing.

Russia is also working on the use of electromagnetic radiation for military purposes. If we talk about unclassified developments, then this is the non-lethal electronic gun Zala Aero REX-01, designed to combat drones, the machine for remote clearance (MDM) 15М107 "Foliage" and much more. According to military experts, Russia is ahead of the United States on this topic, but does not extend about its new developments, since most of the information on them is not intended for open media.
Military Reviewin Yandex News
Military Reviewin Yandex Zen
19 comments
Ad