The fleet is following the DOSE

30 September 2019
81
Information is primarily what the media bring to the consumer. This is a postulate. Information in the media can radically differ from what actually exists, and this will not even be a lie. It’s just “such a method of presentation” or facts so interpreted by an expert.


Here we take the business newspaper “Vzglyad” and the material of shipbuilding engineer Alexander Shishkin. 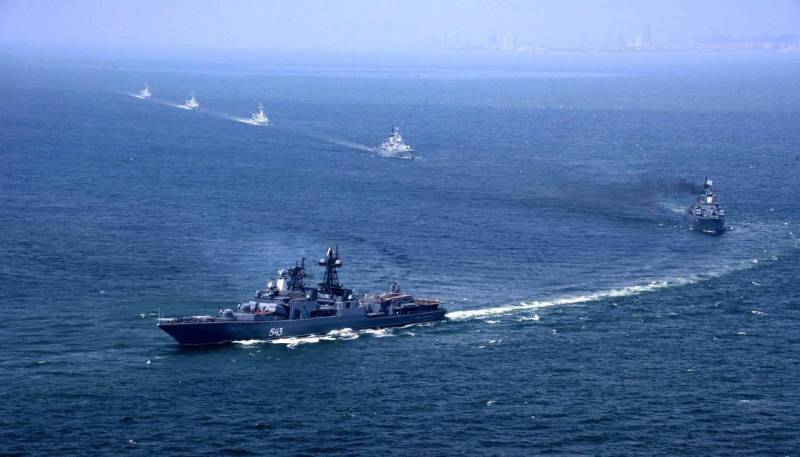 "The naval shipbuilding program is optimistic among experts."

Which country, such and experts. I don’t know for whom what is happening in our shipbuilding can cause optimism, except for the category of people who do not care what topic to shout “cheers” on. The fact that we can still build nuclear submarines and missile boats, of course, makes us very different from Ukraine, but ...

“After a long hiatus, Russia resumes the construction of warships capable of operating in the far sea and ocean zones and projecting force into remote areas of the oceans.”

Interesting saying. “Projection of power” - so in the Soviet era, handsome men like “Atlantes” and “Orlanes”, surrounded by destroyers, seem to be, and American AUGs, just in case, begin to work out options for withdrawal. 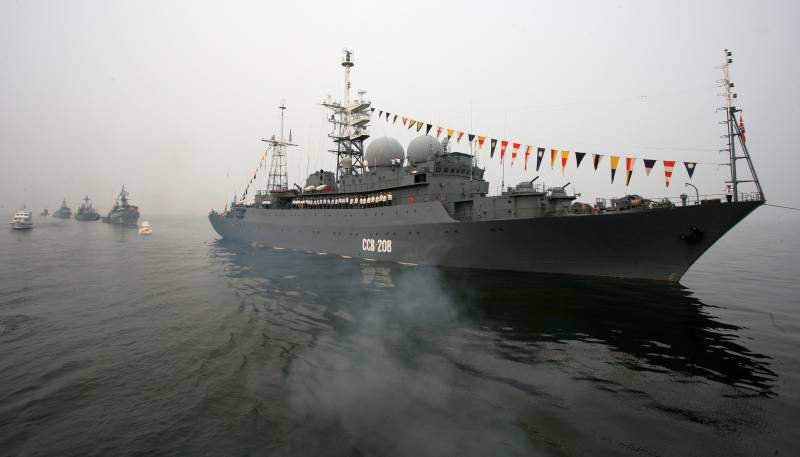 Alas, in fact, everything is sad. We are not talking about such ships. It’s not even about building ships.

This is - attention - about the PLANNED LAYING of the ships.

That is, we (“Vzglyad” - our newspaper, which means we) have already reached the point where in joyful messages we do not start from facts that have happened such as the bookmark of the ship that took place, but from the PLAN for the bookmark.

Forgive me generously, but in our country, even laying a ship is not a guarantee that it will be launched and moreover will go into operation. How many were cut on the stocks?

But once you need a break, it means we will joyfully jump from what we planned.

Most importantly, no liability. The plan can be moved to the right, down, pushed into the far corner and put aside in a long box. And that's fine, it's a plan! The main thing has been done; the loud-voiced “Hurray!” Rushes over the paper-electronic waves.

"Of greatest interest are plans to create warships of the main classes - submarines, frigates, corvettes and universal landing ships (UDC)."

I’ve thought all my life that the main classes are yes, submarines, and with them aircraft carriers, cruisers, destroyers, well, frigates.

Corvettes and landing ships - how is it? Is it because we can build them? And why, then, aren’t in the main classes of missile boats, diving bots and multi-merry yalov?

If we are talking about a distant sea or ocean zone, excuse me, what corvettes? Frigates, who, according to our classification, are former patrol ships, back and forth, will fit the role of an ocean escort for large ships, but corvettes ...

Okay, let's go in order, as in the article.

It's silly to argue with this, they are all Boreas and Ash trees, this is a long arm capable of weighing down a terrible plop. And the more there will be SSBNs and APKR in our navythe calmer you can feel. It is wonderful that we have not forgotten how to make such ships, God forbid, to build them all further on Sevmash.

However, I note that the Premier League is weapon hidden use. And “showing the flag” and other nonsense in this style is not for them. To do this, there are ancient large troughs such as "Admiral Kuznetsov" and "Peter the Great."

But yes, the more these ships will be, the less need there will be for all kinds of aircraft carriers and nuclear destroyers.

In principle, that's all. Clever in the article is over, frank pulling the owl on the globe began.

It becomes more interesting. Diesel-electric submarine in the so-called "far ocean zone" - how is it? And, most importantly, why?

If you take our very own Varshavyanka (well, it’s better not to have it with us yet), which already lags behind more modern boats of potential partners, and compare its characteristics with the same Borey, then you understand that this boat is by no means for far zone. What is sea, what is ocean. And it's not even autonomy. In the speed of movement. Although in autonomy too.

This means that the part of the article that talks about diesel-electric submarines, we remove their understanding of the far ocean zone.

And here are the words about “One 677 brigade in Tartus, Syria - to ensure the self-sufficiency of the underwater component of the operational connection in the Mediterranean related to the Black Sea Fleet and to alleviate the inconvenience associated with the requirements of Article 12 of the Montreux Convention” Unfortunately, I could not translate.

Maybe our naval readers will add in the comments ...

I start this part of the discussion and immediately end with a quote from Shishkin.

“Unfortunately, the“ two modernized frigates of 22350 ave. ”Scheduled for laying at the Northern Shipyard are not ocean 22350M with a total displacement of about 8000 tons, but only improved Gorshkovs (5400 tons).”

That is, the author admits that these ships have no relation to the DMZ. These are ordinary gatekeepers of the near field.

But:
“Nevertheless, the doubling of the 22350 series (from four to eight units) is a significant step forward on the path to restoring the surface forces of the far sea zone (DMZ).”

Well yes. And doubling the number of river buses in St. Petersburg is a notable step in the development of the Baltic Sea.

In general, the smell of the same native overpower. That is, in essence - zrada, but such ... overwhelming.

That is, again, I don’t understand how ships that under no circumstances will “operate in the far sea and ocean zone and project power onto remote areas of the World Ocean” are “a significant step forward on the way to restoration of surface forces of the DMZ”?

What corvettes have to do with DMZ, I don’t understand either. Born as a class of boats and patrol ships, even today, according to the definition, they are ships exclusively of the near sea zone.

How the tab, to put it mildly, of the absurd corvettes of the 20386 project, which have almost no positive sides, relates to the appearance of DMZ ships, is unclear.

But Mr. Shishkin splendidly poured water in the article, talking about various “if”, “possibly if” and similar conventions, without saying a word, what does DMZ have to do with it.

There are two ways. The fact that we will still be building two UDCs, albeit not the same size as the coffins of the Mistral, but half as much, is good.

In principle, UDC can be called a DMZ ship. Since the characteristics of the Russian UDC are not open, and all that is on them is mainly rumors and fortune telling, I will push off from the Americans.

The Yankees have a UDC group. These are the Taraws and the Wosps. 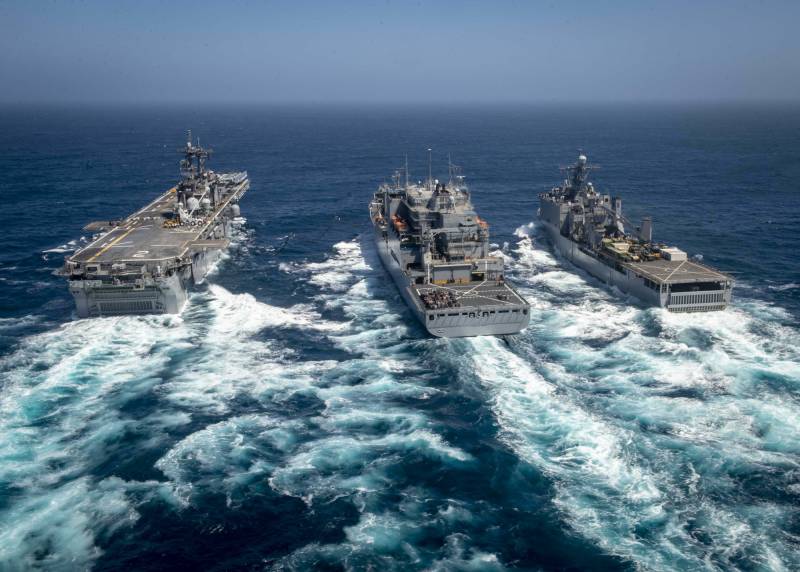 Eight of the latter are able to drag over 10 000 miles (and with refueling and supply, and even more) almost 15 000 people with everything necessary to restore order somewhere beyond the horizon.

And, you must admit, such a crowd can trample a rather large area ... in search of democracy.

But let me say that the US Navy is able to provide the most important thing: the unhindered movement of these forces at a specified distance. For this, American sailors have everything: aircraft carriers, cruisers, destroyers, frigates, submarines.

Shishkin is indignant, they say, it’s bad that in terms of tonnage our UDC (if I repeat, they will be at all) are inferior to everyone in the world.

Apparently, he is simply not aware that the effectiveness of the use of the ship does not depend on the tonnage at all. Historical examples of the mountain, but is not the point.

UDC is a rather slow and defenseless ship, capable in principle of brushing off a pair of aircraft, nothing more. And he needs a cover, and quite serious. And from aviation in sufficient quantities, and from missiles, and from submarine torpedoes.

We have none of this yet. And what Shishkin says in his article is suitable for anything, but not for supporting the landing, which we will land ... well, say, in Okinawa.

On the whole, the article about the help turned out to be so fat and rich as Ukrainian borsch. And it is made according to the principle "if there is no overturn, it must be done!"

It turns out that nothing was left of the declared “grouping of ships of the far sea zone”, but there is a persistent feeling of overthinking that everything is going according to plan where it is needed.

That's just where it is necessary - well, it is completely incomprehensible.

The trouble is, since the oven will start to bake pies for us ... In general, I would like to hear something completely different from the shipbuilding engineer. For example, how we will solve the problem of the fact that we do not have the ability to build DMZ ships. How will the problem of docking large ships in the Northern Fleet be solved.

But it’s not a story about the change in the construction of the ocean fleet on the example of corvettes, diesel-electric submarines and other ships that are not quite suitable for this.

Well, we seem to be not in Ukraine yet ... Why do we need this? We need ships. Perhaps the ships DMZ and Doz, but not the stories that they will ever be with us.