25 September 2019
49
The North Atlantic Alliance has received an offer from Russian President Vladimir Putin to introduce a moratorium on the deployment of intermediate and shorter-range missiles instead of the INF Treaty, but will not accept it because they do not trust Russia. This was reported by NATO representative Oana Lungescu. 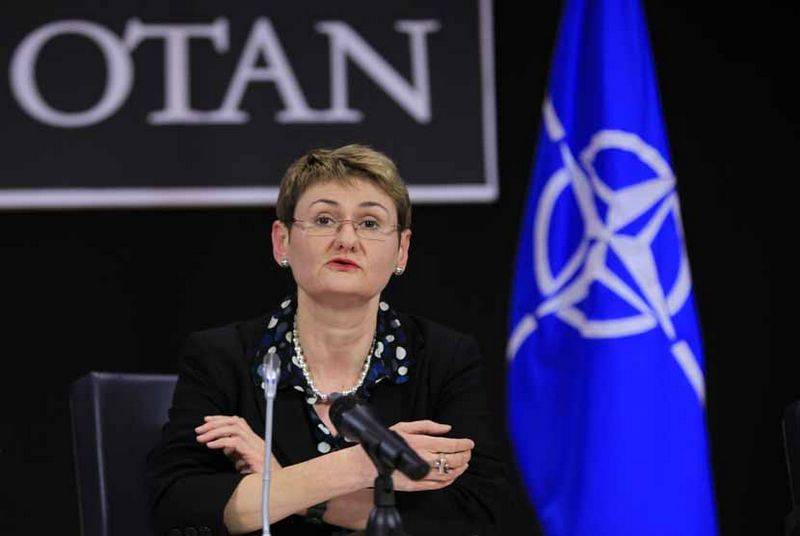 Lungescu said that NATO has received an offer from the Russian authorities, but they do not trust such an offer. According to her, this initiative ignores reality on the ground, since Russia has already deployed SSC-8 missiles (9M729 Novator missiles according to NATO classification) that are prohibited by the treaty on its territory.

Until Russia destroys the SSC-8 system, this deployment moratorium is not a real proposal. We again call on Russia to act as a responsible international entity
she said, adding that the alliance with its allies conducted its own evaluation of the SSC-8 missile and came to the conclusion that the missile violates the agreement on the elimination of intermediate and shorter-range missiles.

At the same time, Lungescu said that NATO will not “respond in a mirror” to Moscow’s actions and deploy its own missiles, including in an arms race. According to her, the alliance will respond in other ways.

We will not mirror what Russia is doing. We do not want a new arms race and do not intend to deploy a new nuclear force in Europe weapon ground based. (...) firmly committed to maintaining effective arms control, disarmament and non-proliferation
- she said.

Previously reported. that Russian President Vladimir Putin sent to NATO countries, as well as other non-member states, a proposal to introduce a moratorium on the deployment of intermediate and shorter-range missiles instead of the INF Treaty, which has expired.