25 September 2019
38
The White House has published a transcript of a conversation between US President Donald Trump and Ukrainian leader Vladimir Zelensky. Earlier, the U.S. House of Representatives began preparations for the impeachment process, accusing Trump of pressure on Zelensky to get dirt on Joe Biden, one of Trump’s most likely opponents in the upcoming presidential election. 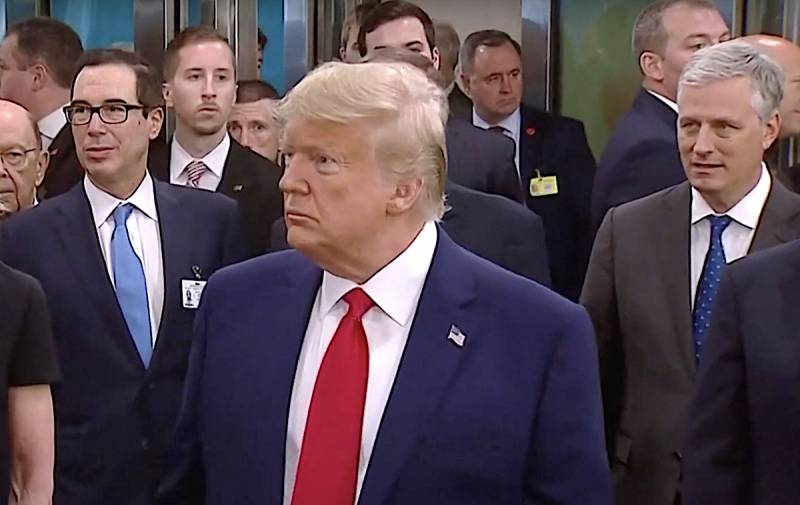 A transcript of the conversation was published, which became the topic for the main scandal of the current week and the reason for the possible impeachment of the President of the United States. According to the transcript of the conversation, Donald Trump asked President of Ukraine Vladimir Zelensky to “work” with his personal lawyer Rudolf Giuliani and US Attorney General William Barr to “deal” with his political rival Joe Biden.

Trump also asked Vladimir Zelensky to help investigate the hacking of the server of the National Committee of the Democratic Party in the United States in 2016. Then the team of the current president of the United States was accused of promoting this action for the sake of denigrating Hillary Clinton, who was an opponent of Donald Trump. One of the traces leads to Ukraine, and the Ukrainian hacker who participated in the operation gave the FBI testimony as a witness, writes the New York Times.

In a conversation today, Trump mentioned Biden several times, arguing that Biden had facilitated the resignation of Ukraine’s chief prosecutor to help the company where his son worked.

There is a lot of talk about Biden’s son, that Biden stopped the persecution, and many want to know the truth about it. Therefore, any help that you, along with the Attorney General, could provide, would be welcome.
- said Trump, referring to Zelensky.

Zelensky replied that after he appoints the new chief prosecutor, "he or she will study the situation, especially in the company you mentioned." 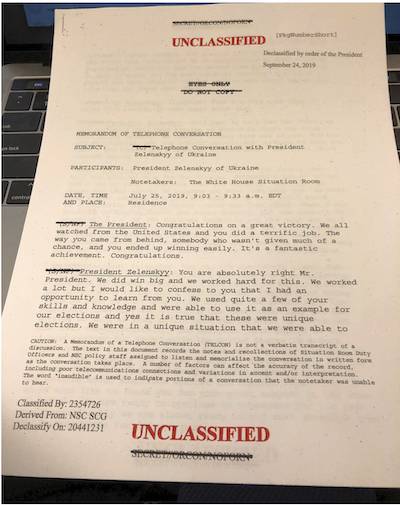 What exactly Trump said during a conversation with Zelensky on 25 July is a key issue in stories impeachment proceedings announced Tuesday by House Speaker Nancy Pelosi. Lawmakers find out if Trump put pressure on Ukraine to resume a criminal investigation into the Biden family in exchange for reinstating US military assistance. To date, Donald Trump has suspended delivery, arguing that Europe does not provide adequate assistance to Ukraine and that it requires the EU to participate equally in helping Kiev.

There was no direct pressure

In turn, the president does not directly say that future US assistance to Ukraine from the US will be conditional on the Biden investigation. He also raised the question only after Zelensky first mentioned the desire to meet with Giuliani - two points that, as the White White House is sure, can lead to the acquittal of the president.

It is also unclear whether Zelensky knew at the time of the call that US assistance was frozen. At the beginning of the conversation, the freshly baked Ukrainian president thanked Donald Trump for previous US support and said he was “almost ready” to purchase additional Javelin anti-tank missiles. Trump responded positively, asking Zelensky to provide a "service" - to sort out the story around the data stolen from the Democratic Party server.

Biden began to boast that he had stopped the prosecution, so it would be nice if you can figure it out.
he said later during the conversation. Zelensky agreed to resume the investigation. In addition, the head of Ukraine, recognizing the participation of Europe, noted that help is more in words, and the United States is Ukraine’s leading partner.

It is worth noting that the White House document entitled “The Memorandum of Telephone Conversation” contains a note that “it is not a verbatim report”.