Go west! 1-I Horse in battles in Western Ukraine

30 September 2019
16
So, the 1-I Horse Army successfully operated in the Dubno-Rivne region (Sword of the Southwestern Front. Throw of the 1-th Horse from Rivne to Dubno, July 1920-th). 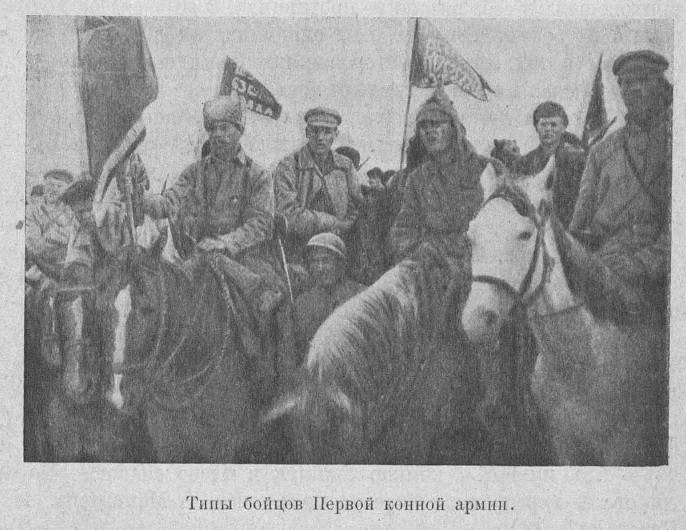 Late in the evening of 7 on July, the commander received a new front directive, which stated that the Polish troops were retreating in disorder to the west, trying to counterattack some units to secure a withdrawal to the west. For the relentless pursuit of the enemy, it was ordered:

The 12 Army, performing the main task, to develop the most swift offensive bypassing Art. Cavalry units of the shock group. Sarny in the direction of Berezne - Stepan, in order to cut off the 3-th Polish army from the crossings to pp Sluch and Goryn and destroy the enemy. Sarnas must be occupied no later than 11 July.

The 1th Cavalry Army, in order to capture, jointly the 12th Army, the Starokonstantinovsky group of the enemy, was ordered to seize the Kulchin-Basal region, having established contact with the 8th Cavalry Division.

14 Army, rapidly pursuing the enemy on the entire front, to capture the Starokonstantinovskaya group with the help of the 8 Cavalry Division, coordinating its actions with the left-flank units of the 1 Horse.

The situation at the front actually did not correspond to the tasks set in the above directive, since the Starokonstantinovskaya group of the enemy had already gotten out of the attack of the 14 Army and, in turn, having hit the 45 Division in the Ostrog region, was moving to the Kremenets - Dubno area on connection with the group of General Shimansky.

At the same time, Alexandria - Kostopol concentrated another powerful group of Poles (2 Army), which had the task, having hit Rivne, to unite with the southern group of General Shimansky.

The command of the Cavalry Army took into account this situation, but, given its own forces, with the weak advance of the neighbors (12 and 14 armies), the 1 I Cavalry could not remain concentrated in a fist in the Rivne region. Due to the current situation, she had to allow a certain dispersion of forces to carry out a number of particular tasks assigned to her by the front and arising from the enemy’s grouping.

At the dawn of the 8 of July, the commander gave the 083 / op order, which he set the tasks for his divisions:

The 4 Cavalry was ordered by all means to promote the 44 Rifle Division (the left flank division of the 12 Army), advancing on Ludwipol, trying to defeat an enemy located in the Alexandria region;

11-th Cavalry Division, leaving the brigade in the area of ​​Dubno, the remaining forces ordered to advance to the area of ​​m. Obgov - in order to defeat the enemy, departing from Ostrog to Dubno;

The 14th Cavalry Division, leaving the brigade a barrier in the direction of Ostrog, make contact with the 45th Rifle Division; with the rest of the forces, attack the enemy, departing from Ostrog to Dubno, acting in connection with the 11 Cavalry Division. 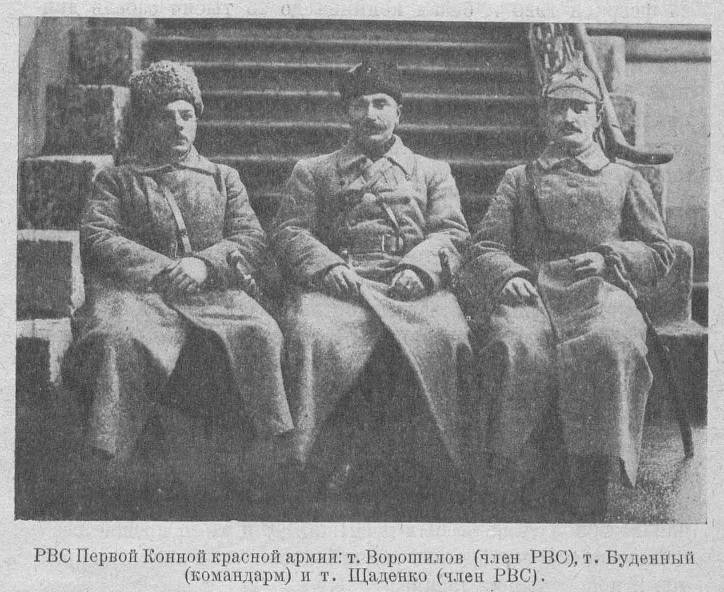 Only at 18 hours of the 9 of July did the 14 Cavalry Division engage in battle with the enemy rearguard in the village of Pevche (south of the Mizoch metro station), which, after a stubborn battle, retreated in the general direction to Kremenets. Due to severe overwork, the enemy division did not pursue.

One brigade of the 11-th Cavalry Division (not having contact with the enemy) by the evening of the 9-th July was located in the Knyaginin area (south of Varkovichi metro station).

Thus, as a result of the slow and incoherent actions of the 11 and 14 cavalry divisions, the southern group of the enemy got out of the attack of the Horse Army and retreated to the area of ​​the city of Kremenets, where it consolidated itself, making frequent short attacks on the Red front.

At the time when the indicated events took place on the front of the 11 and 14 cavalry divisions, in the area of ​​Rivne (north and east), at the dawn of the 8 July, the enemy attacked the 4 and 6 cavities. On the 8 of July there was a stubborn battle north of Rivne.

Despite the fierce resistance of the red divisions, the Poles, with the support of the hurricane artillery fire, knocked down parts of the 9 and 4 cavalry divisions from the left bank of Gorynya by the night of 6 July, pushing them to Rivne. With the onset of darkness, under a terrible downpour with thunderstorm and hail, the 4-th Cavalry Division, on the personal orders of the commander, moved east from the city of Rivne - to the area of ​​Goryngrad.

At the dawn of July 9, the 4 Cavalry Division entered into a fierce battle with the enemy, who sought to capture the crossing of Goryn at Tuchin. The enemy, with significant forces of infantry and cavalry, supported by hurricane artillery fire, spent the whole night on July 9 on the offensive from Alexandria — he attacked the 6 cavalry division, which occupied Rivne. Despite the fierce resistance of the 6 Cavalry Division, the latter could not stay in the city - and the Poles in the 7 hours of the 9 July occupy Rivne.

In the afternoon of July 9, the 4 Cavalry Division launched a decisive offensive from the east to Rivne. The Poles, repulsing the attacks of the Reds by hurricane artillery fire, by 18-hours the main forces crossed to the west bank of the river. The mouth holding Mr. Rivne.

By night on July 10, the cavalry army divisions were located: 6-I - west of Rivne along the river. Stubel and 4-I - to the north-east of Rivne, occupying the Zhitin - Alexandria region.

A survey of prisoners revealed that the 1th Legionnaire Division, 3th and 6th Infantry Divisions (all three-regiment) and 11th and 17th Regiments participated in the battles for Rivne. The Polish group took possession of Rivne - moving to join the group of General Szymanski.

8 - July 9 The 4 and 6 cavalry divisions suffered significant losses, both in command and Red Army personnel and in material units. Given the current situation, the commander of the 1-th Horse, decides to destroy the enemy Rovno group. 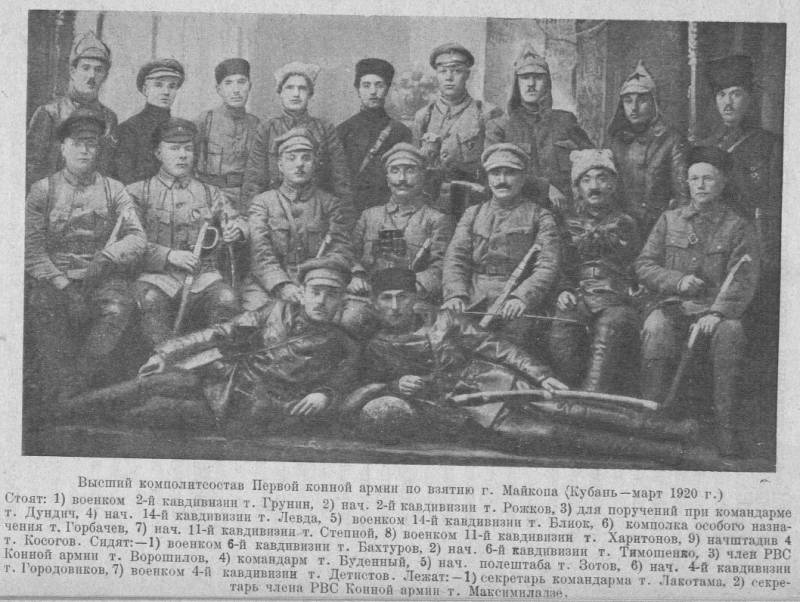 By order of 084 / op, the commander ordered on the 10 of July to break up the group that occupied Rivne and restore the situation. To attack Mr. Rivne, the divisions were sent as follows: 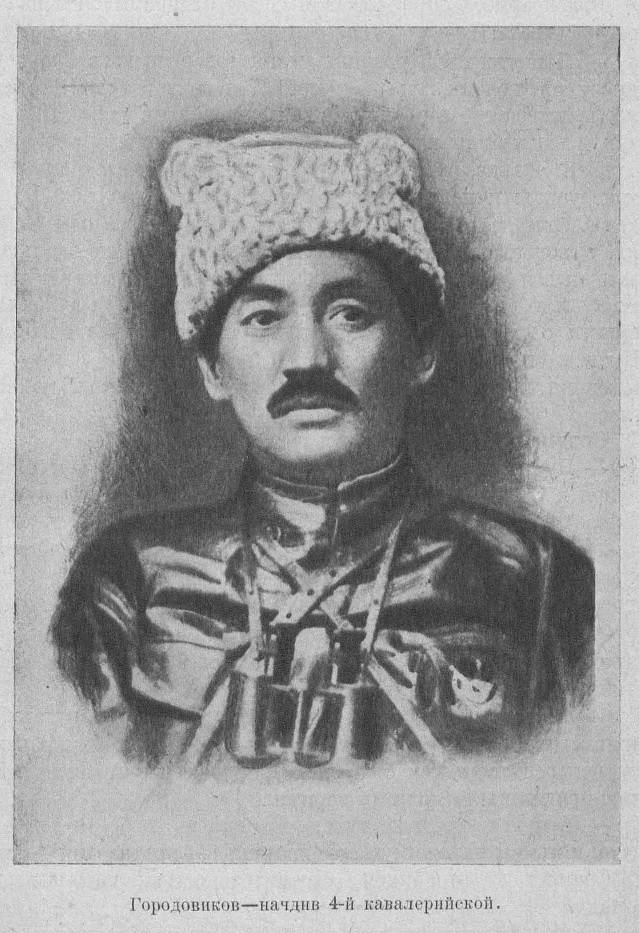 With the dawn of the 10 of July, the army began to carry out the task of capturing the city of Rivne. In order to block the Rovno-Lutsk highway, the 6 Cavalry Division sent a brigade directly along the highway to the city, another brigade bypassing to Klevan and the third brigade even deeper to the west - to Palcha. 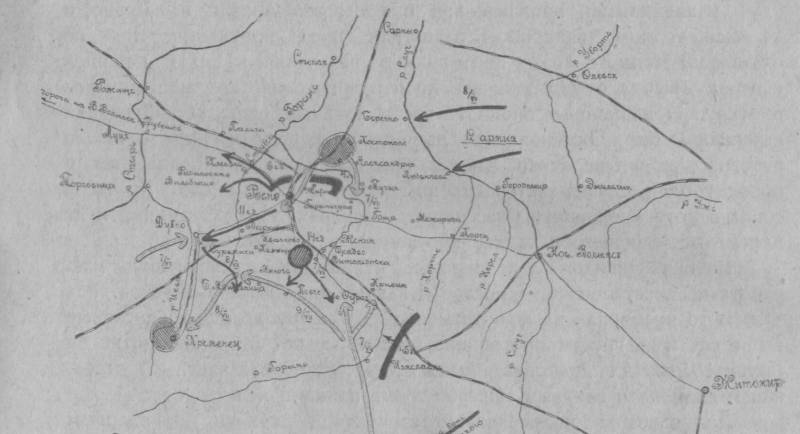 Thanks to the timely transfer of the 2th brigade of the 6th cavalry division to the river. Stubel, crossing the enemy across this river at st. Biting and below turned into a real disaster.

East of Klevani, the Poles tried to stubbornly resist in well-fortified trenches, but were knocked out and driven back to the river. Styr. Tossing weapon, Polish units surrendered or rushed to the crossing. The enemy in a panic broke through to the river. Styr.

With the defeat of the Polish 2 Army near Rivne, the operation of the Horse Army in this area was completed; the enemy was forced to leave the entire area between the Goryn and Styr rivers, which greatly facilitated the fulfillment of the task of the red 12 army. Major operations in the area ceased. The cavalry army received freedom for further action in accordance with the directives of the Southwestern Front. 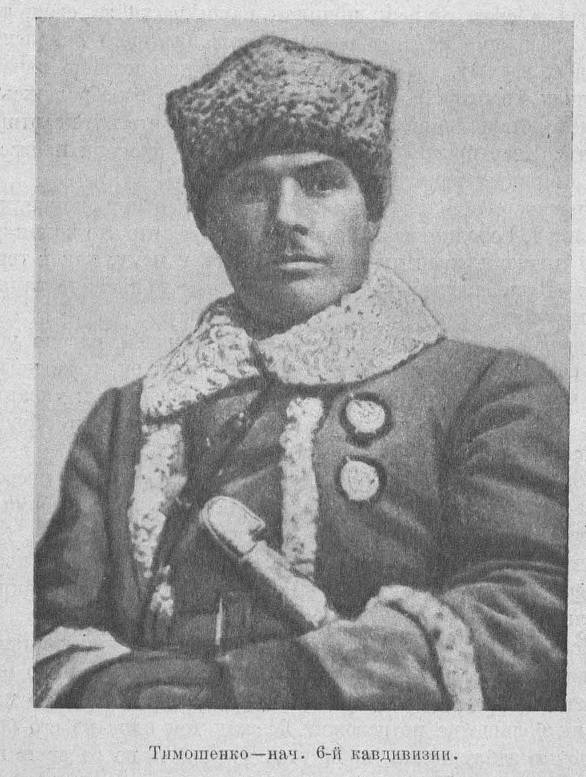 Continuous stubborn battles in a wooded area with a complete lack of rest and inadequate supply to the extreme weary the horse and horsemen of the Cavalry Army (which did not leave the continuous battles of 43 of the day - from 27 of May to 10 of July). The brigades, compared with May, decreased three times (from 1500 to 500 sabers).

In the battles of Rivne, the fierce attacks of the thinned Budyon brigades did not give the desired results in some cases - the overworked Red Army soldiers were opposed by fresh regular units of the Polish infantry, well applied to the terrain and well equipped.

But the July 10 battle for the return of Rivne was yet another confirmation that the fighting spirit of the few and technically not rich red cavalry turned out to be stronger than the technology of a strong enemy. 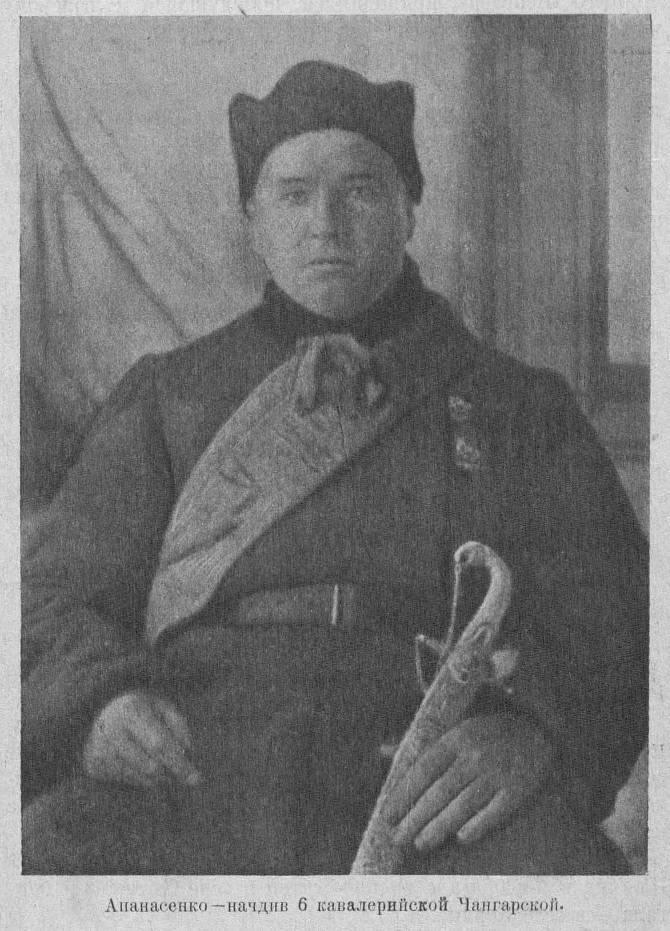 The Rivne operation forced the defeated enemy to retreat beyond the river. Styr.

With its movement on the 6 - 7 forward, the Horse Army allowed the 12 (especially) and 14 armies to move forward without too much difficulty.

Considering the actions of the Cavalry Army, it is worth paying attention to the rational distribution of forces, surprise and speed of movement (as well as secrecy) - which were fully observed, as a result of which full success was achieved. Moreover, with relatively small losses of manpower.

The temporary failure in Rivne on the 9 of July was explained by the vastness of the tasks that fell on the Cavalry Army (which was supposed to disperse on a wide front), and the passivity of the neighbors - the 12 and 14 armies. 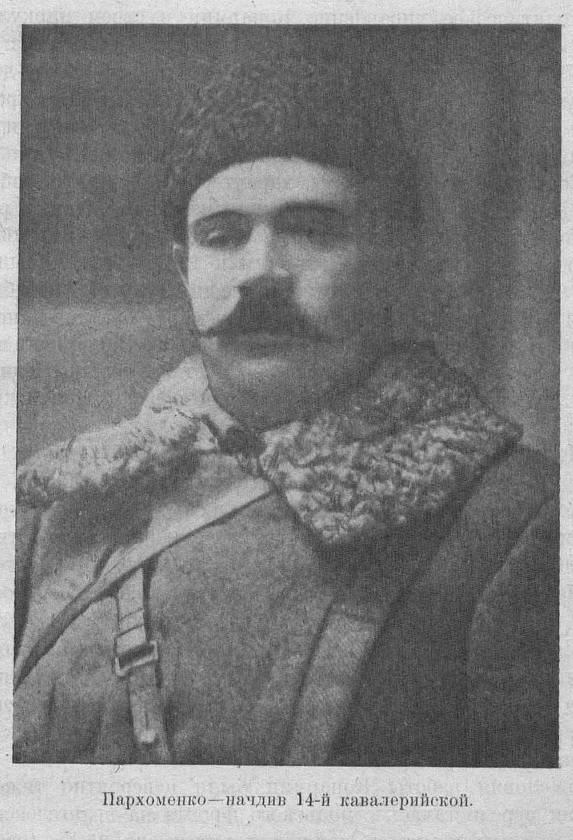 The above operation emphasized the need for widespread use of strategic cavalry in large-scale combined-arms operations of fronts - without fear of deep penetration into the enemy’s position (in the form of raids). In this case, the actions of the strategic cavalry should have been consolidated by the nomination on its outer flanks of persistent infantry divisions from the composition of the nearest front armies or by the corresponding group of front armies. At the same time, large horse masses (no less than the corps) were not afraid to break away from the general front line at the 5 - 6 transitions forward.

The work of the bulky army rear only affected the end of the Rivne operation - and this was due to the happy combination of railways in the immediate rear of the army. Work on the restoration of railways was carried out quite quickly - auto-cart transport was organized from Zhytomyr to Novograd-Volynsk and then to Rivne, permanent telegraph lines were restored. 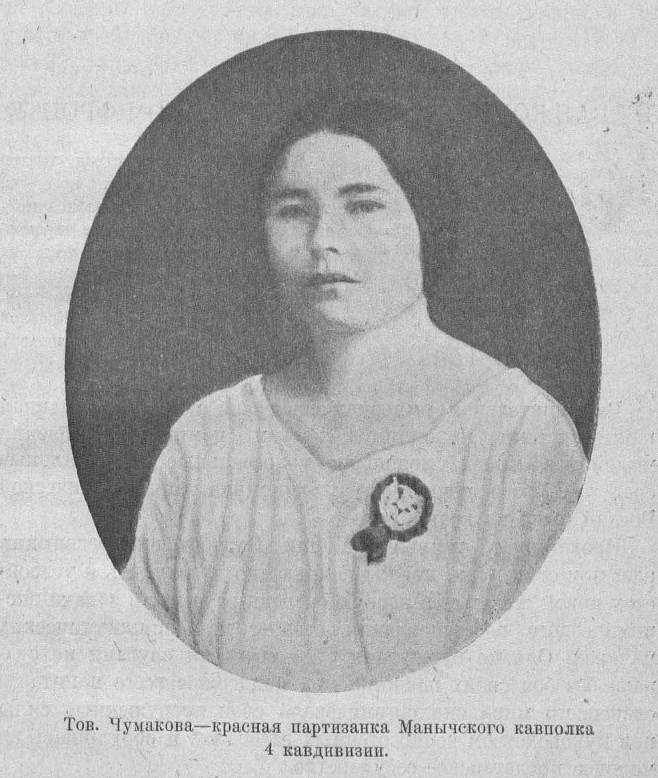 From a tactical point of view, the need for thorough, continuous, deep reconnaissance of the enemy (long-range reconnaissance), the ability to coordinate their actions with neighboring units and the manifestation of initiative by commanders in performing local combat missions are obvious. Failure to fulfill these conditions led to such “accidents” as the temporary failure of the Horse Army on the 9 of July at Rivne or the actions of the 11 and, especially, 14, cavalry divisions against the enemy group, moving away from Ostrog to Dubno. Instead of completely defeating this group, these divisions gave it the opportunity to safely leave for the city of Kremenets.

The operation showed that strategic cavalry can equally successfully fight in equestrian and pedestrian systems, making extensive use of firearms. And the 1 I Cavalry Army proved this brilliantly - with its successful actions in the vastness of Western Ukraine.