In Russia, developed a new KR "Onyx-M" with an increased firing range

25 September 2019
126
Onyx sea-based cruise missile received a new version. The Onyx-M cruise missile with an increased firing range was developed by NPO Mashinostroeniya. This was reported by TASS with reference to two sources in the Russian defense industry. 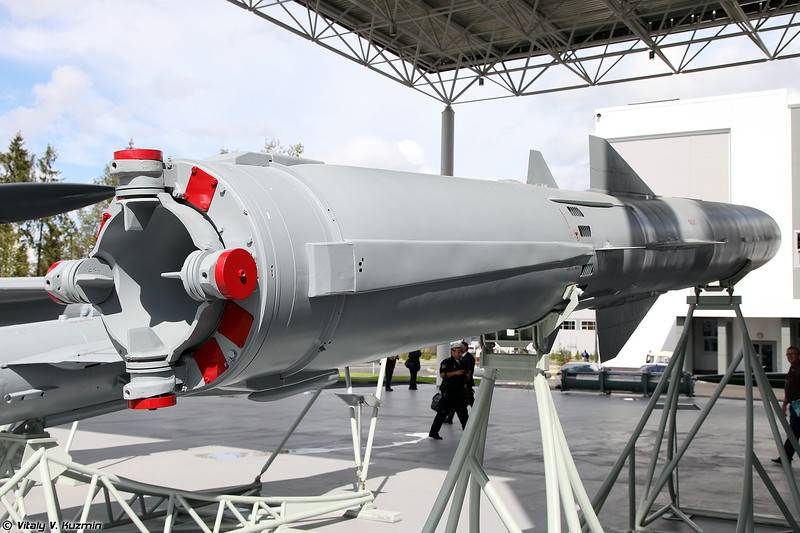 According to the agency, the NPO Mashinostroeniya based on the Onyx missile system, which is in service, has developed a new sea-based Onyx-M cruise missile with a maximum firing range of 800 km and increased accuracy of destruction. The missile is equipped with an advanced control system that allows you to hit targets with great accuracy, and it also has increased protection against electronic warfare. Tests of the new CD will begin soon.

Based on the Onyx cruise missile in service, a new version was developed - Onyx-M, which received a maximum range of 800 km
- the agency cites the words of one of the sources.

According to available information, the tests of the new rocket were supposed to begin in the first ten days of September at one of the Northern fleetHowever, they were postponed due to the need for additional verification of rocket prototypes. According to the interlocutor of the agency, flight tests will begin within one to two months.

It is specified that the mass and overall characteristics of the Onyx-M cruise missile remained the same as that of the Onyx, which is in service, it can also carry both a conventional and a nuclear warhead.

It was previously reported that the maximum firing range of Onyx (Yakhont) is 300 km. The maximum rocket speed is 2,5 sound speeds at high altitude, the mass of a conventional warhead is 250 kg.