25 September 2019
98
Probably, there is no more "hackneyed" topic in specialized military publications than the theme of special forces. If you wish, in open sources you can find so much interesting and so much invented by journalists that breathtaking. The topic periodically arises and disappears just as quickly depending on the next victory or defeat of the special forces of any army in the world. Or when it is simply necessary to convince readers of the impending horror that awaits them literally tomorrow. 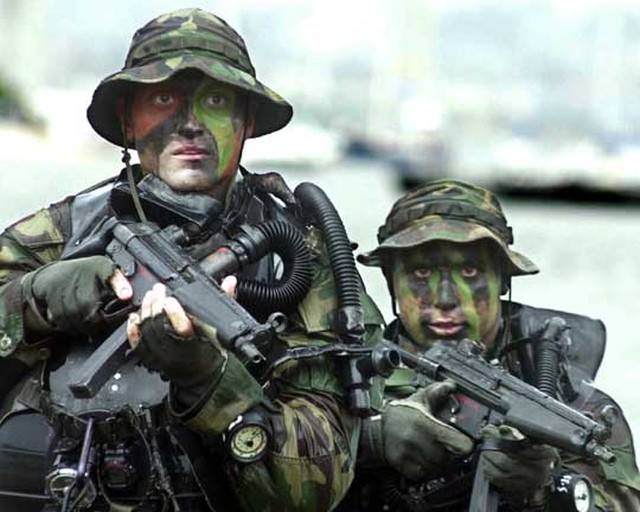 Horror on the far reaches of Europe

Now such horror is for some reason necessary on the far reaches of Europe. Although the author has his own opinion on this “for some reason,” he does not have any supporting facts. Therefore, it would be more correct to pretend that this is a phenomenon incomprehensible to anyone.

So, in the Spanish newspaper AB.es, another article was published on the “terrible units” of the world’s armies, entitled: “Fur seals” versus the Russian “special forces”: which of the elite units is the deadliest in the world? For those who want to learn something new about special forces, there is nothing new there, as in this material.

I want to say right away that for Spanish journalists, judging by the text of the article, the topic is "dense", like the South American jungle or the Russian taiga. And the material is more likely to be an advertisement for "fur seals" than at least some attempt to compare the training and capabilities of soldiers of different armies. So, in the aspect stated by the authors, it is generally not worth discussing this article.

You should not compare the capabilities of special units of different countries, as well as special forces in general. Any unit has clearly defined tasks for which it is preparing. Does anyone doubt the capabilities of the Wolfhounds from Alpha? In their ability to conduct anti-terrorist operations or capture (destroy) the RDG of a potential enemy? But the work of this special forces “at zero” or “behind the ribbon” is doubtful. Other skills are needed there.

In the end, what is the training of specialists? This is just a competent selection of candidates. Further, psychophysical training, general physical training and teaching techniques and working skills of a particular unit. In general, the differences appear in the last paragraph. In tactical and special training, if more specifically.

The Spaniards in their article talk in sufficient detail about the admission to the US Navy special forces “Seals”. About what difficulties the selected candidates experience in training. The pinnacle of “terrible preparation” is, according to the authors, “a week in hell”, when fighters work continuously for five days during exercises at the base in Coronado. The usual, in general, survival course in the preparation of specialists. 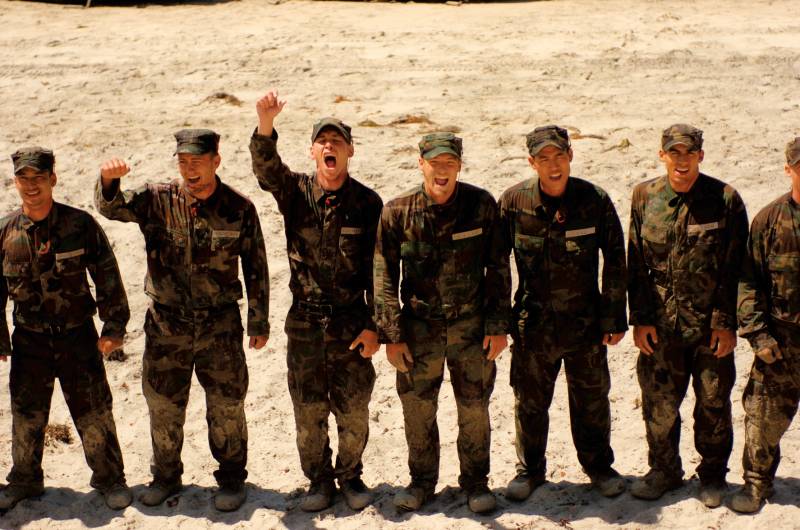 It is doubtful that these same “seals” will be able to get a maroon beret in the special forces unit of the Russian National Guard. In the same way, how to qualify for some other special forces of our armed forces. Even in their own secret structure Team 6 (Team 6) it will be difficult for them to get into.

By the way, another special unit closed to the public is also mentioned - the Delta Force. The very 1th special operations detachment to carry out "especially delicate tasks." The group is so classified that fighters, even while at military bases in the United States, do not wear uniforms and are represented as civil servants of the United States Army. And the operations of this detachment, which became known in connection with major failures, speak precisely of “delicate” operations, when truly specialists are required. Naturally, the press is silent about victories.

But what about the Russians?

But what about Russian special forces? Who should Europeans be afraid of today? And then everything is covered in darkness of mystery. Naturally, for Europeans from Spain. Especially mysterious are the Special Forces of the GRU and the Special Forces of the FSB. Accordingly, those who can organize many problems for the enemy in a special period, and those who can organize these problems, organized by similar structures of other armies in our territory, can quickly be eliminated.

If you discard beautiful words, nothing is known about Russian special forces. Even though the Internet is full of videos about the operations performed. I will give an example of what exactly is known about Russian special forces, according to the authors of the article. I repeat, do not hope to find at least a grain of new material. Horror only then will be scary if no one can understand its essence.

So, Russian fighters pay great attention to sambo, a wrestling system that is specially created for specifically special forces and is very different from sambo wrestling. Further, fighters are trained using live ammunition and real explosives (which is why in the Russian special forces one of the highest mortality rates in the training process in the world). Special forces may act as part of a unit (8-10 people), as part of a group (2-3 people) and individually.

The biggest failure of Russian special forces in the West is considered the events in Beslan. This refers to the assault by the Alpha fighters on the school seized by the militants. When not only the fighters of the elite unit died, but also a lot of hostages. Total losses - 370 people. By the way, the authors do not talk about other units that would act in such situations and conduct a better operation.

In order to help authors from the ABC to scare fellow citizens with Russian special forces more strongly, I will quote the selection of the GRU Special Forces of the USSR Ministry of Defense, written by former GRU fighters Anatoly Efimovich Taras and Fedor Dmitrievich Zarutsky (“Scout training: GRU special forces system”):

Captain Dmitry Pokramovich, commander of a separate guards intelligence, Hero of the Soviet Union, decided the selection as follows: “After a forty-kilometer crossing, Pokramovich suddenly turned the company into a chain, overcame plowing in a plast form, then followed by a march, then again crawled in a plastic way, and when the scouts in their sweaty eyes floated red and green circles (it seemed another meter - and the spirit was out), then followed a command as sharp as a shot: “Become one line!”
The scouts lined up facing the commander, carried out a roll call in order of numbers and the number called by the last soldier irrevocably meant the list of the company for today. Those who are late and lagging are expelled immediately. Pokramovich did not accept any explanation ...

So why again raised the topic of special forces in the Spanish press? Especially so clumsy and superficial. The answer will be given to us by politicians. In almost all European countries, and in Russia, not to mention the United States, the thesis that the world has come to the point where any, even the smallest regional conflict can easily escalate into a world war can be heard today.

Under these conditions, the military began to actively pressure the parliaments and governments of their countries in order to increase the budget of the armed forces. This is where the next “scarecrows” come from. Why Russian special forces? Well, you must agree, to frighten the Spaniards with the sudden appearance of Russians tanks or a breakthrough of the Russian divisions to Madrid is complicated.

And the unknown and terrible special forces for this is quite suitable. Terrible killer monsters capable of destroying the companies and battalions of ordinary infantrymen alone, and taking the capital of the country as part of a company without much difficulty. What could be more convenient in order to frighten the population raised by Hollywood? Russian special forces, similar to aliens from horror films ...

This could finish the material. However historical experience suggests that often large wars start in small and not at all aggressive countries. They begin "out of fear of being conquered." The escalation of fear occurs everywhere. And faith in their own army, especially in European countries, is ever less. Draw conclusions ...