In the Black Sea, the exercises of the Naval forces of Ukraine began

24 September 2019
68
In the Black Sea, exercises began with the Naval Forces of Ukraine. The access to the sea from the mooring wall of Odessa was carried out by the naval boat group of the Navy. 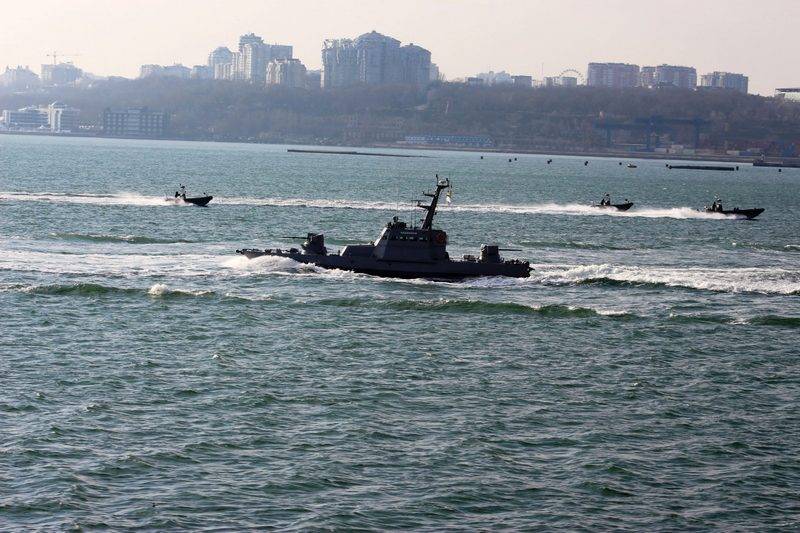 According to the resource of the Ministry of Defense of Ukraine "Armyinform", ships, boats and vessels of the Naval Forces of Ukraine entered the northwestern part of the Black Sea to carry out combat training tasks. It is reported that during the maneuvers, the crews of the ships will work out coherence, carry out weapons checks and practice communication.

(...) at sea, sailors will learn to maneuver and evade conditional enemy attacks, conduct a series of naval combat exercises, for example, a battle with an enemy ship, will repel air attacks, will fight enemy underwater saboteurs in an unprotected raid, and will work out the elements of training from mine action
- The Navy said in a statement.

At the same time, the crews of the boats will carry out firing at sea and air targets, as well as work out assistance to the emergency ship. Together with the sea aviation crews of boats will rescue personnel who have suffered a disaster and are on the surface of the water.

The report does not indicate the forces and means that take part in the naval exercises of the Navy in the Black Sea.

Earlier it was reported that Ukraine is reviving the program for the construction of a series of 58250 project corvettes. At the first stage, it is planned to complete the head corvette "Vladimir the Great" with the delivery of the ship of the Navy before the end of the 2023 of the year. Moreover, the budget does not provide for the allocation of funds for this program.