Day against totalitarianism and authoritarianism. Or with Russia?

25 September 2019
81
The European Parliament blamed the unleashing of the Second World War on the USSR and Stalin personally to the same extent as Hitler in his resolution “On the Importance of European Memory for the Future of Europe”. The EP, as it were, wrote down this in his memory, identifying Hitler and Stalin on the fact of the German-Soviet treaty of the 1939 of the year, the Molotov-Ribbentrop Pact, and condemned it and equalized Nazi Germany and the USSR. And he forgot about Western aiding Hitler in unleashing the Second World War. 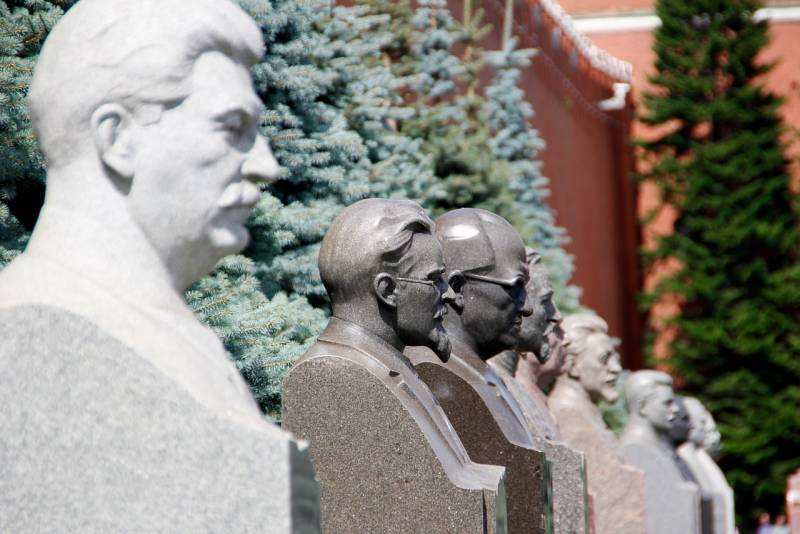 The truth must be told to the end

Well, the European “truth” needs to be told to the end, it is necessary to recall the Munich Conference of 1938 of the year of Hitler with Mussolini and Chamberlain with Daladier and lay the same blame on them, and identify with Hitler. With no less reason can be considered the reason for the Second World Pact of Hitler - Mussolini - Chamberlain - Daladier, since it was earlier than 1939 and led to the capture of Czechoslovakia by Hitler with the consent of its European democratic allies of Great Britain and France.

The EP also commemorated the victims of Stalinism, Nazism and other totalitarian and authoritarian regimes. To increase the sustainability of European and Western democracy. We must commemorate the victims of European and American democracy in Yugoslavia, the Middle East, Vietnam, Latin America from humanitarian bombing and pro-American coups d'etat, and in Ukraine from Nazi-patriotic Bandera death squads and SBU.

This is an ideological war, you need to call a spade a spade, the European Parliament officially opened historical front of this war with Russia. At the same time, with his characteristic cynicism, the EP depicts European democracy as the “victim” of Russia's information war, which threatens to “try to whitewash Stalinism”. Russia condemns it for “whitewashing”, but Europe only calls to ban neo-Nazi and neo-fascist groups, which in Russia, we note, do not exist.

The natural answer is: to condemn Europe and the European Parliament personally for creating the conditions for the activities of neo-Nazi groups in their territory, and recognize this as a threat to Russia, which probably requires sanctions to be taken. To condemn European democracy for supporting and justifying the neo-fascist Bandera regime in Ukraine and consider this a step towards preparing a new world war.

While our Foreign Ministry is on the siding

Why aren’t we saying anything like this or almost not talking in a public field? What Chamberlain and Daladier - Hitler's accomplices in the preparation and beginning of World War II? Our Foreign Ministry cannot say this by its status, our imperial past does not seem to allow such impolite passages, but here we are, free bloggers, we can talk about this in the framework of freedom of speech. Let's help our Foreign Ministry! And we demand from Europe to immediately condemn Chamberlain and Daladier and admit that they were Hitler's accomplices in starting a war.

Recall to Europe that Stalin in 1938 invited Chamberlain and Daladier to fight against Hitler for Czechoslovakia, but they refused and surrendered Czechoslovakia to Hitler. Chamberlain flew in from the Munich Conference and announced in London: “I have brought peace!” He lied, he brought the Munich conspiracy with Hitler, and it is time for us to raise this issue on all its historical scale.

It was London, Paris and Washington that helped Hitler finance and remove the restrictions of the First World War to stand on its feet, this is a historical fact. Hitler's first serious trophy, together with Poland, was Czechoslovakia with its heavy military industry, and he obtained it through diplomatic means at the Munich conference at Chamberlain and Daladier. They simply gave Hitler the military-industrial potential of Czechoslovakia, while Stalin offered to fight against Hitler.

The partition of Czechoslovakia and the beginning of its occupation in parts of October 1 1938 of the year fascist Germany and Pilsuda Poland can rightfully be considered the beginning of World War II. Hitler’s attack on his accomplice to Poland on 1 of September 1939 of the year is considered to be a continuation of it: accomplices did not divide the loot. The war began on the day the Nazi troops entered Czechoslovakia, as a result of this the Central European state disappeared from the map, to Poland, but with the participation of Poland and with the blessing of Britain and France. Czechoslovakia did not resist? Yes, after all, even Paris and London, who were de facto allies of Hitler, were denied false guarantees to Prague. However, there was one almost hour-long battle in March of the 1939 in the Czech Republic with invading fascists, so there is a formal reason.

Amid Hitler’s complete capture of Czechoslovakia on 15 of March 1939 and the final failure of London and Paris, Stalin’s idea of ​​creating a collective security system in Europe against Hitler, the Soviet Union was forced to adhere to the policy of "every man for himself." Therefore, Moscow accepted the initiative of Berlin to conclude a non-aggression pact in August 1939, the so-called Molotov-Ribbentrop Pact. And what else did Moscow have to do after the conclusion of the Hitler-Mussolini-Chamberlain-Daladier Pact?