Who can bite the "Gadfly"? 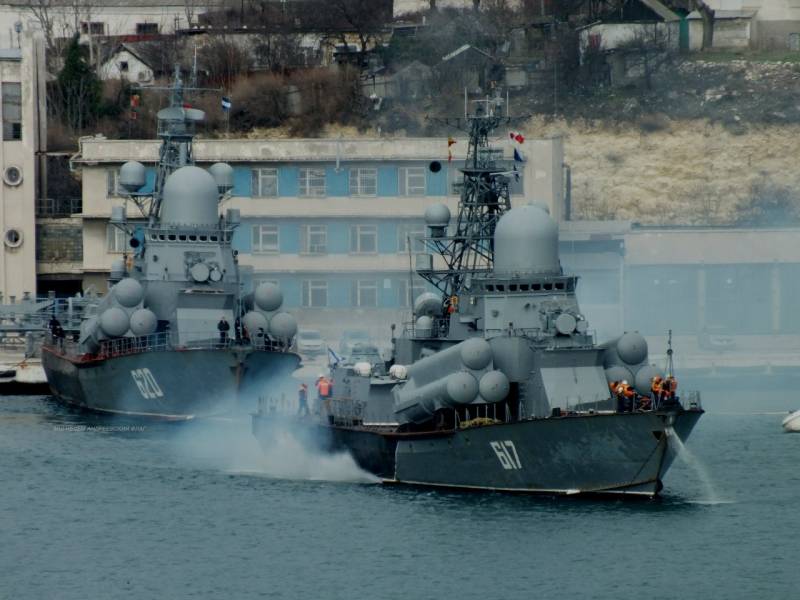 How to evaluate it correctly, where to attribute it: to success or not?

In order to understand everything correctly, you need to plunge into historyThat, good, does not cause problems.

The middle of the 60's of the last century. This is yes, already a story. But it was then that work began on the ships of the project, intended for warfare in closed seas and the near ocean zone.

It was not possible to meet the allotted tonnage for missile boats, and therefore, in general, a new class was born, which we got the name of small missile ships (RTOs). The ships of the 12341 project had tonnage of 640 tons, while the missile boats were packed in 500 tons and less. 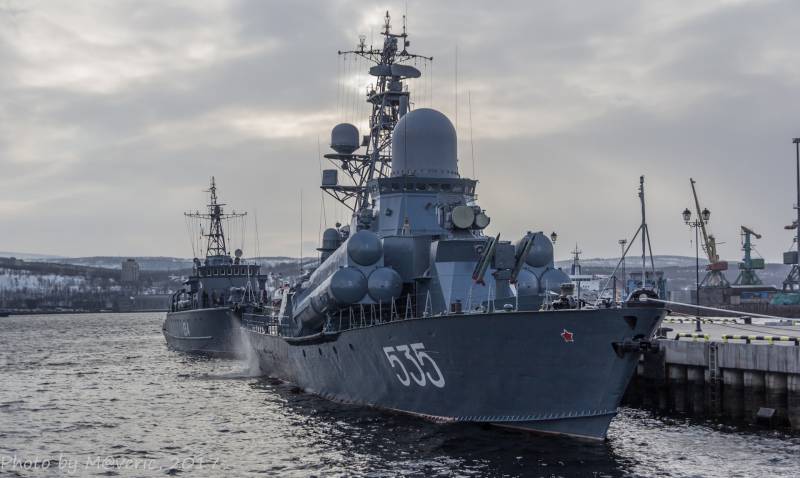 Our potential, evaluating the armament of the RTOs without further ado, brought them into the class of corvettes.

Indeed, at the time of their entry into the combat watch, the Ovoda were very toothy and problematic ships for the enemy. They still remained small in size, quite nimble (35 nodes) and had a very impressive range: 4 000 miles at 12 nodes and 1800 at 18 tees.

And the weapons seemed to be in full order. 6 Malachite anti-ship missiles, AK-176 and AK-630 artillery mounts, as well as the Osa-MA anti-aircraft missile system with ammunition in the 20 anti-aircraft guided missiles.

There were significant flaws. Seaworthiness limped on both legs, starting with medium excitement. And in a strong pitching, the operation of the ships caused criticism and vicious grumbling of the crews.

The second huge drawback was the use of lightweight aluminum-magnesium alloys of the AMg61 brand in the construction of ships in the structures of the hull superstructure. Light alloys are less durable than steel alloys and, in the event of a fire, are easily ignited, burn quickly and melt, making it difficult to fight for the survivability of the ship.

An example of this is the death of the Monsoon, which hit a missile target launched from another boat. The crew, knocked out by a rocket explosion and a fire that began with the ignition of rocket fuel and an oxidizer, could not fight for the survivability of the ship. As a result, as a result of the disaster, 39 crew members died, another 37 people were saved. But there is also the Commander of the Primorsky Flotilla Rear Admiral Golovko put his mind and skills.

By the way, the MPK-9 sold to Libya, also known as Tariq Ibn Ziyad, also burned down. True, in a real battle. 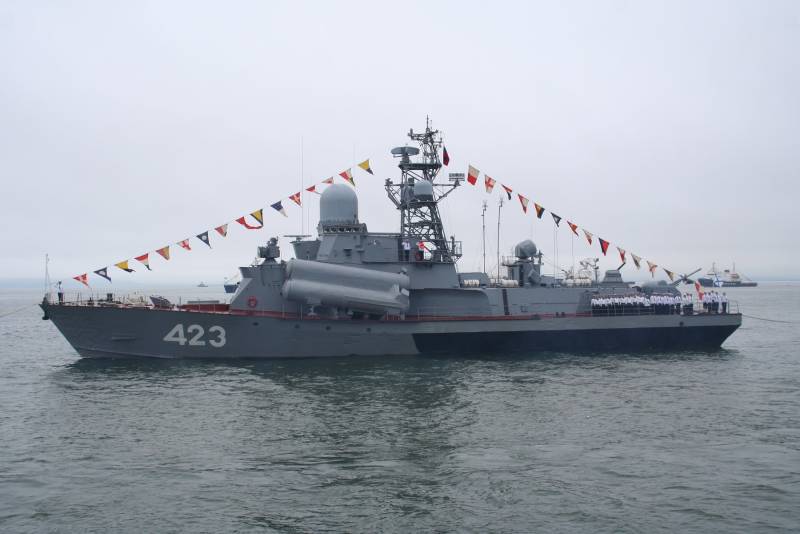 In general, let's say this: the ship is not without flaws. Plus, frankly weak protection against air attacks. This was shown by the death of "Monsoon", and the Libyan "Ean Zara" and "Ean Zaquit", which could not fend off attacks from the air.

But we, of course, are interested in those ships that are still in service, and, therefore, will go for this very modernization. That is the 1234.1 project.

"Calm" and "Iceberg". In service since the 1979 year. Forty-year-old ships, one might say, are veterans. I can’t say that their presence makes me so happy, 40 years is the deadline.

The youngest is Spill. In service since the 1992 year. "Just something" 27 years. 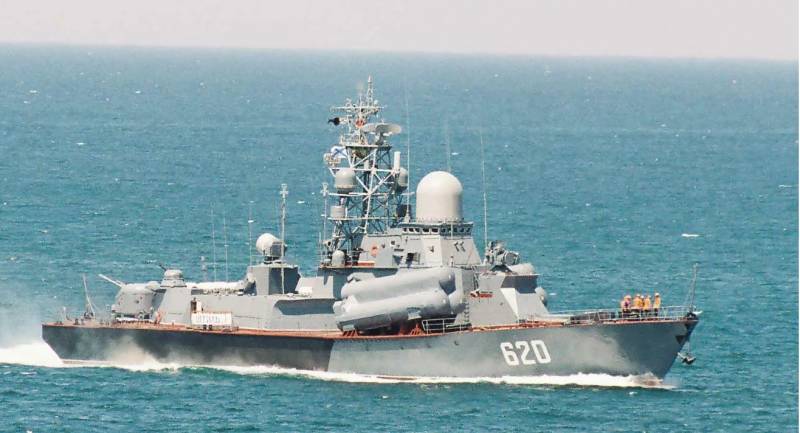 In addition, artillery mounts will be replaced with more modern AK-176MA and AK-630M.

X-35 “Uranus” is more interesting than “Malachite”. The missile is equipped with a penetrating high-explosive fragmentation warhead, which is designed to destroy missile, torpedo, artillery boats, surface ships with a displacement of up to 5000 tons and sea transports. Plus good protection against electronic countermeasures.

But the main bonus is that Uranus can be used for ground targets, which automatically makes the RTOs a theoretical participant in landing operations, quite capable of supporting the landing.

Well, 16 missiles instead of 6 are a significant increase.

In addition, the update will affect the engine compartment of each ship. Sources say that new engines will be installed on RTOs that will be more economical, and in general, the new engine on a forty-year-old ship is a new engine, even if it is Chinese. 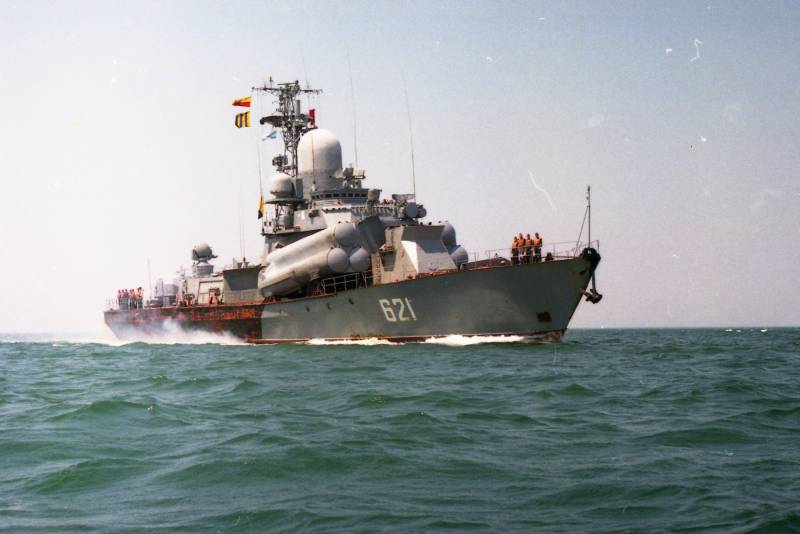 It will be natural to add modern artillery fire control systems, as Gadgets have big problems shooting artillery systems when the excitement is greater than 4 points.

Many experts who spoke out believe that in fact all these innovations will give the Gadfly a second life. And at the end of modernization, these ships will meet the most modern requirements of naval combat.

It is clear that these RTOs will not fight against American AUGs. There are no chances, but in the waters of the Baltic and Black Sea “puddles” they can be very useful. Well, in the islands of the Pacific Ocean.

Even a few relatively small ships carrying one and a half dozen stealth and universal missiles protected from interference are serious.

The idea is not bad. In general, the idea of ​​reconstructing a “mosquito” fleet with modern missiles looks very, very optimistic, and most importantly, unlike all the aircraft carriers and destroyers of a terrible tonnage with nuclear propulsion systems, it is feasible. 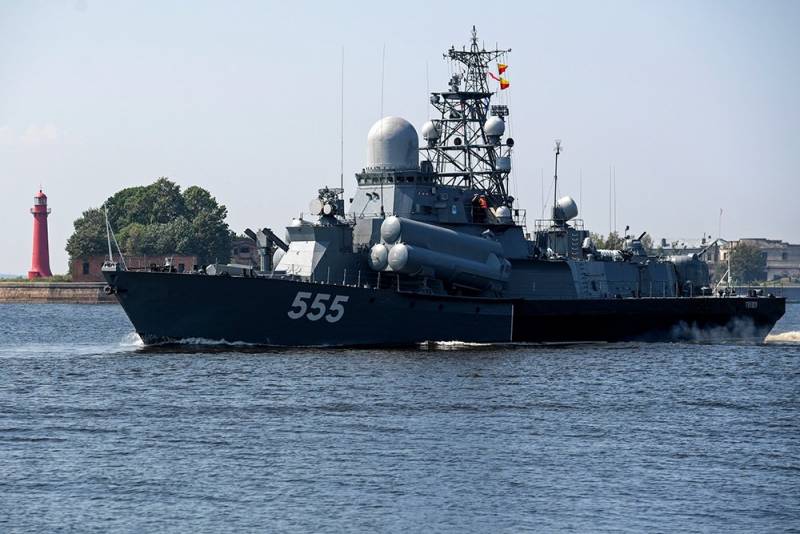 But here, of course, there is a "but." This is the number and age of the ships. Still, 12 ships in three fleets, this, you see, is not very much. But better than nothing.

But age ... From 40 to 27. It is clear that even a deep modernization will give an effect faster than the construction of new ships. But for forty years ... There are such things as metal fatigue, internal corrosion and other “pleasures”.

Will it be possible to seriously count on such "old new" RTOs? Of course, time will tell, but concerns remain.

We are short of ships. We really lack modern ships. We are short of new ships. Conceived with the old XRNM project RTOs are crutches. This, of course, is better than nothing, but these are prostheses instead of legs.

If we want to have real protection of the sea (and not only) borders, we first of all need to spend money not on creating frankly stupid and useless projects of aircraft carriers and destroyers, over which the whole world will laugh, but to restore shipbuilding enterprises and build on them the ships we needed yesterday.

Author:
Roman Skomorokhov
Articles from this series:
And in the Pacific Ocean they finished their campaign ...