Is the Chinese “spring” coming?

July 12 2012
15
In Russia, the concept of "plant", despite the recent attempt to resuscitate the defense industry, has moved into the industrial Soviet past and seems to many citizens to be archaic, taken from somewhere in the ancient era of "proletarians." But in China - the opposite is true. The basis of the Chinese economy is not at all “post-industrial,” that is, not at all what Alvin Toffler called the “third wave.” (And there can be no non-industrial economy: all this is fiction of armchair scientists, alas, far from life).

In the Celestial Empire, it comes to the fact that the construction of another industrial enterprise can cause mass protests - no, not akin to those that are headed by Messrs. Navalny, Yashin or here Ksenia Sobchak in Russia. And the scale of the protests in China is different. 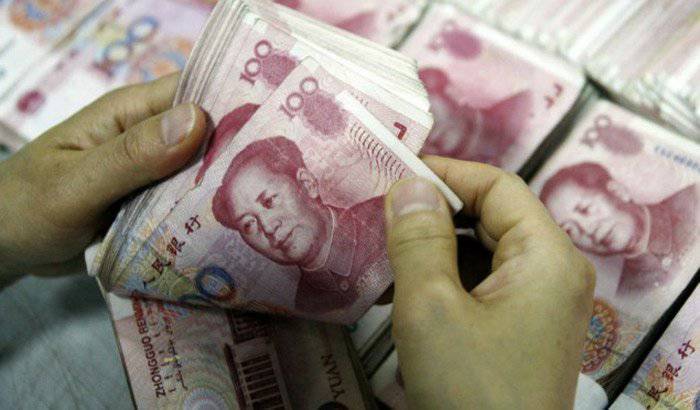 In Sichuan Province of China recently passed protestwhich was about 430 thousands of people. This huge crowd objected to the construction of a metallurgical plant in Shifan. Environmentally harmful plant, of course.

Protesting citizens threw bricks and water bottles into the windows of government offices, smashed cars and fought law enforcement officers. Citizens did not want to build a plant, but the authorities did not go to meet the citizens. As a result, several law enforcement officials protesting injured, and among the demonstrators in the hospital turned out to be 13 people. Reportedly also about the death of one student.

The Chinese Navalny, who are calling on the Internet for the “jasmine revolution”, are severely persecuted by the authorities. Bloggers, journalists, human rights activists are punished. At the beginning of 2012, 6 people were arrested by the police and 16 sites were closed, through which information about the actions of the Chinese security forces was spread. "Anyone who instigated the riots, planned or organized them, who participated in the looting and plunder, will be severely punished, - stated in the Chinese law enforcement agencies about the latest protest because of the plant. “Everyone who used the Internet, mobile phones and other methods to incite or organize rallies, protest marches and demonstrations, must immediately cease their illegal activities.”

True, the protesters continued to demonstrate after such statements.

In China, they seriously fear that the opposition "spring", which continues in the Arab world, will also affect the Middle Kingdom: of course, in view of the Chinese realities. However, they revolt in China for a long time, and the “scenario” of government actions does not change. The protest action related to the construction of the next plant is not a reason for statements about the “jasmine revolution”. In the same way, the next “swamp” performance in Moscow is not a reason for loud statements that a truly democratic “civil society” was born in Russia, in which everyone is equal to everyone (“but some are more equal than others,” Orwell would add) . No, it was not born, and not necessary. It was born and decay safely in London, where the Vice Premier hoisted the flag of homosexuals over the Cabinet Secretariat the other day, and in the USA, where the Gay and Lesbian Pride Day was recently celebrated at the Pentagon, but we don’t need that happiness. But it is, by the way.

In China, the number of local riots of discontent - whether the reason for the construction of a harmful plant or corruption of officials - has passed for 20.000 per year. The number is impressive. Russia is far from such indicators. And they say that freedom of speech, freedom of assembly, and other democratic freedoms are completely strangled in China. Analysts, considering this enormous number, speak of a possible transition of quantity into quality, in accordance with a known law.

Another reason for the discontent of ordinary Chinese - gulf of social stratification: seven dozen billionaires and half a million millionaires against 160 millions of Chinese who survive beyond poverty, and 700 millions balancing on this line. Four fifths of the PRC population are peasants living in poor provinces; 120 of millions of them moved to the rich east, where most of them live and work in about the same conditions as guest workers in the Russian Federation.

More than half a year on the Chinese Internet, including in the blogs of the influential party publication Renmin Ribao campaign is in progress on exposing the "bloody crimes" of Mao Zedong and the hypocrisy of the Chinese elites. The latter, according to the whistleblowers, "moved their families and funds to the United States, while they themselves extol the socialist system." The notions of the “Chinese famine” (from the period of the “big leap”) and the “land of barefoot” (the so-called China) are included in the new Chinese political language. New words and expressions are accompanied by arguments about the advantages of Western democracy. Not without a strong dose of dirt. According to many experts, the virtual lawlessness was the result of the confrontation of clans headed by Chairman Hu Jintao and former party leader Jiang Zemin. The arrest of Bo Xilai, rumors of a military coup and the fact that the main corrupt officials in China are the military elite and the Xi Jinping family are all episodes of a single democratic process, very reminiscent of the sad era of Soviet perestroika, which ended in "liberal reforms": freezing contributions to Sberbank, vouchers, private investment funds and Chubais privatization in the interests of the oligarchy. The outcome of the reforms were rabid inflation, a decrease in the population from poverty, alcoholism and a reduction in the birth rate, the collapse of industry, science and the education system.

With the fall in the growth rate of the Chinese economy and the statements of various experts about the powerful new phase of the global crisis, there will certainly be a basis for connecting dissatisfied “lowers” ​​and updated “tops”. That is, this is not about a revolution similar to the “Arab Spring”, but about a possible change of elites in China — which analysts and ideologues like Professor Zhang Jian (from about thirty years old) who have learned in the intellectual centers of the West will give assent: Chicago, and then at Oxford. Zhang, for example, learned at Columbia University USA. After graduation, he began teaching at Peking University - by the way, at the Faculty of Management. The most suitable place to prepare a shift of governing elites.

Zhang is a classical liberal who supports the free market and, of course, political reforms. What kind of liberal without reform? .. Professor right declares: "I would like the overall system of China to become more like the UK or the United States." Zhang was educated on the books of such liberalists as Karl Popper (author of the book “Open Society and His Enemies”) and Milton Friedman, monetarist, Nobel Prize winner in economics, famous for the fact that Chubais, Gaidar used his theories and other reformers in post-perestroika Russia.

However, in addition to the liberals, that is, the “rightists”, there are also “leftists” in the People's Republic of China — and those who received education in the democratic West as well. The main difference between these leftists and the rightists described above is the thesis of a strong socialist state (despite the fact that they do not completely reject the market).

For example, Cui Zhiyuan, a graduate of the Massachusetts Institute of Technology, and now a professor at Tsinghua University, claimsthat China should just free itself from the neoliberal economy.

Another example of the new “Left” in China is Professor Wang Wei. At one time he worked in a factory, and then he was able to go to study at Harvard (a good example of Chinese totalitarianism, isn’t it?)

It is interesting that, seeing with his own eyes how the economic principles of the West work, he, like many other educated Chinese, was disappointed.

At the same time, as noted by Sinologist Andrei Vinogradov, the attitude towards America in China in recent times has been more than cool. A. Vinogradov пишетthat he was personally convinced of this “in conversations with the Chinese, representing completely different strata of society (ranging from scientists to taxi drivers and businessmen). It is not without reason that in China there is a saying that the Chinese are the only ones who defeated the USA in the twentieth century in three wars. ”

The United States, according to A. Vinogradov, is viewed by China as the main geopolitical adversary. It is impossible not to add to this that the United States regards the PRC as the first strategic enemy on the planet. That is why the military resources will reorient America to the APR. Mitt Romney, who keeps saying everything about Russia as a geopolitical enemy №1, is simply not in the know.

The economic neoliberalism of M. Friedman in China simply does not take root. For the past thirty years, Beijing has been going uphill, despite the current slight slowdown. And America, unpopular in China, like the European Union, is becoming increasingly bogged down in the depths of the crisis.

Therefore, in China today we can expect changes, but rather gradual and socially oriented, rather than “shock”, clumsily worked out according to monetarist scenarios. In 2010, the Chinese peasants pensions appeared - and after all they were not there before. Salaries are rising - by 12-15% per year. In China, a worker can get an apartment or an interest-free loan for it, as well as to buy a car. With a liberal-type market model, such facts immediately go into the realm of fantasy. Peasants therefore go east in China, that they can still feed there. Liberals are able to feed only promises.

Calling on China to make the economy neoliberal, i.e., to ruin it, the West risks a lot: if China’s dependence on Western open economies is great, then the West (especially the crisis one) can’t survive today’s competitive Chinese products. In America alone in retail chains of all goods sold 85% made abroad. 1/5 All goods that can be bought in the USA are made in China.

There are, of course, in the West and sensible people. "After 30 years, - пишет Evan Osnos ("The New Yorker") - China is nearing the end of a period of super-fast growth, but this should not come as a shock. In many ways, this is similar to the rapid growth of other Asian economies, such as South Korea, and this growth sooner or later gives way to a slowdown. However, they are able to quickly recover from a recession. ”

No, liberalism will not pass in China.