22 September 2019
22
A video of firing ships of the Arctic grouping of the North appeared on the Web fleet in the area of ​​the Franz Josef Land archipelago in the north of the Barents Sea. The large anti-submarine ship Vice Admiral Kulakov and the BDK Alexander Otrakovsky and Kondopoga took part in the firing exercises. 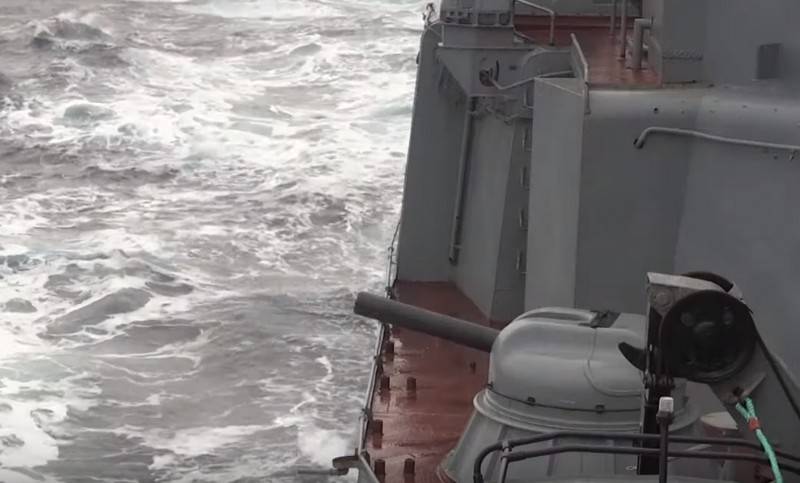 According to the Ministry of Defense, the grouping of ships of the Northern Fleet worked out on exercises to repel an enemy air attack from various heights. To repulse the conditional enemy’s attacks, the crews of the Vice Admiral Kulakov and Alexander Otrakovsky and Kondopoga BKK used the Dagger anti-aircraft missile systems, AK-100, AK-725 artillery systems and the AK-630 anti-aircraft system. Shooting took place in stormy conditions with sea waves up to 4 points and gusty wind.

The crews of the large anti-submarine ship "Vice Admiral Kulakov", the large landing ships "Alexander Otrakovsky" and "Kondopoga" worked off the reflection of airborne attack assets of a conditional enemy from various heights and directions
- said in a statement.

In addition, the ship's crews worked out the production of passive and active jamming by electronic warfare systems, and the crew of Vice Admiral Kulakov worked out deep-bomb rocket firing at a conditional enemy submarine.