Ukraine refused to participate in the PACE session

21 September 2019
88
The Ukrainian delegation refused to participate in the autumn session of the Parliamentary Assembly of the Council of Europe (PACE) because of "frank disregard for the interests of Ukraine." According to Verkhovna Rada deputy Bogdan Yaremenko, in this way Kiev reacted to "PACE violation of its own principles." 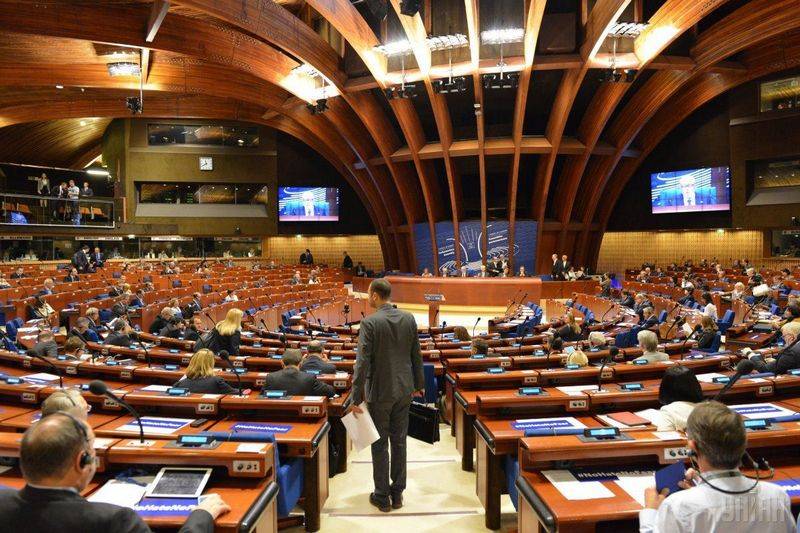 According to Yaremenko, the Ukrainian delegation will not take part in the autumn session of PACE, but will hold consultations with other states to develop "trust in the organization." The main reason for the refusal is "ignoring PACE interests of Ukraine."

Ukraine will refrain from the mission of its delegation to the next PACE session. But it will focus on preparing our delegation and holding consultations with other EU member states in order to develop a plan to restore confidence in PACE. The overwhelming majority of fractions of the Ukrainian parliament supported this approach.
- he wrote in Facebook

Earlier, PACE fully restored the powers of the Russian delegation, despite the objections of Ukraine. After that, Kiev decided not to participate in the autumn session. In this decision, Ukraine supported and also refused to participate in the PACE session Georgia, Latvia, Lithuania, Estonia, Slovakia and Poland.