British Tempest fighter: everything is not as bad as it could be

The military potential of Russia and the strengthening of China are haunted not only by the United States, but also by Europe. If a few years ago one could only joke about European fifth / sixth generation fighters, now at least France and Germany are determined to acquire a large number of such aircraft in the future. And we are talking about completely new aviation complexes that do not yet exist. 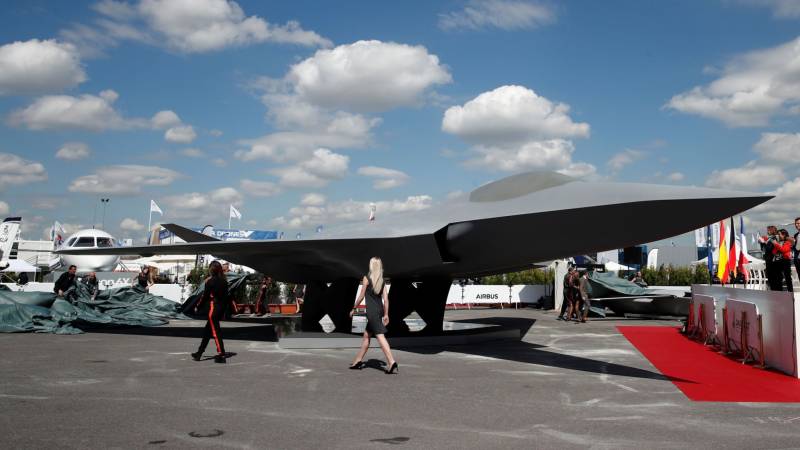 Last year, it became known about the desire of France and Germany to get a new combat aircraft. The program was called not very original - Future Combat Air System, or FCAS. Within its framework, new control systems, new weapons, UAVs, and most importantly, a completely new sixth generation fighter, known as New generation fighter. Its full-size layout was first shown at the French air show in Le Bourget last year.

But what about the British who are about to withdraw from the EU? One of the main brainchild of Brexit can be considered a new generation national fighter. Recall that in July 2018 at the Farnborough Airshow, the British first presented a model of a promising new generation fighter, which they called Tempest. Again, not a very original name: if you recall, that was one of the most powerful fighters of the Second World War - Hawker Tempest.

A lot has already been said about the promising aircraft: in short, it should be a fighter made according to the tailless aerodynamic scheme. If you believe the presentation, he will get two keels deflected to the sides, as well as two engines, which conceptually brings him closer to the F-22, and not to the F-35, which, as you know, has only one engine. Also, the British aircraft should receive a non-binding flashlight: such a solution helps to improve stealth indicators. 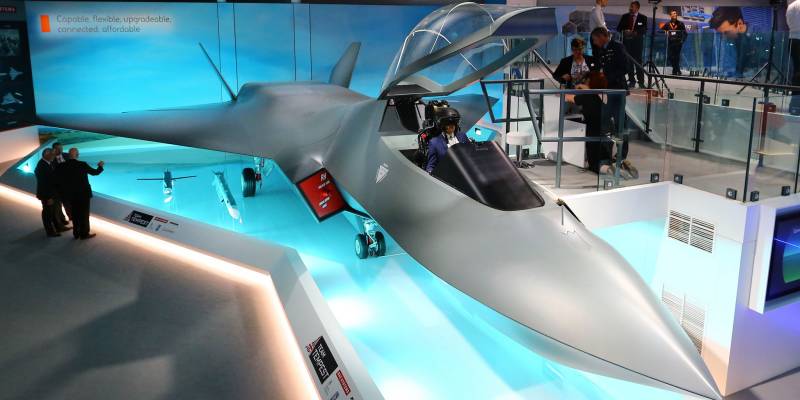 It turns out that, in addition to the F-35 and the “fours” represented by Dassault Rafale and Eurofighter Typhoon, the Europeans will operate two more promising fighters. And here the fun begins. Firstly, these machines (provided, of course, that they will appear at all) will compete fiercely for both the EU internal market and the external one. The military aviation market is generally extremely narrow: de facto it is the exact opposite of the civilian aircraft market. A couple of examples. The newest Boeing 787 Dreamliner has already been produced in a series of more than 870 aircraft, and its competitor Airbus A350 XWB received 2014 orders in April 812.

At the same time, successful in many ways, Dassault Rafale for many years built a modest series of approximately 170 machines. The largest foreign customers, Qatar and India, ordered Rafaley on 36. And most likely there will be no more orders: the fifth generation has already entered into force. Orders for the Russian Su-57, recall, from other countries do not exist.

In this situation, a number of experts rightly suggested that the Tempest program has two ways. The first is to turn off new purchases of F-35 to the "noise" and the second is to inject New Generation Fighter into the development program of the Franco-German fighter. The reason for this is generally understood. The economic potential of France and Germany is not comparable with the British, and the cost of developing a sixth generation fighter can reach 60 billions of dollars and more. That is, it will almost certainly be higher than the cost of developing F-35, for the design of which the Americans spent more than 50 billion dollars. 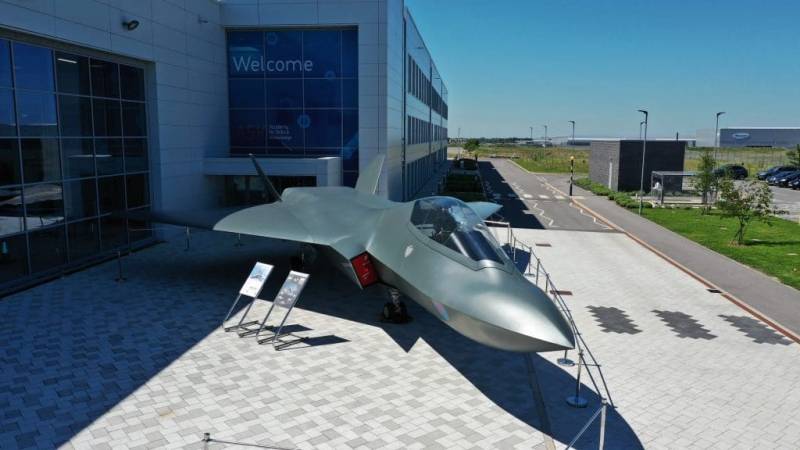 However, “Foggy Arithmetic” does not bother Misty Albion itself; moreover, in recent months, the Tempest program has become several steps closer to its implementation.

What happened? Firstly, in July it became known that Sweden wants to join the program, which, apparently, finally “buried” the fifth-generation national fighter project, widely known in narrow circles as Flygsystem 2020. The reality is that such a machine is not affordable for a small country with a population of ten million people. According to Martin Taylor, chief operating officer of the BAE aviation division, one of the main developers of the aircraft, negotiations with Sweden are "at a very advanced stage." However, the Swedes themselves were more restrained this summer. “If we had an agreement between the Swedish Ministry of Defense and the British Ministry of Defense, we would have made it public,” said a spokesman for the Swedish Ministry of Defense.

But the program is developing, and rapidly. In July of this year, it became known that the British company Aeralis Ltd. signed a memorandum of understanding with the French Thales to develop the concept of a ground-based training and simulation system designed to complement the British Tempest program. Collaboration should include working together to create an architecture for a future information system that integrates data on pilot training, aircraft use and software applications. This confirms the earlier thesis about the development of the aircraft “from within”: when the electronic filling will be created first and only then the aircraft itself.

A truly important event took place later, in September 2019. At the DSEI 2019 exhibition, the Italian government officially announced its accession to the Tempest program. “This is an extremely positive result, achieved through effective and clear work, confirming the highest potential of the Italian defense industry,” the Italian Defense Ministry quotes the words of its head Lorenzo Guerini. 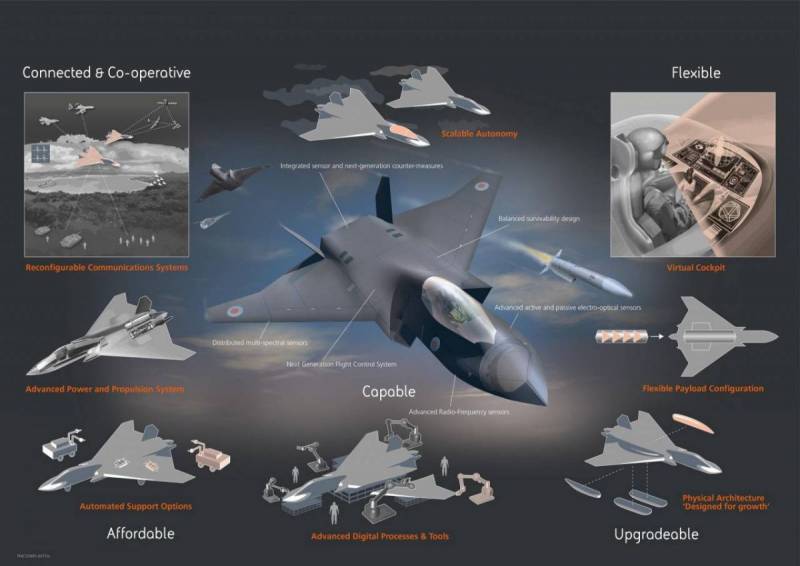 Earlier, we recall, it became known that Leonardo intends to participate in the development of the sixth-generation British fighter, one of the largest engineering holdings in Italy. In addition to him and the British BAE, such large "players" of the world market as MBDA and Rolls Royce will work on the aircraft.

What is the result? Tempest is doing well, contrary to earlier forecasts. What will happen next, time will tell. Much depends on the British’s determination to secede from the EU, and now also on the political situation in Italy, which is very tense and unpredictable. That is, FCAS still has more chances for embodiment in metal. But the British make spectacular presentations ...