21 September 2019
29
Currently, work is underway in the United States to find promising ways to develop air defense. A new concept of a layered complex is being developed, which includes several main components of various kinds. The key element of such an air defense should be the promising anti-aircraft missile system LOWER AD. This project has already passed some early stages, and in the near future a new weapon will be tested. 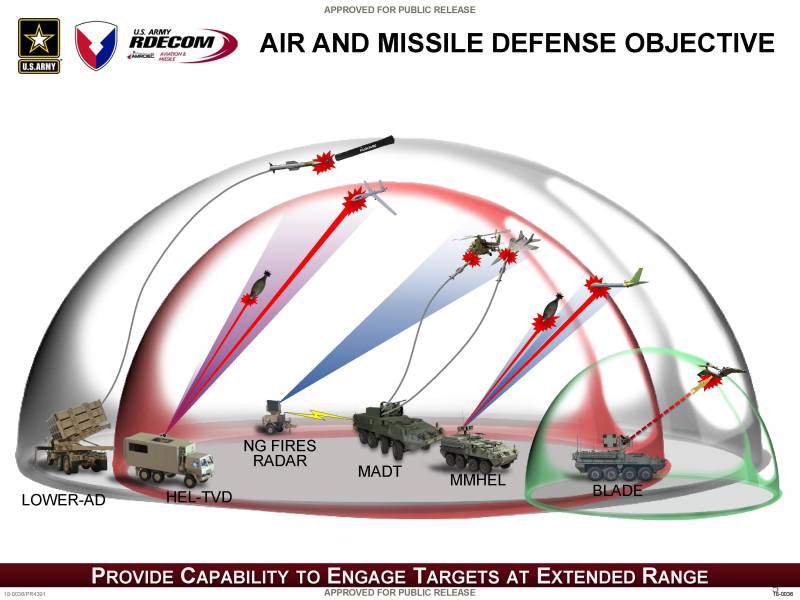 The proposed samples of defense complexes, including LOWER AD

The development of new means of operational-tactical air defense is still carried out mainly at the level of general concepts and the development of technical requirements. The leading role in this process is played by the Combat Capabilities Development Command (CCDC). Last fall, the CCDC announced the main considerations on this subject and revealed possible ways of developing air defense. Over the past time, the development has noticeably advanced, and one of them will soon be put to the test.

The concept of air defense is formed in connection with the emergence of new characteristic threats. In recent years, there has been a steady increase in the risks associated with unmanned aerial vehicles - single or group. The development of precision weapons of all classes also continues. To counter such threats, new defenses are required.

The new defense concept from CCDC provides for the creation of a layered system that includes six “layers” or “domes” that protect a given territory and objects on it. Different “layers” include different means. It is proposed to use new radar systems, laser and missile interception systems. The largest sixth “dome” is proposed to be created using the promising air defense system LOWER AD. Its task is to detect and intercept targets at maximum ranges.

Currently, the Patriot air defense system is the most long-range and effective air defense system in the US Army. It is proposed to supplement this complex with a new, so far known as Low-Cost Extended Range Air Defense (LOWER AD). The first mention of this development dates back to last fall. Since that time, CCDC and related companies managed to carry out part of the necessary work and are now preparing for testing.

The main idea of ​​the LOWER AD project is to create a new simplified and cheaper air defense system, which is inferior to the Patriot in a number of parameters. A less expensive complex will carry a larger number of missiles with a shorter range. His task will be the defeat of subsonic cruise missiles or strike unmanned systems. More complex targets of other types are proposed to be left for the Patriot air defense system. The combined use of Patriot and LOWER AD is expected to provide a favorable ratio of combat effectiveness and operating costs.

Technical details of LOWER AD have not yet been announced, but the main goals of the project, as well as ways to achieve them, are identified. To improve the combat qualities of an air defense system, it is necessary to create a missile launcher of a reduced size, which will increase the ammunition load of the launcher. It is required to find the optimal combination of existing and new components. It is planned to use simpler and cheaper homing heads and warheads with the characteristics at the right level.

The self-propelled launcher shown is based on a three-axle automobile chassis and is equipped with a lifting device for mounting transport and launch containers. According to various sources, such a launcher will be able to carry up to 25 missiles of a new type. From the point of view of the ready-to-use ammunition, such an option LOWER AD can become a real champion among modern American air defense systems.

SAM for LOWER AD looks similar to other products in its class. She can get a cylindrical body with a pointed head fairing, on which two sets of planes will be installed. The technical characteristics of the rocket are still unknown. However, it is clear that in some respects it will lose the Patriot missiles.

Apparently, last year's presentation reflected only the approximate views of the CCDC on the appearance of a promising air defense system. At that time, the LOWER AD project was under development and it cannot be ruled out that its appearance has not yet been determined. Actual models of new types of equipment may differ significantly from those presented earlier.

A few days ago, CCDC announced the completion of part of the design work on LOWER AD. The current state of affairs allows the first tests of air defense systems in a significantly simplified configuration. The first events of this kind may take place in the coming weeks. 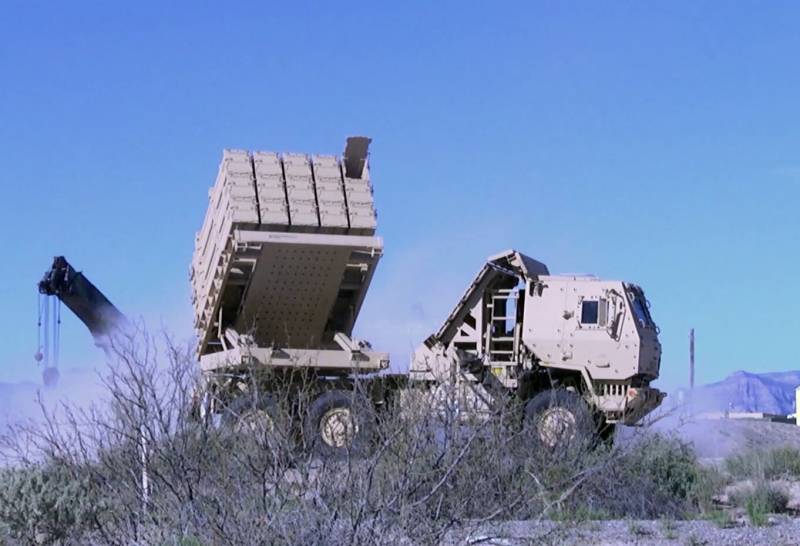 The first throw tests of the prototype rocket are scheduled for the 4 quarter of the 2019 financial year. This means that such tests should take place before the end of September. It is possible that the experimental missiles of a simplified design have already been sent to one of the test sites where test preparations are carried out. Throwing starts will allow you to collect the necessary data for the further development of the project.

Next year it is planned to spend on further development of the project. Full flight tests will begin in fnx 2021 Their main goal will be to test the capabilities of missiles to defeat the air targets of the assigned classes. The completion dates for these activities have not yet been specified. Accordingly, the timing of the adoption of LOWER AD in service remains unknown.

SAM as a solution to problems

Currently, the U.S. Army is armed with several types of anti-aircraft systems that provide solutions to a wide range of tasks. Moreover, the existing air defense has drawbacks and weaknesses. To solve such problems, it is proposed the development of a number of promising samples, including using new principles of work.

Weapons based on new principles are proposed to be supplemented with “traditional” missile systems - the LOWER AD product is considered as such. Its main task will be to help Patriot complexes in organizing air defense systems. "Patriot" can hit different targets, but in some cases it is redundant and unnecessarily expensive. It is proposed to transfer objectives of this kind to the LOWER AD air defense system with increased ammunition from cheaper missiles.

This approach to the development of air defense is of particular interest. The army plans to continue the operation and further development of the Patriot air defense system, but in parallel new systems of different classes and types will be created. The result of the LOWER AD project should be a noticeable restructuring of air defense, capable of providing a solution to all combat missions with greater flexibility of use. An important factor is the ability to use effective, but cheaper missiles.

However, the desired savings are very limited. It is proposed not to modernize the existing air defense systems using cheapened missiles, but to create a new anti-aircraft system. Thus, the technical and economic conclusions from the simplified missile are partially offset by the costs of the development and production of all other LOWER AD elements. For what reason they did not begin to create a new rocket for existing air defense systems - it is unclear.

At the moment, the promising LOWER AD project is in its early stages. Apparently, the main face of the future air defense system was determined and some necessary solutions were found. In the very near future, experimental missiles will undergo throw tests, which will allow to continue designing. More serious results will appear only in 2021 or later.

Information on the results of missile throw tests of the LOWER AD rocket may appear in the very near future. It will allow to more fully consider the new project and more accurately predict its future. However, the most complete and accurate conclusions can be made only in the early twenties - after at least part of the main tests and determination of the real qualities of the new air defense system. Will LOWER AD be a solution to the pressing problems of American air defense - time will tell.