In Dagestan, a militant was planning a terrorist attack

18 September 2019
20
A supporter of the Islamic State terrorist organization, which is preparing a terrorist attack, has been detained in Dagestan. This was reported by the press service of the National Anti-Terrorism Center (NAC). 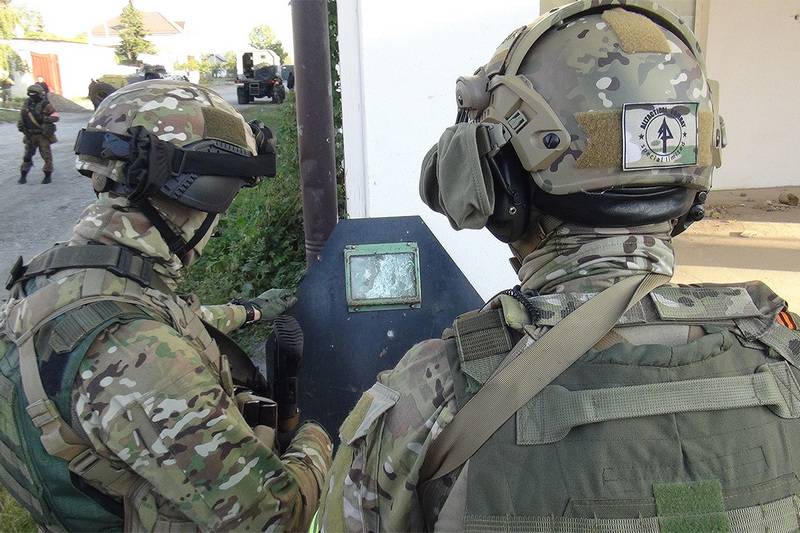 According to the report, the identity of the detainee is established, he is a young man of 2000 year of birth, a citizen of Russia, who joined the "Islamic State" in August this year. He was detained in a forest on the territory of the Tarumovsky district of Dagestan while trying to pick up a high-power improvised explosive device from a cache. According to available information, he planned to launch a terrorist attack against the republic’s authorities and law enforcement officers.

Currently, the necessary operational investigative measures are being taken on this fact, other members of the group are being established, as well as persons who have persuaded him to join the ranks of the IG.

Earlier, during the CTO declared in the territory of Kabardino-Balkaria, two bandits who also planned terrorist acts in the republic were eliminated.

According to the NAC, information about the presence of bandits in the city of Chegem was received on the night of Tuesday to Wednesday. After the introduction of the CTO regime and the cordon off of the territory adjacent to the house, they were asked to fold weapon and surrender, which was refused and fire was opened on the security forces. During the return fire, both militants who were seated in the house were destroyed. A homemade improvised explosive device, machine guns and ammunition was discovered in the house.

There are no casualties among civilians and security officials. The personalities of the militants are pre-installed, an investigation is underway.