19 September 2019
28
US President Donald Trump has found a simple and ingenious way to replenish the treasury of the United States through numerous satellites. Now Washington was about to bill its allies for the military bases of the American army stationed on their territory. Usually, the host country should pay for the base, and not the host country. But the Americans have their own logic. 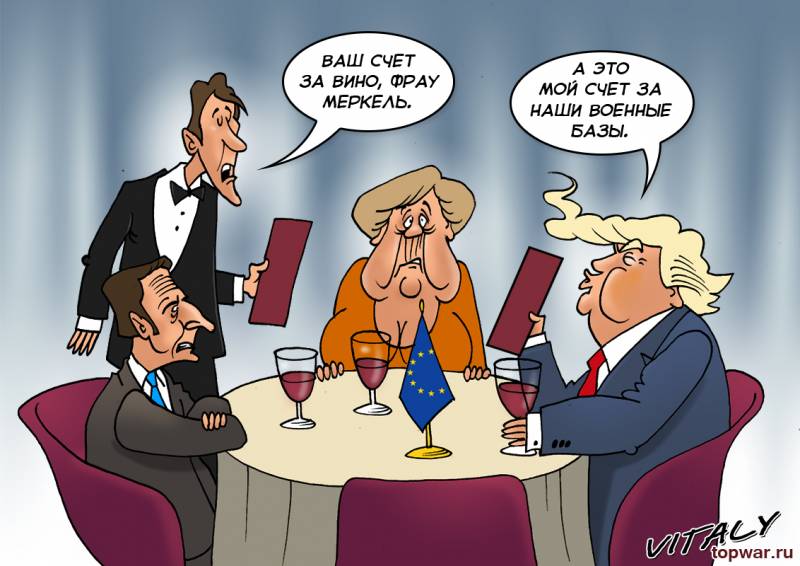 Trump pointed Europe to its place

The fact that the incumbent US president Donald Trump behaves extremely arrogant towards the European allies has long been known. The trade duties alone that Trump scares Europe are worth! But the American president’s tour of the EU countries showed even greater neglect of the interests of European states.

At first, Trump quite clearly expressed his attitude to Poland - the most faithful US satellite in Europe. Warsaw always looked into Washington’s mouth, supported any American initiatives and projects, and even sought to outperform an overseas patron. But when solemn events were scheduled in Poland on the occasion of the 80 anniversary of the outbreak of World War II, Donald Trump announced that he would not attend. 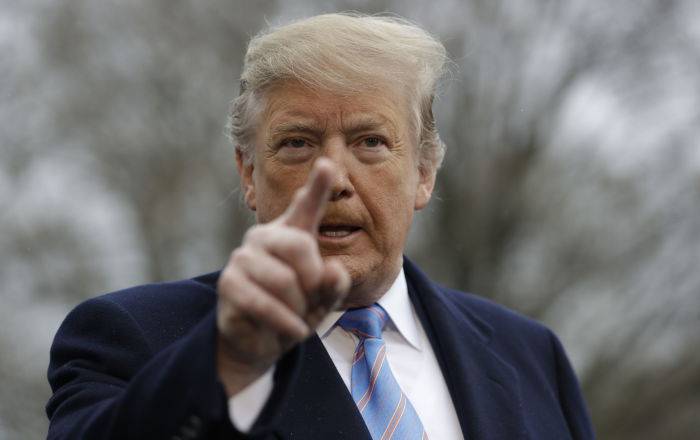 For the Polish side, such an act of Trump became a real spit in the face. It turned out that the head of the American state considered it less than his dignity to visit Poland as a "wedding general" at such an event. And although Trump was dissuaded that he was in charge of managing the aftermath of the hurricane, it was clear to everyone - the president simply showed Poland the distance that separates the lord from his vassals. Seniors do not go to their vassals for birthdays - such is subordination. Similarly, here.

Although Poland, if you use the classification of the former US Secretary of Defense Donald Rumsfeld, refers to the countries of "New Europe" - the fact that they are actively deploying US military bases on its territory and fully support the US foreign policy towards Russia. But even this behavior of Poland did not force Trump to change his usual arrogant attitude towards the European allies of the United States.

Donald Trump is trying to show Europe that the United States is not interested in friendship and cooperation with European states, and Europe should be interested in American patronage. Washington is definitely not going to reckon with European interests. This was shown, for example, by breaking the Treaty on the Elimination of Intermediate-Range and Shorter-Range Missiles, which is not at all beneficial to European countries. Indeed, in the event of an armed conflict, not the United States, but Germany and a number of other states will become a primary target for Russian missiles, since American military bases are located on their territory.

Speaking of bases. At one time, the United States tried to make the conditions for deploying its military bases and troops beneficial to host countries. And if Germany or Japan completely provide themselves without American help, then for the post-Soviet republics of the Baltic states or for Poland, the presence of American military bases became a source of serious financial income. Now everything can change. 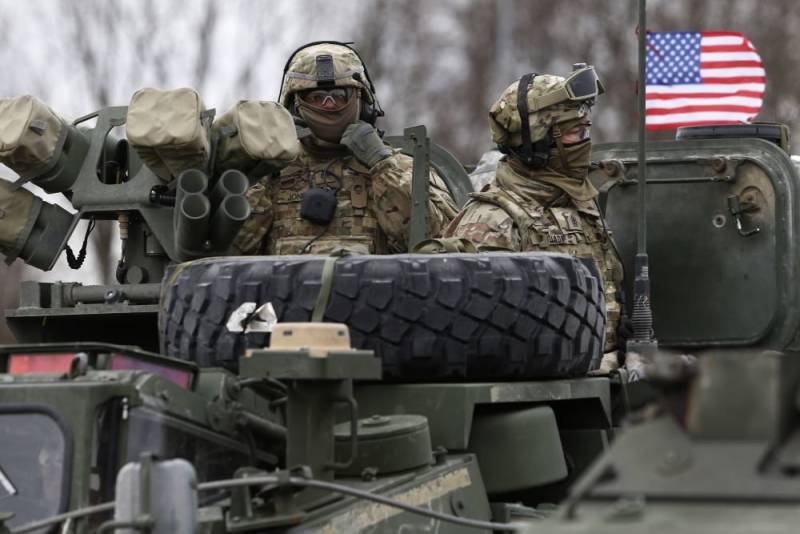 Where are US military bases located?

American military bases in European countries are the result of World War II. It was after the defeat of Nazi Germany that the United States deployed its troops in Europe as a victorious country. First, on a temporary basis. But there is nothing more permanent than temporary. First, the NATO bloc — the North Atlantic Alliance — was created, and then within the framework of NATO, the American leadership began to deploy military bases in NATO member countries.

The second most important country in Europe, where American troops are stationed, is Italy. Here are based parts of the ground forces, air force, naval forces. Italy is particularly important in terms of the deployment of military aircraft and ships, since Italian bases allow Americans to control the situation in the Mediterranean.

US military bases are located in Greece, Spain, Portugal, the Netherlands, Belgium, and Norway. In Eastern Europe, American troops are present in Bulgaria, Hungary, Poland, Latvia, Lithuania, Estonia, Romania, and Kosovo. In a number of European countries, the United States places its nuclear weapon.

In the Middle and Middle East, American troops are deployed in Turkey (Incirlik base in the first place), Afghanistan, Saudi Arabia, Bahrain, Oman, the United Arab Emirates, Qatar, Kuwait, and Israel.

In Africa, the United States has military bases in Djibouti, in Latin America - in Cuba, in Honduras, in Brazil. In addition, American troops are present in other countries where they perform temporary combat missions - in the same Syria, for example.

Thus, the United States entangled almost the entire planet with a network of army, naval and air bases. The total number of US military bases is very difficult to calculate, as they close, open, change their location. Approximately we are talking about 730 military facilities in various countries of the world. And of course, that such a number of military bases cost the US military budget a pretty penny.

Billions of dollars are being spent on maintaining the image of the “world gendarme”, which could benefit the American economy in a different capacity. But the United States cannot refuse a military presence around the world, since economic dominance rests, among other things, on aircraft carriers, fighters and bayonets of the US Army marines.

Moreover, recently the US relations with Russia have not only worsened, but the risk of confrontation with China has also increased, especially in the Asia-Pacific region, where Beijing with its growing ambitions has its distinct interests. If we talk about Europe, here American military bases serve, first of all, as a guarantee of the preservation of the pro-American political and economic course by most European states. 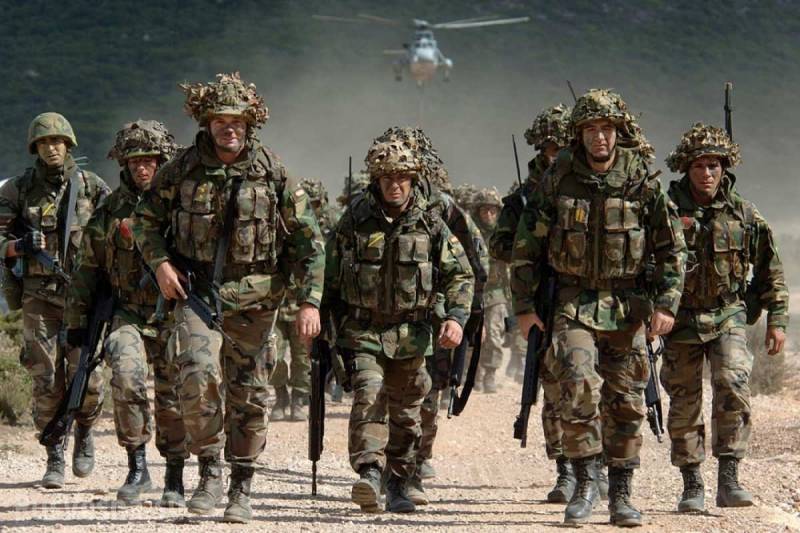 Military bases must be profitable

Trump’s key thesis, which underlies his policy towards American allies in Europe, is that US military bases should be profitable for the United States. Trump wants to transfer American contingents abroad to self-sufficiency, so that the entire financial burden of providing them would be borne by those countries that deploy American troops on their territory.

Nonsense? Not really. This Russia finances Abkhazia and South Ossetia, helps Syria, Tajikistan and other countries. Trump, seeing that US spending on foreign military representation is growing, wants to change the alignment completely - to force the countries of Europe and then Asia to pay for American military bases. And the US allies may have no other choice.

The most win-win strategy for Eastern and Northern Europe. Polish, Latvian, Norwegian, Swedish media literally intimidate the mass audience with possible aggression from Russia. This is done, first of all, in order to explain to the people huge expenditures on defense, which in general are senseless - no matter how much money Estonia, Latvia, Lithuania, Norway or even Poland spend on their defense, they would still not could survive in an armed clash with Russia.

Therefore, the American leadership and emphasizes the countries of Eastern and Northern Europe that they are not able to protect themselves from Russian aggression and need to deploy American military contingents on their territory. Eastern European countries are still engaged in this demagogy.

In Western Europe, the American strategy is already failing. It is no accident that Emmanuel Macron and Angela Merkel are increasingly talking about the need to create a pan-European army, that Europe itself can ensure its security. Such reasoning by European politicians is a peculiar response to Washington’s demands to financially ensure the presence of American troops in Europe.

In Paris and Berlin they make it clear that they do not particularly need American military contingents. But such a position of the French and Germans provokes a natural rage in Washington, because the very idea of ​​creating a European army can put an end to not only the American military presence in Europe, but also on the NATO bloc as a whole. Indeed, in fact, the European army will be a parallel structure to NATO.

In response to the position of German politicians, Washington says it can transfer bases from German territory to Poland and Romania. Actually, against the background of the pro-American position of the Eastern European countries, Germany is indeed of less and less interest for the Americans in terms of the feasibility of deploying military bases. Indeed, now the North Atlantic Alliance has moved much closer to the borders of Russia. Military bases can be deployed in Poland, Romania, Lithuania, Latvia, Estonia, there is also Ukraine controlled by Washington.

Thus, Donald Trump wants to turn American military bases in Europe into a tool for making money. And to kill two birds with one stone: both troops will be present, protecting the geopolitical interests of America, and will be on full payback at the expense of the host country. The host will pay Washington for the "roof." How else to call the system developed by White House analysts?