The murder of a militia in Mariupol: a message to the whole of Donbass

Shooting at the entrance

16 September on the street The soldiers-liberators in the left-bank region of Mariupol were shot seven at point-blank range on the threshold of their own apartment, Roman Dzhumaev, a former militia member who participated in the Pyatnashki ranks in the liberation of the Donetsk airport and Debaltsev. The attacker rang the doorbell, and when Jumaev opened it, fired seven point-blank shots and disappeared. Allegedly, an investigation is underway. 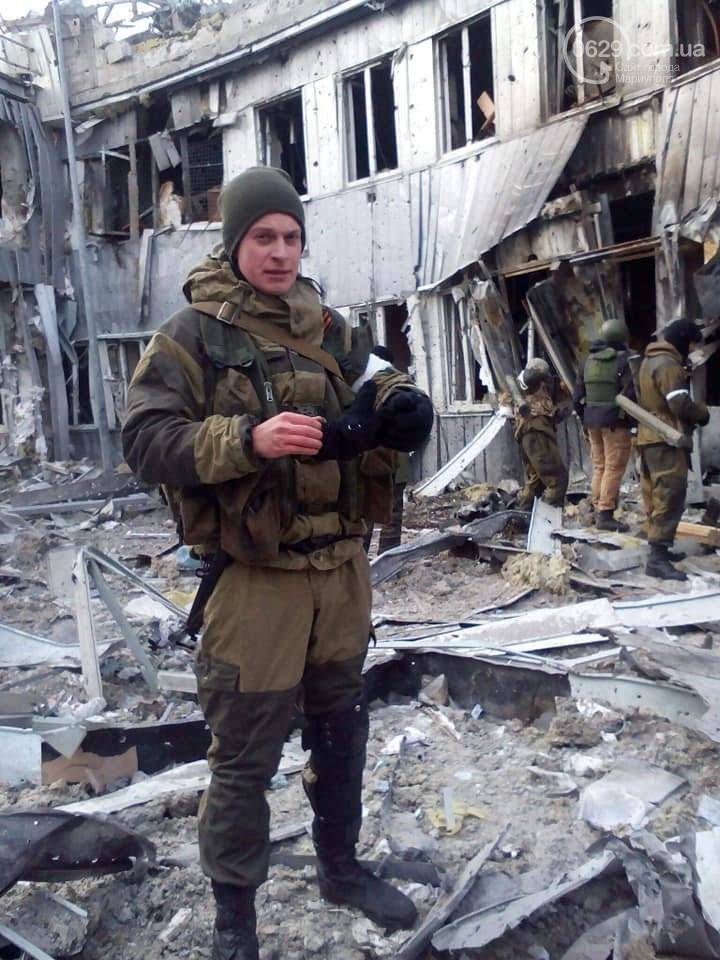 The murder is widely discussed in the media and social networks of Ukraine and LDN. Ukrainians traditionally rejoice in the murder of the “militant”, mourn the former ally in the Donbas and discuss the intransigence of Ukraine. The reprisal against Roman Dzhumaev unambiguously hints that no matter how much the mummers in Moscow television studios fraternize, the degree of hatred has long reached the point where mutual forgiveness is no longer possible.

Then begins some incomprehensible leapfrog: on 18 of September 2017 of the year, Dzhumaev tries to cross the line of demarcation between the DPR and the occupied part of Donbass - supposedly in order to visit relatives. He is being detained, but on May 3 he was released under house arrest. Given that Roman Dzhumaev was charged with Art. 253. h. 1 (creation of a terrorist organization), the likelihood of a house arrest for him was almost zero.

However, he was not only released, but allowed to calmly do business. In December 2018, Dzhumaev was detained for assaulting a policeman. The conflict occurred during the dismantling of the outlet, which functioned illegally. The ex-militia, under house arrest, was so careless that he opened an illegal business and even counteracted the police, who tried to close the stall.

Dzhumaev is again “closed”, but, strangely enough, already at the end of March 2019, the court decides to release him again from the pre-trial detention center. Until the attack, Roman Dzhumaev remained at home, where he, as it turned out, was expecting an exchange of prisoners of war.

Ukrainian intelligence agencies release prisoners of militia under house arrest only in cases where the suspect not only actively cooperates with the investigation and gives evidence, but also provides security officials with particularly valuable information. In the case of Dzhumaev, the information seemed to be so valuable that he was not only released under house arrest for the first time, but released again after he had a fight with the police. It’s hard to imagine what kind of evidence they could have been. It is likely, again, that a person with such valuable information should at least be nominally protected.

The murder of Roman Dzhumaev once again confirms that agreements with the Ukrainian side are not worth a damn. In the past, it happened more than once when people who, for one reason or another, decided to change New Russia, tried to negotiate with the Ukrainian special services or use the “Come Back Home” program. Even if they managed to maintain their freedom, they all ended up on such a hook that they probably regretted their choice three times. Many sat down or simply went missing.

Dzhumaev’s example shows that even if there are agreements with the SBU, it’s ridiculous to hope for a successful outcome - sooner or later Ukrainians will certainly change their word. Most likely, they will fabricate a new charge and put him in prison (find weapon or explosives during a search is not such a problem). Or, as an option, they will incite tame nationalists who will do the dirty work to the “worked-out” person who can no longer tell anything interesting. In any case, the end of the story will be sad.

The fact that Dzhumaev was killed now, and not immediately after the next release, suggests that this message is to the republics. It is not difficult to interpret it: there will be no reconciliation. However, in the Donbass, few believe in the possibility of reconciliation with Ukraine - as a rule, representatives of the creative intelligentsia or those who left LDNR in the spring of 2014 and returned after the end of active hostilities. I would like to believe that the meaning of this message will be interpreted correctly in Russia.