Matter of chance. Is America Bored Without World War II?

18 September 2019
48
It turned out that now two messages to the world are being simultaneously discussed: the American analyst Graham Allison and his Russian colleagues Sergey Karaganov and Dmitry Suslov. 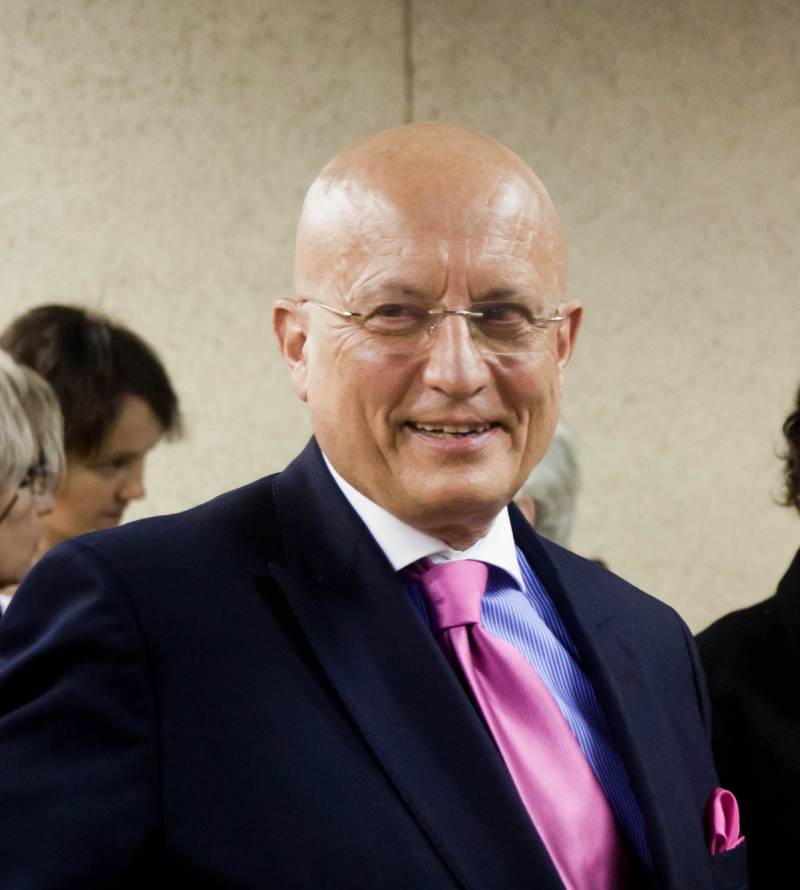 From the back of Thucydides

Allison, an expert on American national security, wrote a book about the fatal inevitability of war in a situation where one state grows political power and the other loses it. He counted 16 such cases in storiesstarting with the ancient Greek Peloponnesian wars of the Greek historian Thucydides. He called this sacramental situation "the trap of Thucydides," and slams it - this is a surprise! - any accident like the assassination of Archduke Ferdinand in Sarajevo in 1914. Or deliberate provocation?

Scientifically, this is called a conflict between the hegemonic state and the aspirant state, it turns out, on hegemony. Stalin said best of all about this conflict in the joke attributed to him: “Both are worse!” Allison analyzes in his book the emerging conflict between the US hegemon and the candidate China, but Russia is also nearby. It turns out that China and Russia are declared pretenders to hegemony, and if anyone blames the US hegemon for aggression, then both China and Russia can also be accused of aggression as “pretenders to hegemony”. “Both are worse!”

Our answer to Thucydides

Karaganov and Suslov wrote the report “A New Understanding of Multilateral Strategic Stability”, ignoring the postulate of Thucydides-Allison on the theoretical aspiration of Russia as a pretender to establish its hegemony. The authors of the report believe that the harsh actions of Moscow in Ukraine only stopped the expansion of the United States, breaking the wonderful picture of the world of American hegemony from Francis Fukuyama, also an American political scientist.

The conflict in Ukraine is caused by the US desire to “impose its own rules on Russia,” and the Kiev Maidan does not smell by any chance. The struggle in Ukraine goes more than for Crimea, for the Donbass and for Ukraine: it goes for changing the behavior of the United States, its policy of ultimatums to the world, which they have been practicing for more than 20 years on the basis of hegemony, amended international law. Allison, starting from Thucydides, declares this conflict to be Russia's claim to hegemony, and this brings the theoretical justification for "Russian aggression" on the pages of world fake news. Feel the difference between these two messages to the world!

According to Graham Allison, the Peloponnesian Wars of Ancient Greece, which was described by the ancient Greek historian Thucydides, still remain relevant. Now, if the ancient Greeks had atomic weaponwould they apply it? Perhaps, yes, and Thucydides would not exist then, not to mention Allison. Fortunately, Thucydides did not write about us. Therefore, if the United States abandons its mania of world domination, then Allison will not need any Thucydides. If the USA ceases to demand from Russia and China to “change its behavior” and lie under America, under the threat of war, through blackmail and ultimatums, it will be possible to consider the role of the case at the beginning of the war.

On the role of American political scientists

Once, Francis Fukuyama announced the “end of history” and the victory of American liberalism loudly and to thunderous applause from the world, now another American political scientist explains to us how Fukuyama was mistaken. Then some other political scientist will explain to the world Allison’s mistakes. In our opinion, all of them are trying to theoretically justify the all-goodness of US world domination. In practice, today Washington is not allowed to solve it in an American way, China and Russia, or Russia and China, it does not matter. This is the bin of Thucydides-Allison about the hegemonic state and the candidate states.

Essentially speaking, the historian Thucydides, the political scientist Allison, justifies the start of a new world war, which no one wants, but thucydides circumstances and the case cannot be undone. What does Allison's thucydidic strategy mean practically? The United States does not give up claims to world domination, they plan a world war, Allison’s theory convinces the world that the United States does not want war, but it can still begin by accident, according to Thucydides.

Essentially speaking, we see an attempt to justify the start of a future war from the aggressor, an attempt to turn arrows on Thucydides and His Majesty the case, because we must not forget: Graham Allison is a US citizen, and aggressors usually give out a planned provocation as an “accident”. In fact, Allison justifies the start of a world war that could become nuclear!

So the story is texted

Allison declares all world wars, or those approaching them in scale, such as the Crimean War of the 19th century, a matter of chance: no one wants to fight - and here you are! Even the Peloponnesian Wars of Ancient Greece: Athens against Sparta. And who is Athens today, and who is Sparta? And in the Second World War? And in the US Vietnam War, in the Middle East US wars, in the bombing of Yugoslavia by the United States and NATO?

In fact, Allison, starting with Thucydides, rewrites history under the next political order of the United States: supposedly no one ever wants to fight, and the United States too. No, there are always those who really want to fight, and there are more than enough candidates for the role of Hitler today. Allison declares that they are not. But there are circumstances: some countries rise, others lose their political influence, and in what here news? The news in the doctrine of Graham Allison: to blame the responsibility for all wars on circumstances and chance, and the ruling elites, prime ministers and presidents have nothing to do with it.

Natalia Basovskaya, our famous historian who specialized in Western Europe, once bitterly stated: “The history of mankind is the history of wars, we are the civilization of war.”

But nuclear weapons eliminated world wars between great powers and deprived us of this most important value and strategy. With the 1945 of the year, the history of the great world began (local wars do not count here), but the great powers still cannot find any other value and strategy. How do they feel in this great world? They fall into boredom and degradation of the elites, fall into "strategic parasitism", according to Sergey Karaganov.