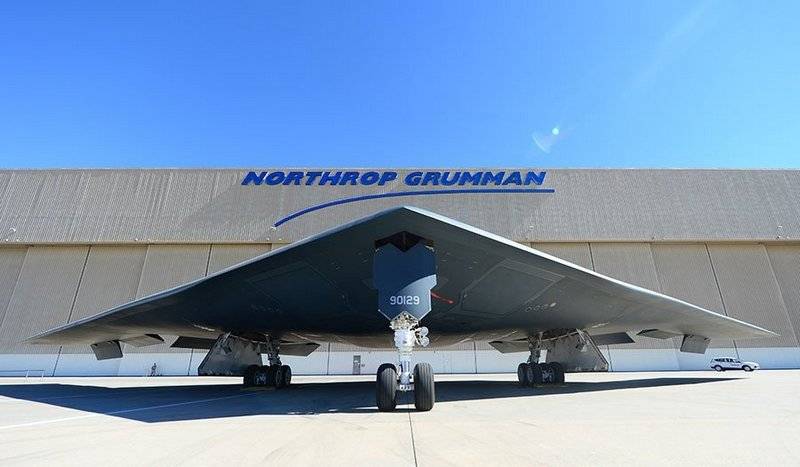 At the 42th US Air Force plant in Palmdale, assembly of the first flight model of the B-21 bomber has begun. At the same plant, B-2 Spirit bombers had previously assembled. The bomber is designed according to the "flying wing" scheme, the data on it is classified. Its exact dimensions have not yet been disclosed, but it is known that it will be smaller than the American "strategist" B-2 and larger than the UCLASS deck-based UAV, whose wing length / wingspan is 21 / 52,4 and 11,6 / 18,9 meters, respectively.

The corporation does not report when the flight model will be ready for testing, but it was previously stated that the first flight of the B-21 is scheduled for December 2021, when the bomber flies from the plant to the US Air Force "Edwards" airbase, located 35 km from the enterprise’s airfield. All flight tests will be held at the air base.

The latest strategic bomber, the B-21 Raider, has been developed in the interests of the U.S. Air Force since the 2015 year when Northrop Grumman received a contract for its creation. Two years later, in the spring of 2017, the end of the outline design of the aircraft was announced. It is emphasized that starting from the first flight model, the aircraft will receive systems and software for delivering nuclear strikes. However, in the first few years of service aircraft will not be certified for transportation and strategic weapons.

The United States Air Force Command expects the first B-21 Raider bombers to go into service in the middle of the 2020's. According to the available information, it is planned to purchase at least one hundred new aircraft, which should gradually replace the outdated strategic bombers B-52 Stratofortress and B-2 Spirit.