Day of Novorossiysk. "Russian Knights" in the city

18 September 2019
3
September 14, Novorossiysk celebrated the foundation day. This date is a compromise between several important historical dates in the history of the city. September 12, 1838 in the Sudzhuk (Tsemess, Novorossiysk) Bay entered the Black Sea squadron fleet under the command of Vice Admiral Mikhail Petrovich Lazarev. On the same day, an army landing led by Lieutenant General Nikolai Nikolayevich Raevsky landed on the shore. And so the future hero city was founded. And September 14, 1943 is the day of the complete liberation of Novorossiysk from the Nazi invaders. 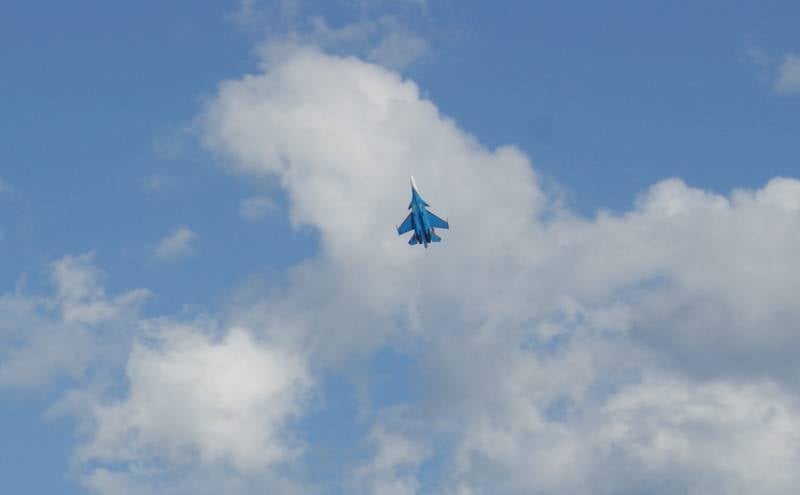 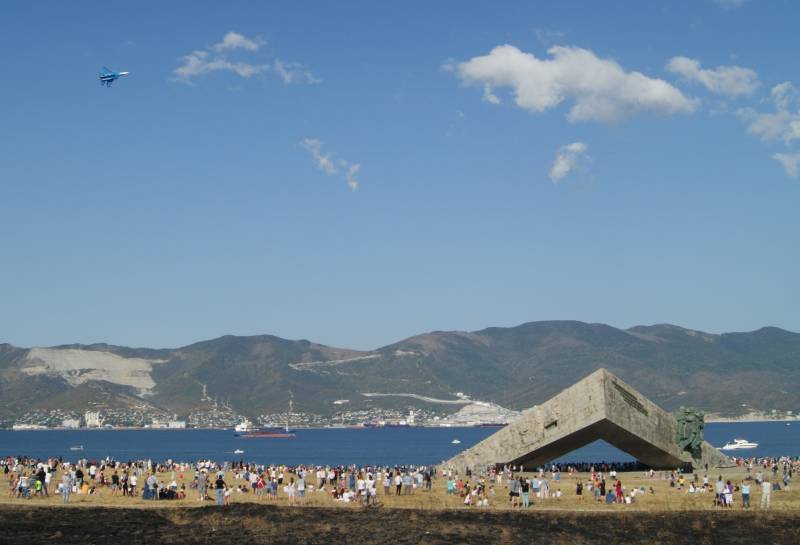 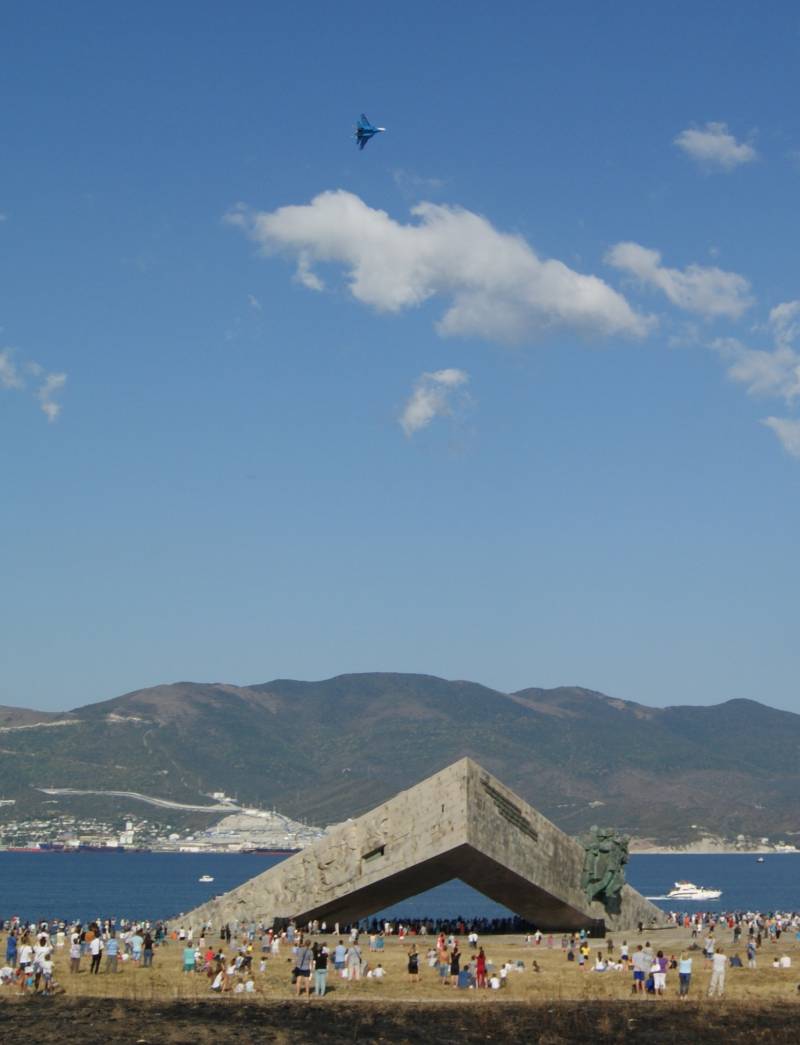 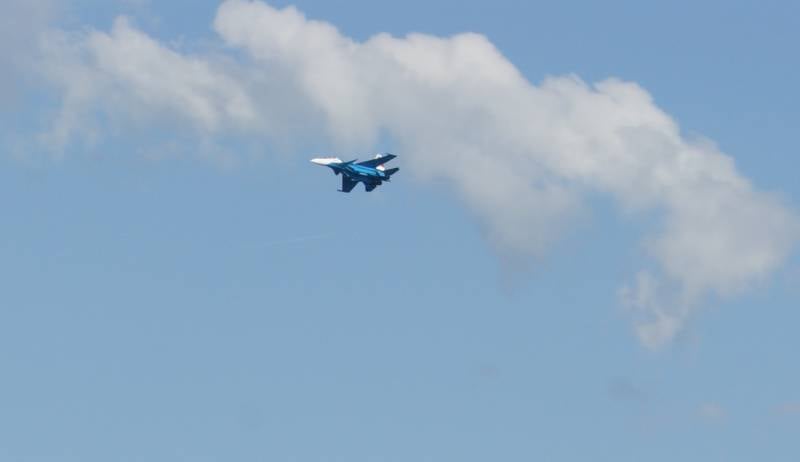 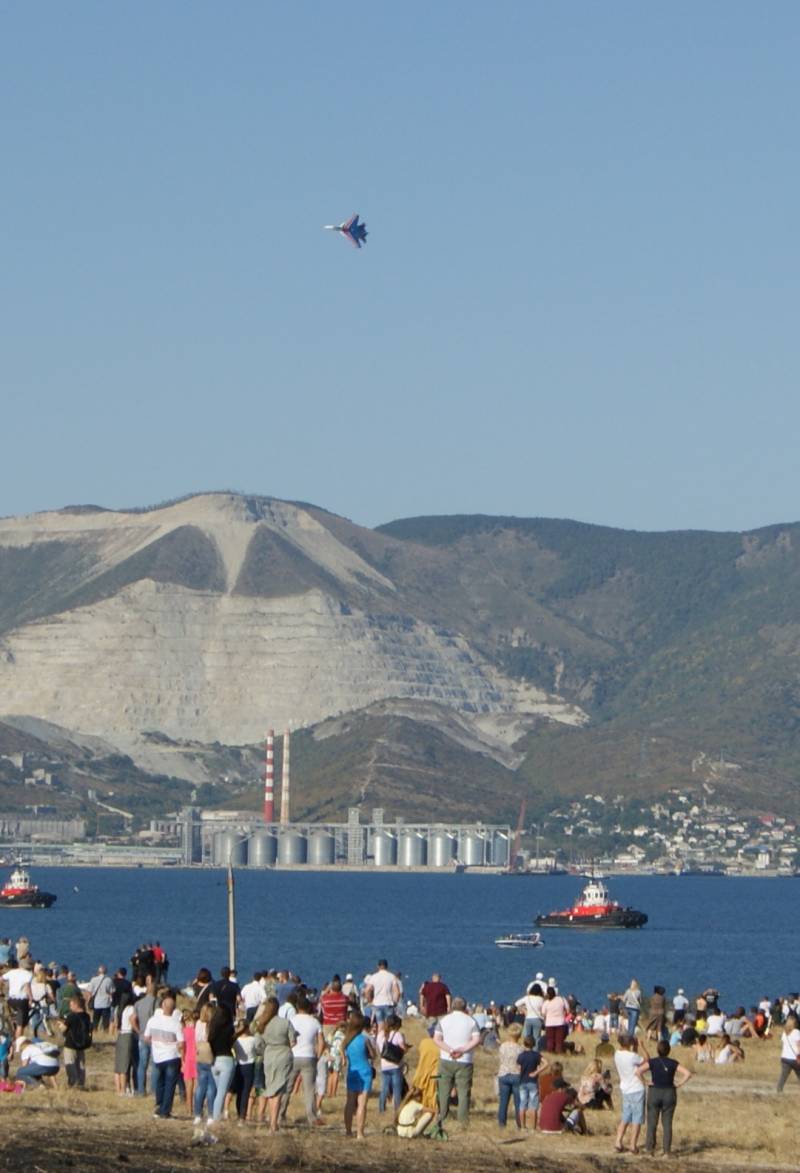 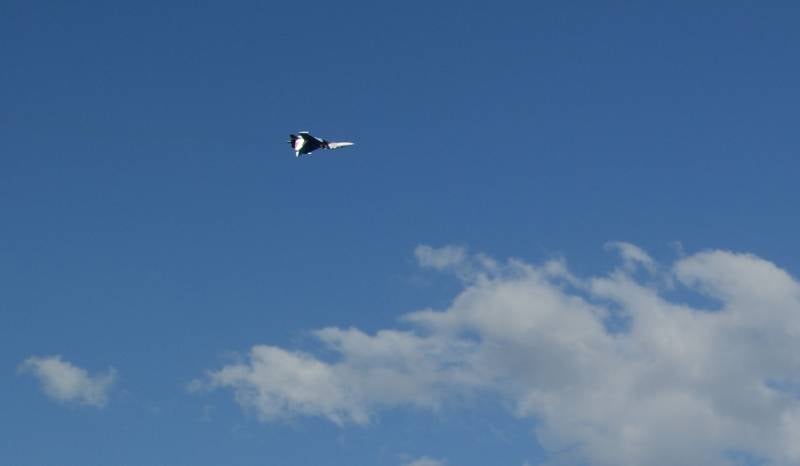 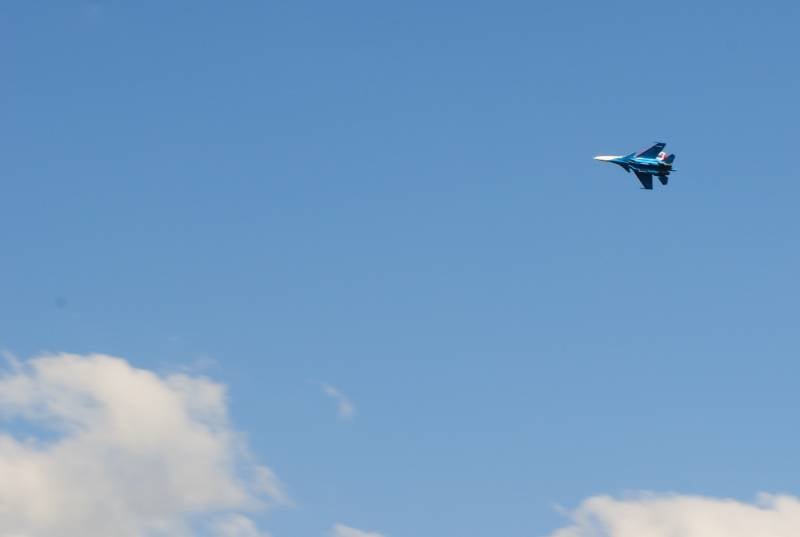 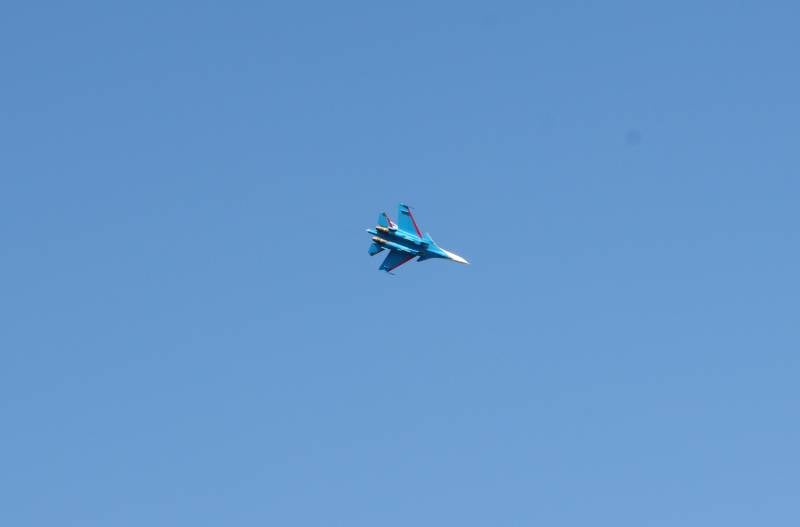 This year, Novorossiysk received a truly royal gift for the city's day. Exactly in 16: 00 14 of September of the 2019 of the year, a measured evening wake of the velvet season over the Tsemess Bay in the area of ​​Malaya Zemlya and the adjoining Sudzhuk beach, still full of vacationers, was ripped apart by the loud rumble of the turbojet engines of Su-30S aerobatic fighter planes.

Formed on April 5 on 1991, the Russian Knights aerobatics team is the only team in the world to perform aerobatics on serial heavy fighter aircraft. In the sky over the Tsemess Bay, “knights” appeared on Su-30СM fighters developed by Sukhoi Design Bureau and manufactured at the Irkutsk Aviation Plant, a branch of Irkut Corporation PJSC.

Fighter armament consists of aviation guns GSh-30-1. The total combat load is about 8000 kg at 12 nodes of the suspension. 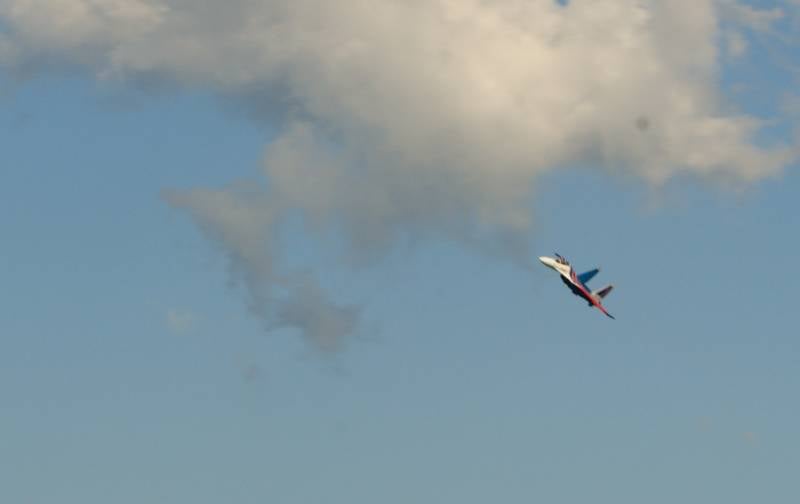 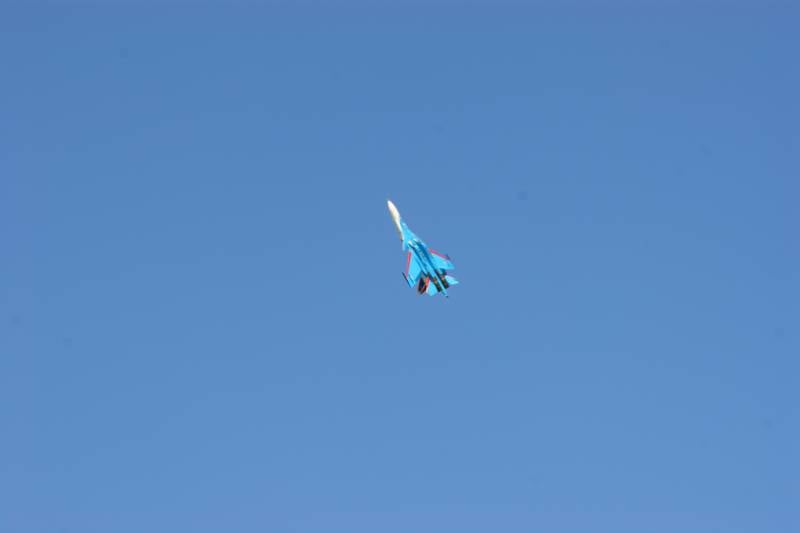 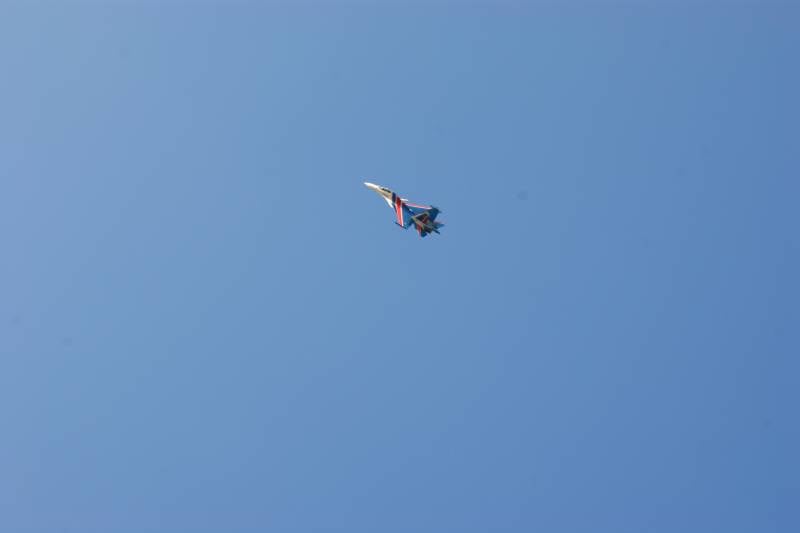 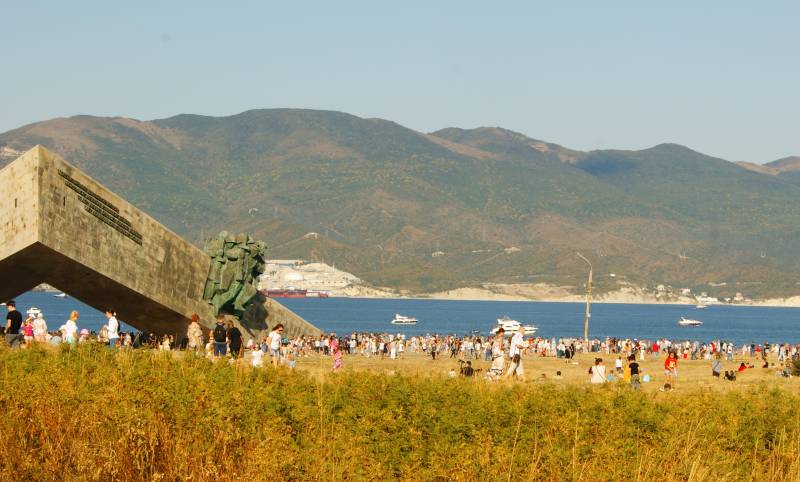 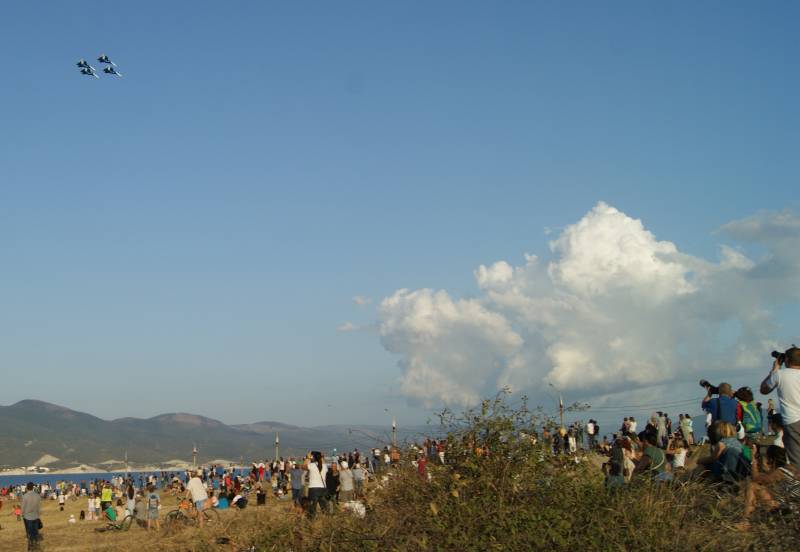 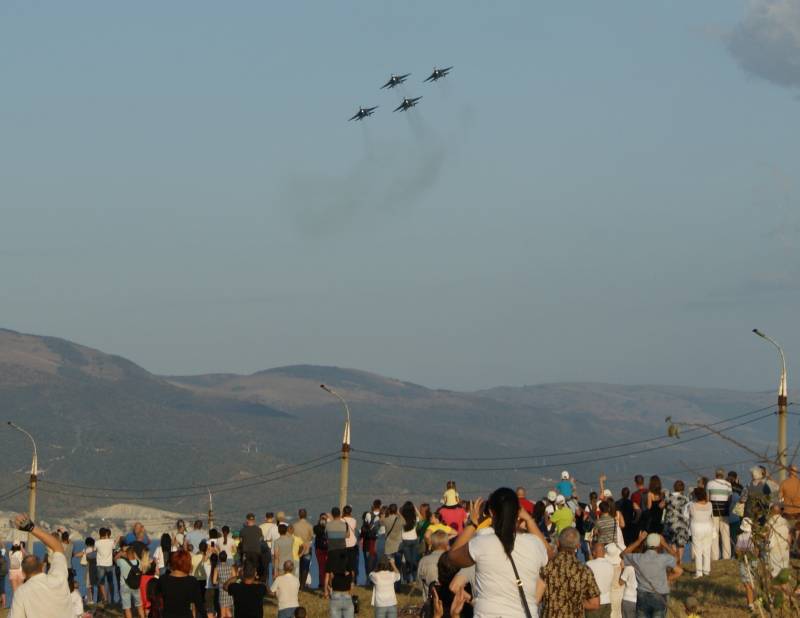 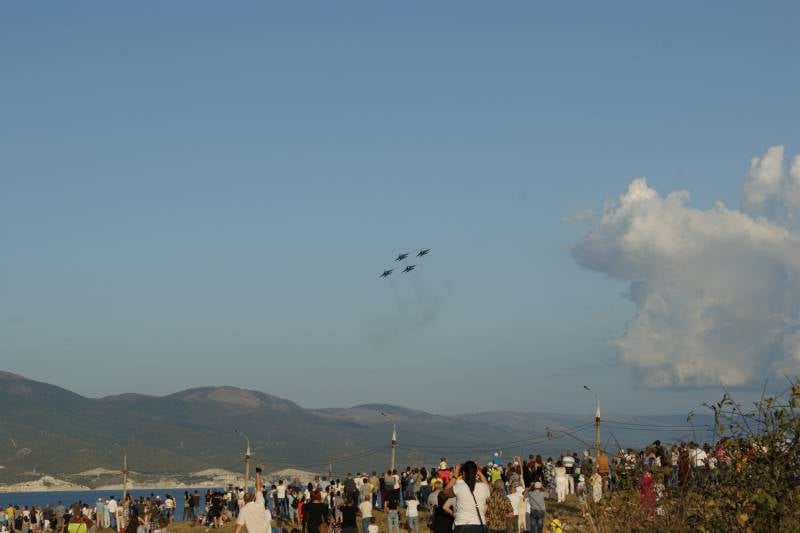 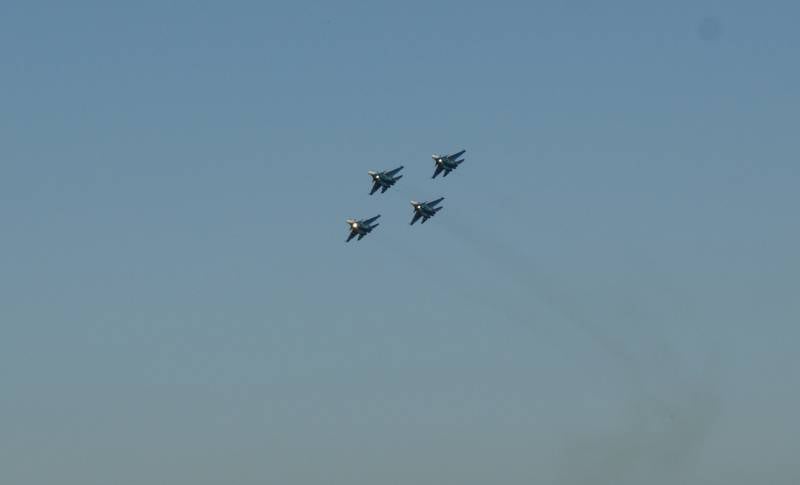 The performance of The Russian Knights, which, having ridden the skies, simply play with the laws of physics, is in itself fascinating. But their appearance over the southern bay, bordered by mountain ranges, was truly grandiose. The whole valley was filled with the roar of heavy fighter engines. Amazed tourists jumped out of the water to the beach, raising their heads to heaven. Thousands of city dwellers and guests poured out onto Malaya Zemlya and the Sudzhuk Spit, and local yachtsmen brought their yachts to the bay to enjoy the sight, so to speak, from the front ranks. We came to admire the talent of our pilots even from Anapa and Gelendzhik, and next to me were guys who came specially for the performance of the “heroes” from the village of Raevskaya.

Catching the focus of the camera virtuosos of the sky was difficult. Something unimaginable was happening in the sky. Directly overhead, multi-ton machines turned “synchronous barrels”, rose to steep heights in a “synchronous bell”, went into a “controlled corkscrew” and demonstrated the “Nesterov’s dead loop”, both in a group and individually. 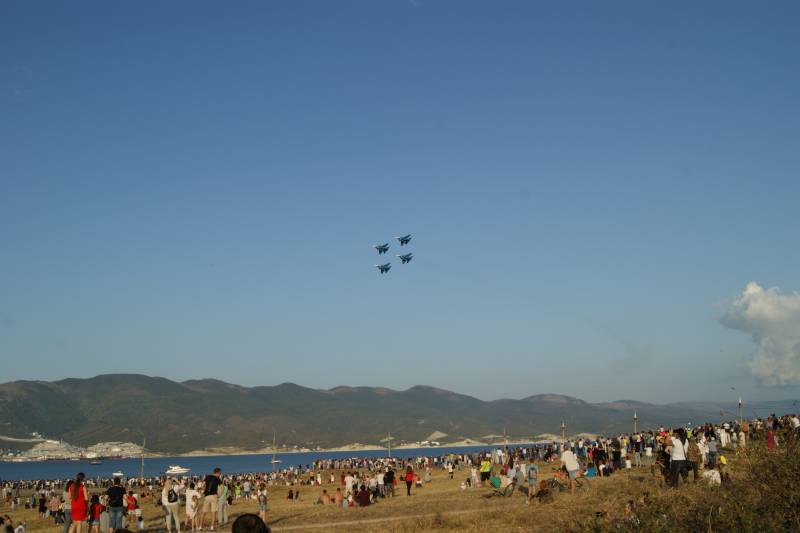 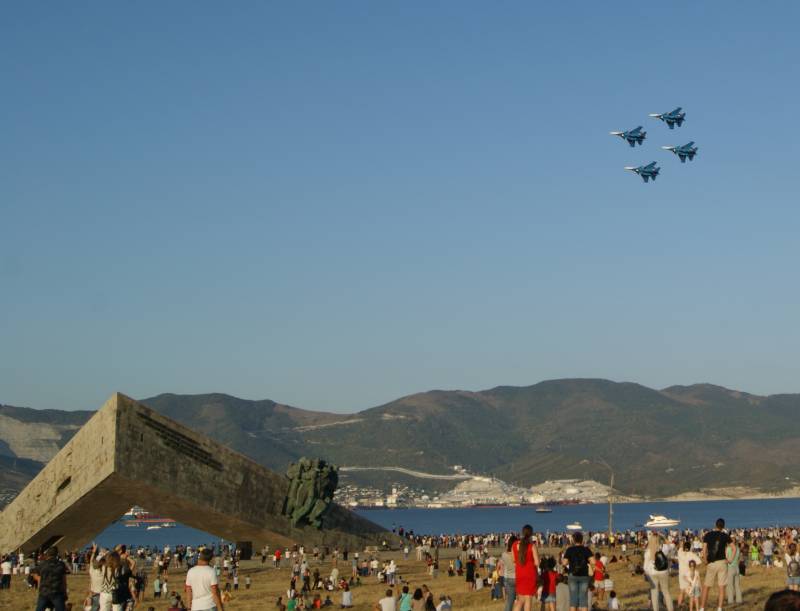 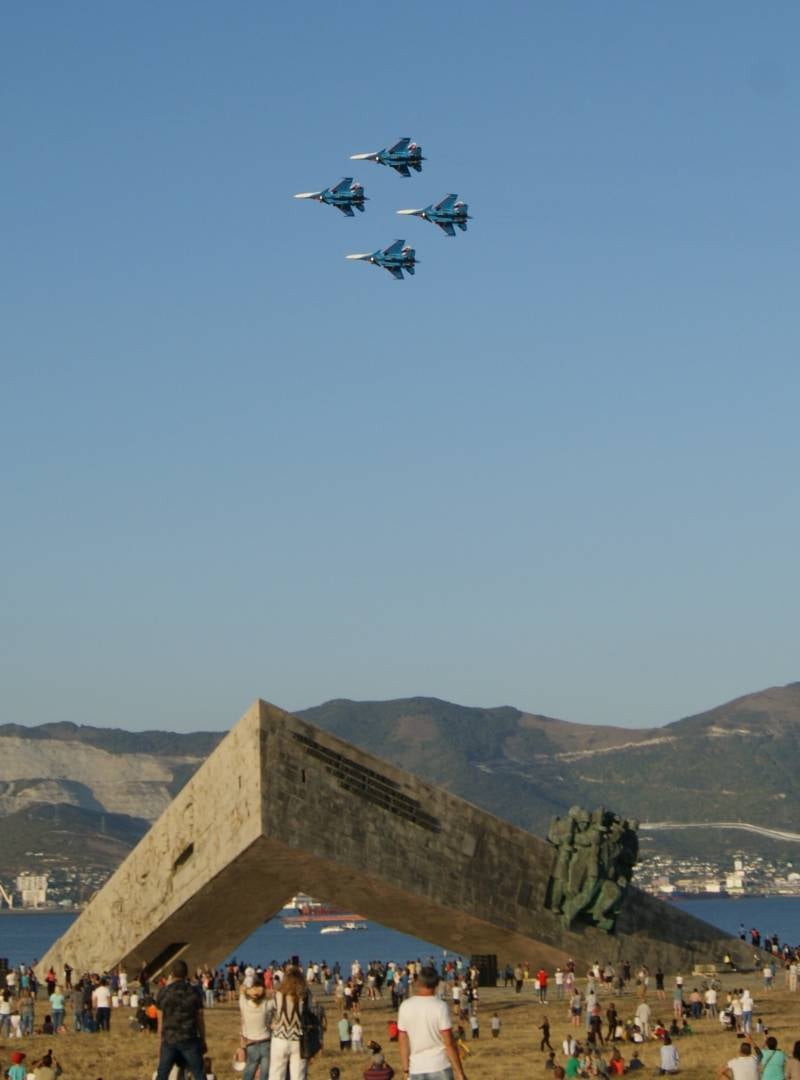 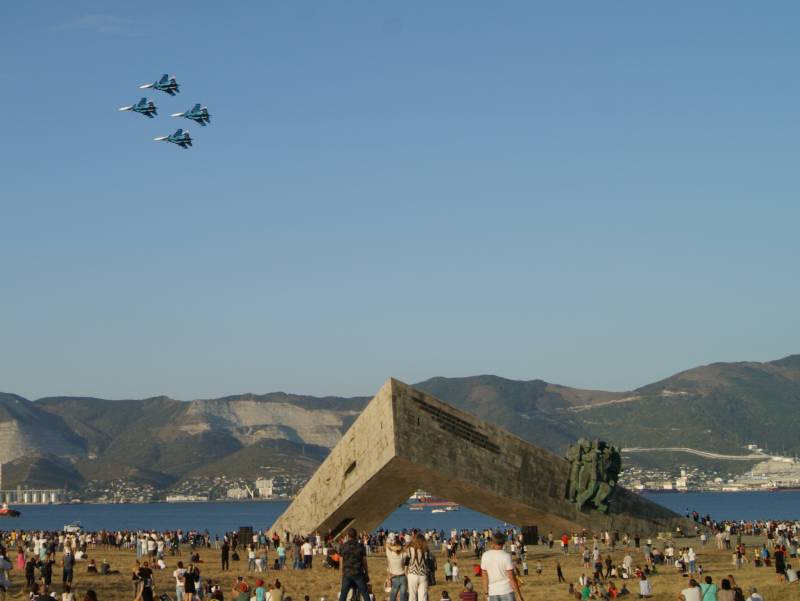 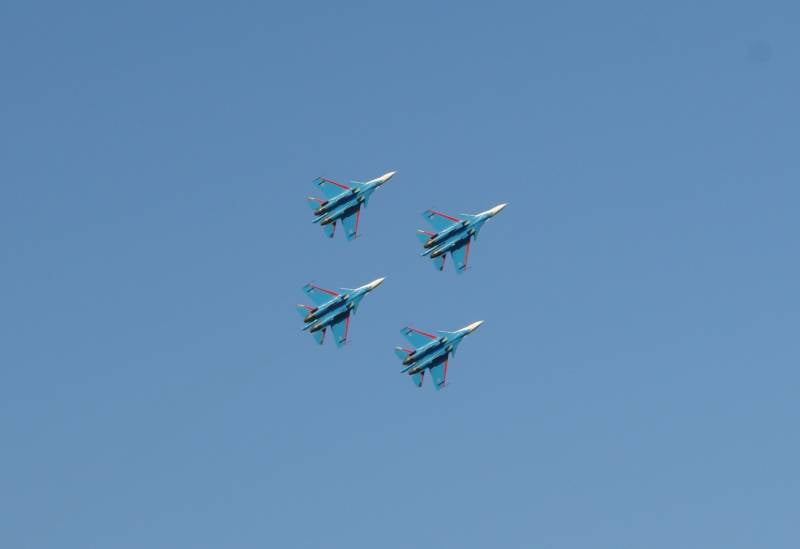 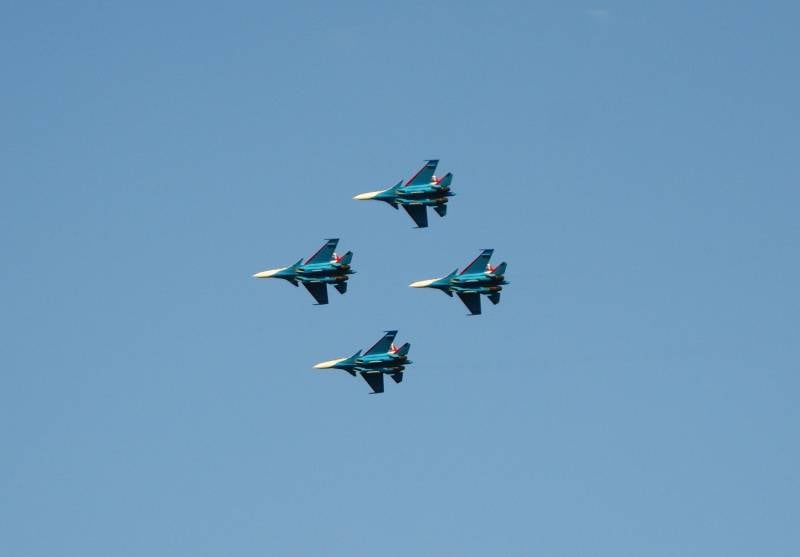 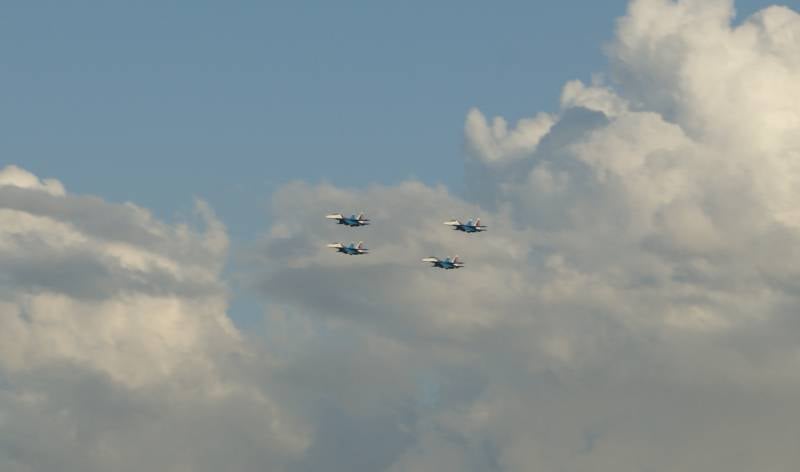 Taking advantage of the short break between single and group flights, the audience literally stormed the souvenir shop of the Russian Knights. For half an hour, almost nothing remained in the shop. And the autograph-giving pilots of this group were in a real siege from those who wanted to take a photo as a keepsake. 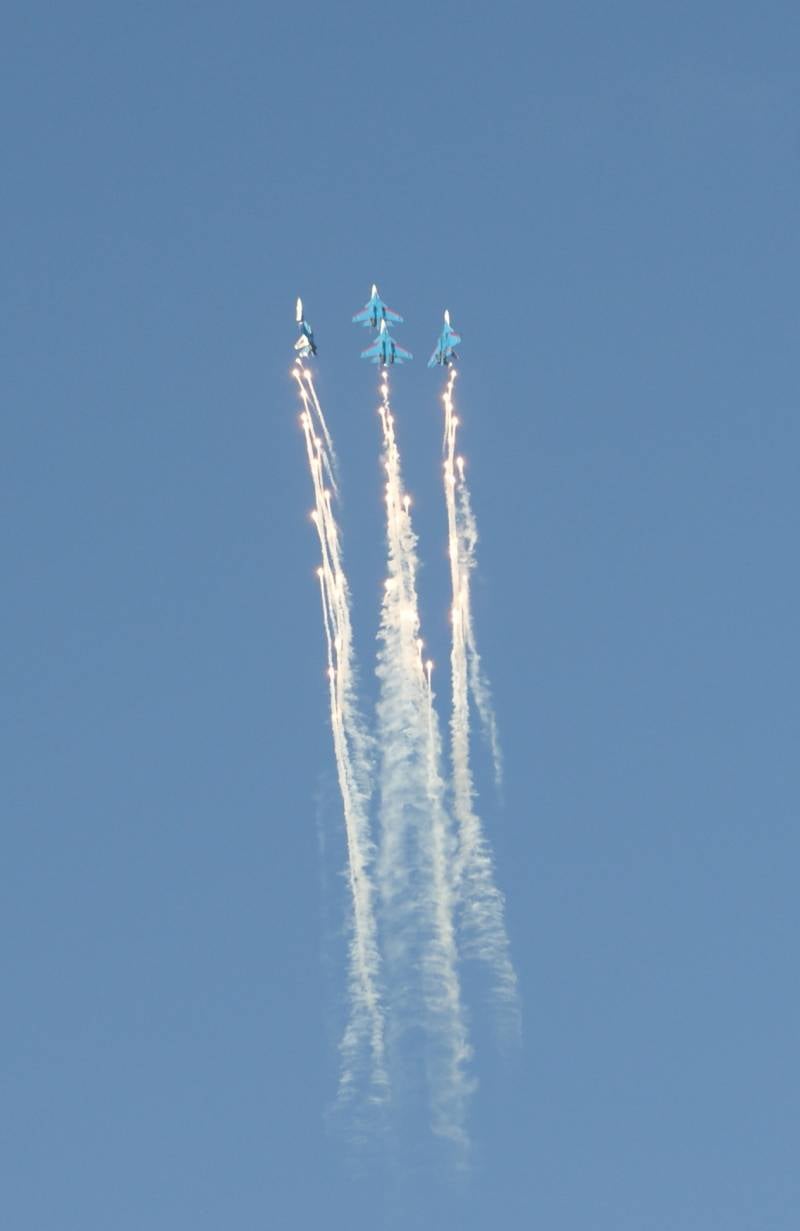 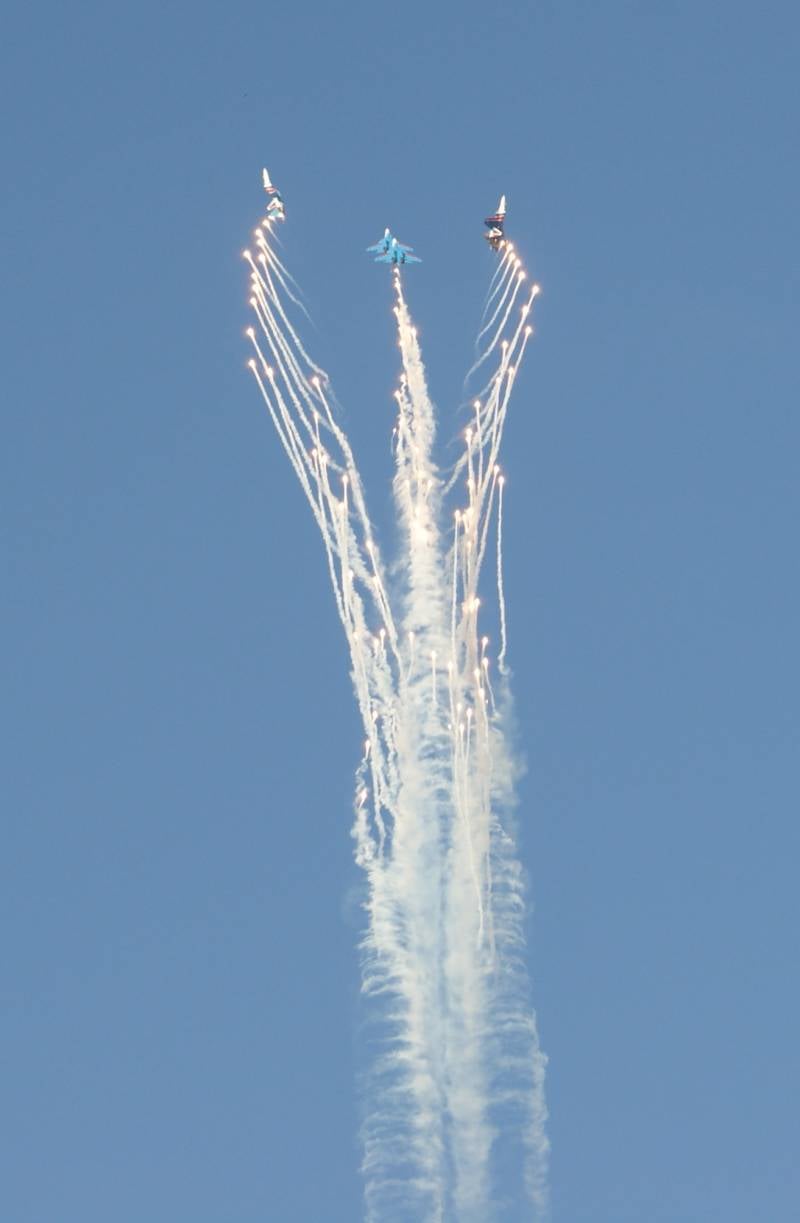 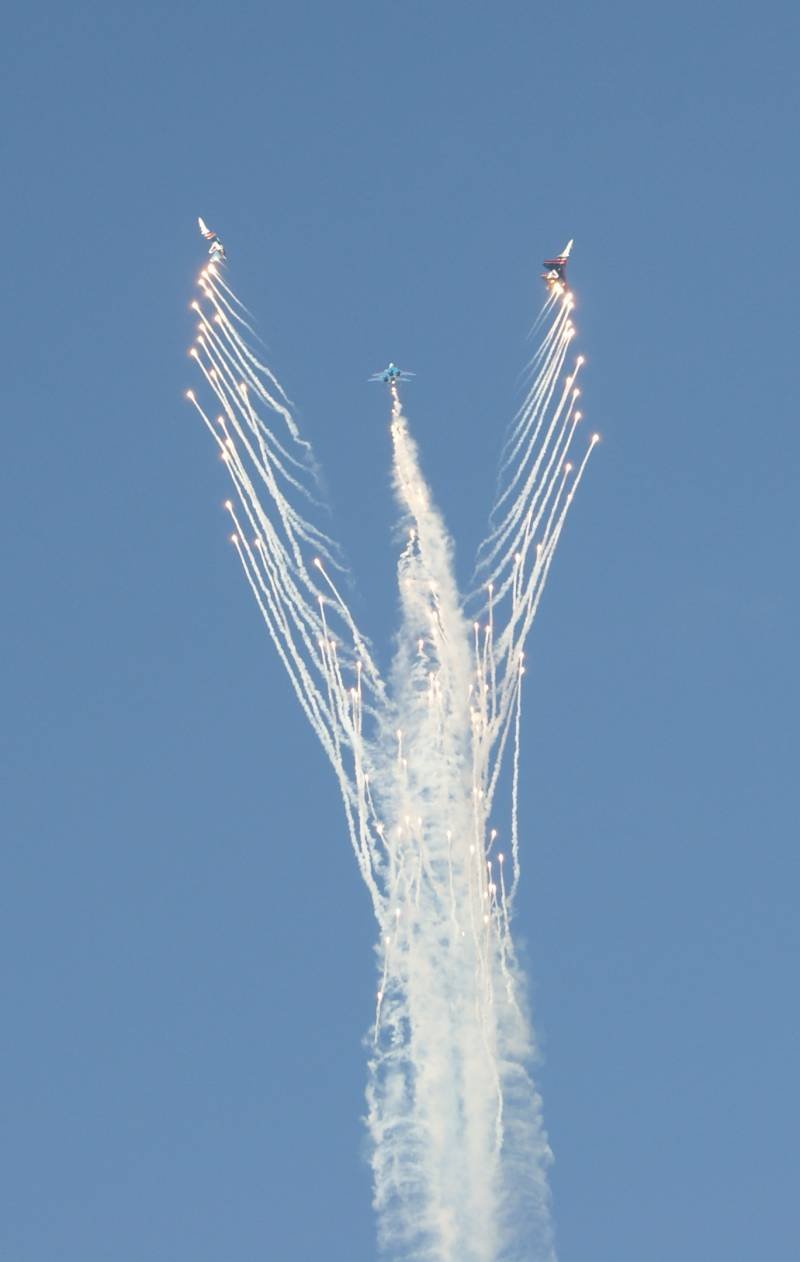 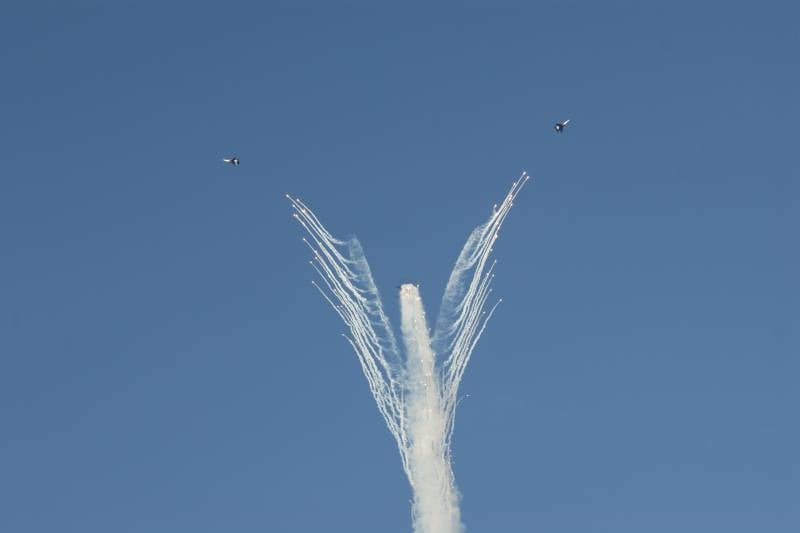 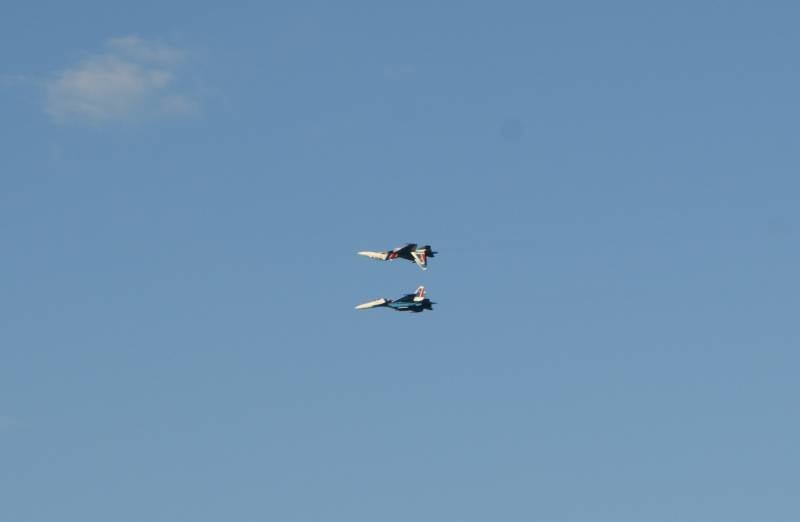 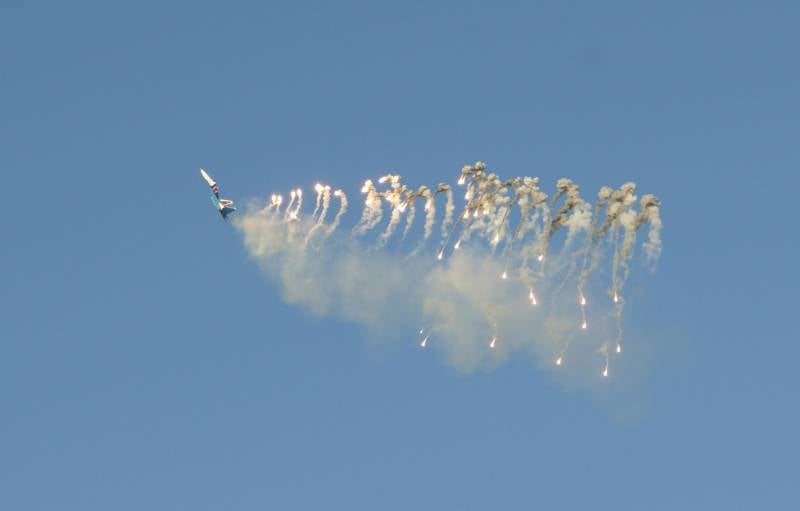 In total, more than 50 thousand people came to the performance of the aviation group on Malaya Zemlya and Sudzhuk Spit, not counting those who watched the flights from the windows of their own pulp or from the area of ​​city beaches in the depths of Tsemess Bay.

Before leaving, the commander of the guard group, Colonel Andrei Anatolyevich Alekseev, encouraged the Novorossiysk with his plans for the future. Alekseev said that he and his team were interested in the People’s Operation "Capless", and they would like to take part in it. So it is likely that the New Russians will see the “knights” in February next year. But hope, alas, is weak, because February in Novorossiysk is a month of “bora”, low cloud cover, heavy rains, and sometimes snowstorms.