17 September 2019
67
Few days ago russian weapons Bespoke Gun holding, known for its work in the field of high-precision and "elite" small arms for sports and hunting, introduced a new development. Carabiner called "Phantom" combines a successful design and recognizable appearance. At the same time, the new product eliminates problems with the supply of foreign components. 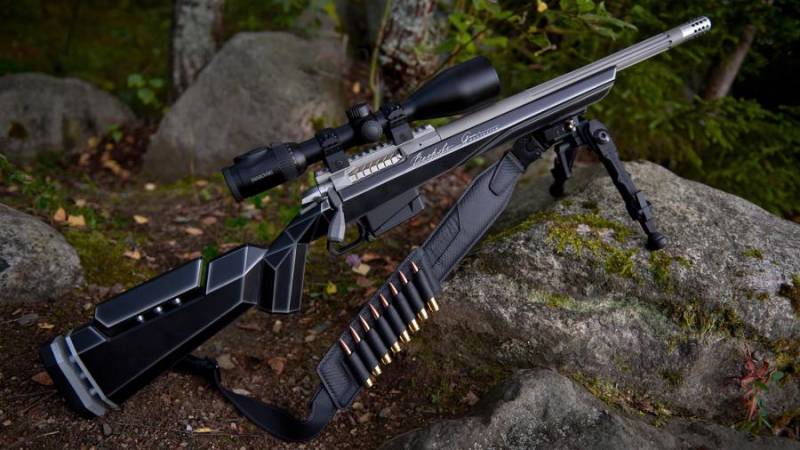 It is alleged that the emergence of a new Phantom project from Bespoke Gun was facilitated by foreign sanctions against Russia, including in the field of small arms. Previously, manufacturers of high-precision systems could order the necessary materials and components abroad, but the sanctions imposed closed this possibility. Russian gunsmiths found an obvious solution: they studied the achievements of foreign colleagues and designed their own units with the necessary parameters.

It is alleged that the shutter design uses the solutions spied on by SAKO Tikka and Accuracy International AW rifles. The trigger mechanism is made in the form factor of Remington rifles. This approach accelerated the development of weapons, as well as simplified the refinement of finished samples. In particular, USMs from Bespoke Gun and Remington are interchangeable.

We also conducted our own research aimed at determining the optimal operational characteristics and ergonomics of weapons. Based on their results, the most noticeable and remarkable components of the carbine were created.

To solve the tasks, it was necessary to conduct research, look for the necessary materials and technologies, and then perform tests. All this made it possible to sharply reduce the share of imports in finished weapons. However, some types of raw materials still have to be purchased abroad. Domestic manufacturers can not yet offer their analogues.

The first result of new approaches and projects was the Phantom carbine. It is a magazine weapon with a manual reload, characterized by reduced dimensions. In the very near future, the Bespoke Gun promise to introduce the Phantom Tactics rifle - a similar system with increased dimensions and other characteristics.

Phantom receives a threaded barrel 406 mm long (16 inches) with pronounced lobes on the side. A cylindrical muzzle brake compensator with several rows of radial holes is used. The barrel is fixed in a compact receiver that accommodates a sliding bolt.

The Bespoke Gun development team includes a butterfly valve with three combat stops. Recharge control is carried out by a traditional rear position handle. When locking the barrel, the base of the handle serves as an additional combat focus.

Ammunition is provided by detachable small-capacity stores. It is curious that the type of ammunition has not yet been reported. Other products from Bespoke Gun can be produced in different calibres for a number of modern rifle cartridges. Perhaps the Phantom will also be made in several versions. 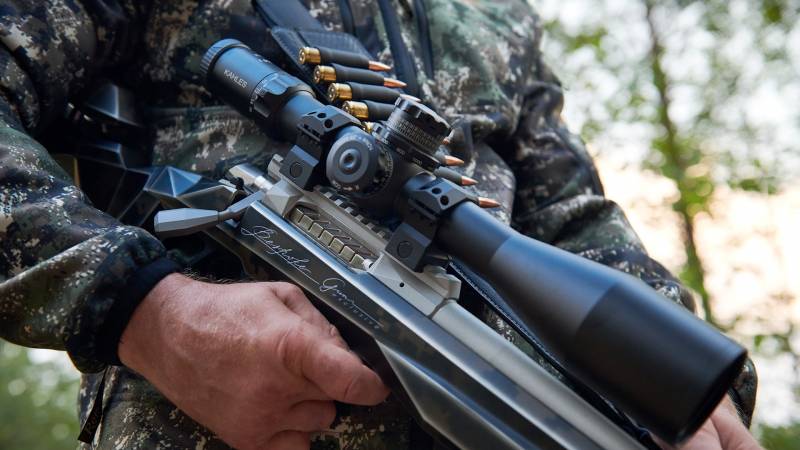 In advertising materials from the manufacturer, the need for the use of cartridges of their own production is mentioned, which are distinguished by increased manufacturing accuracy and, therefore, higher characteristics.

The carbine does not have its own sights, but is equipped with a universal bracket for mounting any systems.

A characteristic feature of the Phantom is a special plastic box. It has a futuristic appearance with many straight faces and a corresponding color. Such a bed is designed to increase the accuracy of fire. The developers remind that the wrong tab and grip weapons can adversely affect accuracy. Specialists in ergonomics and biomechanics were involved in the new project, and with their help they created a hilt and butt, which virtually eliminated the incorrect holding of weapons. Due to this, allegedly, it was possible to fully realize the technical potential of the structure.

The box has a pronounced pistol shot, with the trigger guard markedly extended in front of it. The butt is equipped with an adjustable cheek. The front of the box has fastenings for the bipod.

The competitive advantage of Phantom and other Bespoke Gun products is the high quality of production. Manufacturing tolerances are brought to the micron level. Almost all assembly operations are carried out manually. The production is subject to strict quality control.

In the presented form, the Phantom carbine has a length of 985 mm and weighs less than 4 kg - apparently, parameters without sights and ammunition. 16-inch barrel accelerates the bullet to 930 m / s. Effective firing range - 1 km. When using cartridges of special production that meet high manufacturing requirements, accuracy is achieved at the level of 0,1 MOA.

The most important parameter of the new carbine, its cost to the customer, does not yet appear in open sources. Nevertheless, other positions of the catalog of the manufacturer hint that a high price is worth a solid price.

Unfortunately, so far only the most general facts about the development of a new carbine and only some of its characteristics have been published. Also, the developer company shared with the press photographs of the product "in real life." However, a number of important information has not yet been published, which makes it difficult to fully review and evaluate the rifle.

The fact of the appearance of a new high-precision phantom carbine and a unified rifle may be cause for optimism. This means that domestic arms production is developing and is ready to show its new developments. Bespoke Gun revealed some details of the process of creating new samples, and this data is also very interesting. Using the specific situation on the market, the domestic holding is looking for new technologies and designs designed to ensure independence from imports. 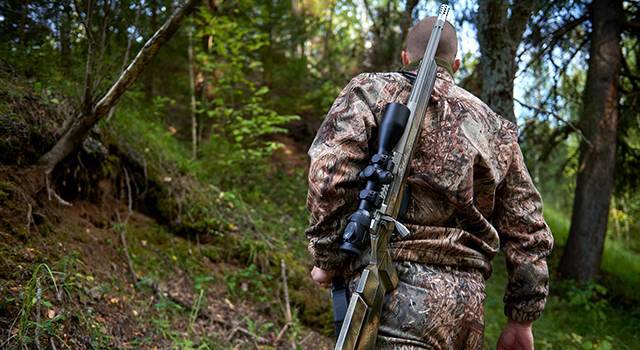 The claimed characteristics show Phantom as a promising development with a good future. The use of such weapons with specially prepared ammunition allows you to get accuracy at the level of the best world models, and this can be a reason for pride.

Following the carbine of the new model, it is planned to show a full-size rifle built on the same solutions. Thus, only two high-precision models are ready so far, but in the future a family of weapons with different barrels and for different ammunition may appear. Domestic manufacturers of small arms do not very often please the public with such the news.

Curious design approaches to the design of the "Phantom". Engineers carefully studied the best foreign samples and adopted the most successful solutions. This reduces the degree of novelty and the risks associated with it, but at the same time provides the desired quality of the structure. However, there were some new solutions. As such, you can consider the original ergonomic box, "protecting" from the wrong grip.

Most of the most important technical parameters of the Phantom carbine have not yet been published. This fact makes it difficult to evaluate the product and its comparison with other modern samples of the same class. The lack of data on the price of weapons and ammunition for him does not allow us to present commercial prospects.

It is hoped that in the near future Bespoke Guns holding will publish new data on its developments, show them in action and, possibly, even compare with similar foreign samples. This will remove a lot of questions and serve as a good advertisement for both the already known carbine and the announced rifle.

"Phantom" may be a reason for pride in Russian arms manufacturers and their successes in the development of new technologies and directions. However, the current state of affairs with accessible information makes us make only cautious assessments. And besides, it does not allow to fully appreciate the efforts and achievements of designers. It remains to be expected that the situation will change - to the delight of lovers of precision weapons.