17 September 2019
15
On September 15, at the training grounds of Russia and foreign countries, the opening ceremonies of the Center-2019 strategic command post exercise were held. The next day, soldiers and officers of several countries set about solving combat missions. Until the end of the week, contingents of a number of states will work out interaction in the framework of the fight against a conditional enemy. 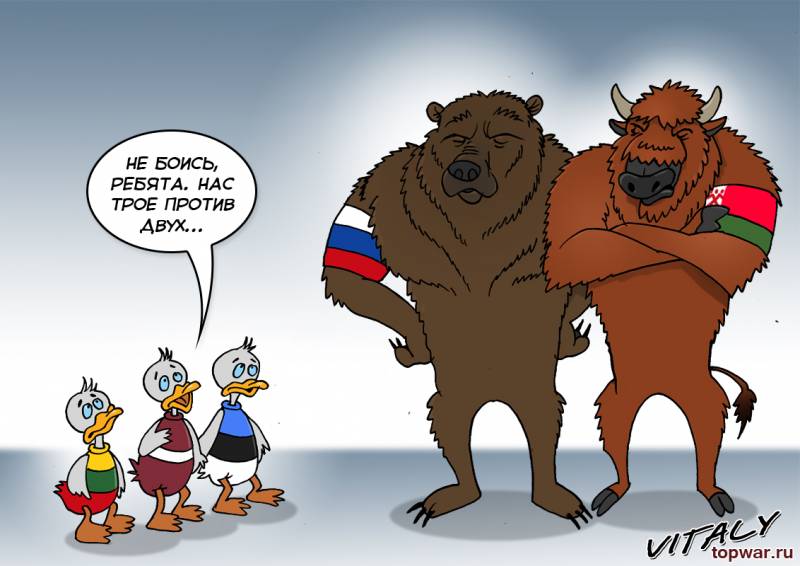 The scope of maneuvers

Events SKSH "Center-2019" kicked off 16 September; The completion of the maneuvers is scheduled for September 21. The exercises are attended by military personnel from eight countries, mainly from Central Asia. Together, the eight armies created several large groups that have to work at different training grounds, both in Russia and abroad.

SKSHU is attended by Russia, India, Kazakhstan, China, Kyrgyzstan, Pakistan, Tajikistan and Uzbekistan. Their army is represented by 128 thousand troops. More than 20 thousand units of land weapons and military equipment, 600 aircraft and 15 ships are involved.

The main episodes of Center-2019 are held at Russian land and sea ranges. These are the combined arms ranges Adanak, Aleisky, Donguz, Totsky, Chebarkulsky and Yurginsky, as well as the ranges of the Air Force and Air Defense Ashuluk and Safakulevo. The marine part of the exercises will be held in the specified waters of the Caspian Sea. Several foreign sites are also involved. 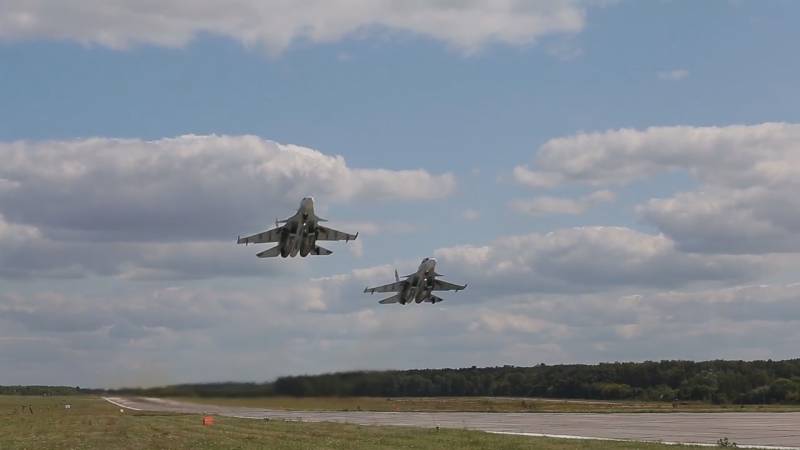 The main role in the current exercises is played by the Russian army. It is represented by parts of the Eastern and Central military districts, the Caspian flotillaas well as aerospace forces and airborne troops. Thus, almost 13 thousand military personnel should work at training grounds in the European part of Russia, of which 10700 are Russians. The same applies to the equipment involved in the secondary school.

According to the legend of the exercises, a threat appeared in the Central Asian direction in the form of international terrorist organizations of an Islamic type, which formed an extremist quasi-state. Such a likely adversary is trying to enlist the support of other terrorist organizations and poses a threat to several countries in the region. Russia and friendly states are taking active measures.

The active phase of the Center-2019 school is divided into two stages of the same duration. During the first three days, 16-18 September, the military authorities of the participating countries will work out issues of joint action in the fight against the terrorist threat. Under the conditions of a given military-political situation, it is planned to conduct defensive and reconnaissance operations, as well as repel air attacks. 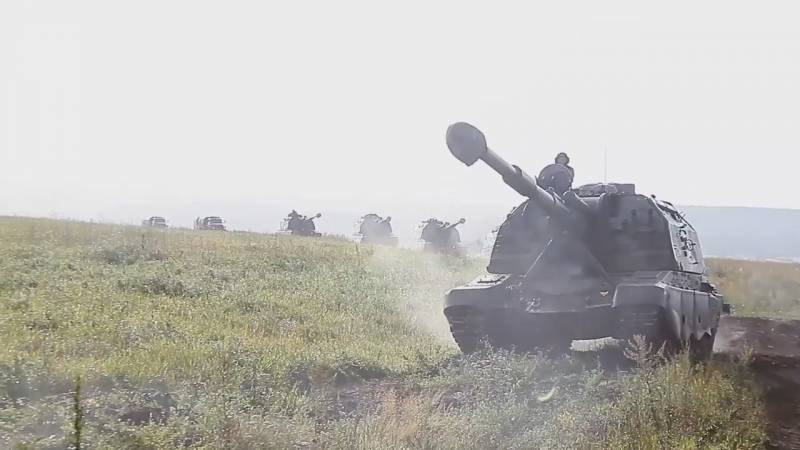 The second stage of the maneuvers, also designed for three days, involves conducting active actions to defeat the conditional enemy. The headquarters and units will work out a massive fire strike against the enemy, followed by an attack on his position.

The overall goal of Center-2019 is to verify the training of command and control bodies of the Russian army and foreign armed forces, as well as to work out issues of their interaction in real conditions. Together, the eight countries participating in the exercises should show and prove their ability to maintain peace and ensure stability in Central Asia. The ability of the states of the region to help each other on security issues is also demonstrated.

The Russian Ministry of Defense also indicates that Center-2019 is the final stage of a set of measures for the operational training of our army this year.

The Ministry of Defense regularly reports on the progress of the secondary school and the actions of various units. Similar news come from all training sites and reveal their main details. 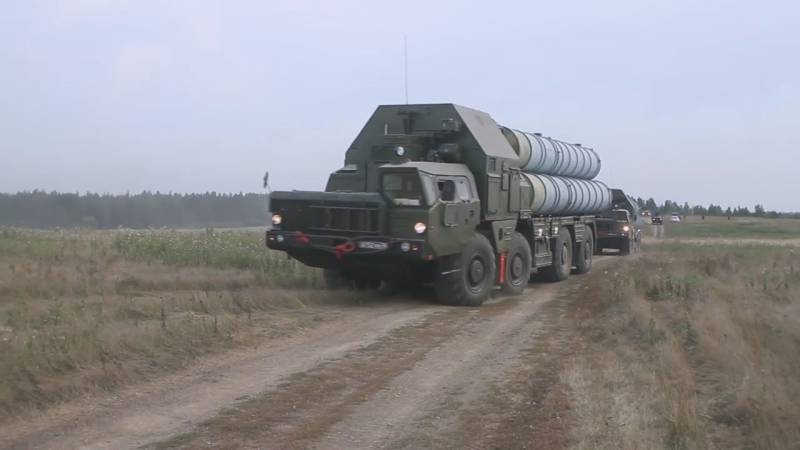 On the first day of the maneuvers, almost all the news concerned the deployment and deployment of troops in these areas. Some units already on September 16 managed to enter positions and carry out deployment, after which they began to solve combat training tasks. We are talking about both combat units and support units.

One of the first to complete the preparation for work was the communications unit. For providing communications and command and control of troops at six Russian training grounds are the signalmen of the Central Military District. The communications units are represented by 1500 troops and use about 600 units of various equipment and apparatus. They have already established the work of secure communication channels and continue to work in the face of active opposition from a conditional adversary. Russian signalmen also work at foreign landfills.

The transfer of ground units is underway. Over the course of Monday, hundreds of servicemen with dozens of pieces of equipment arrived at the Donguz training ground alone. Transfer completed tank parts of one of the divisions of the Central Military District, self-propelled artillery units were also sent by rail. On Monday morning, an artillery brigade, reinforced by divisions of increased power, set off on its own to the training ground. To reach Donguz, the junction had to overcome 500 km of rough terrain. 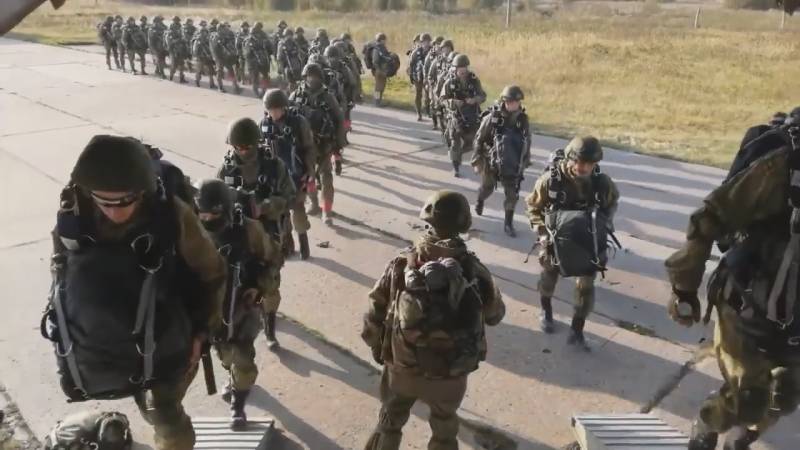 On the Caspian Sea, the first episodes of the secondary school with the participation of a ship group took place. Missile and artillery ships of various types, landing and anti-sabotage boats, minesweepers and support vessels went to sea ranges. To ensure the safe passage of ships, a group of minesweepers carried out trawling of the fairway of the port of Makhachkala. At the time of going out to sea, the ships of the Caspian flotilla worked out passage along the worn fairway, and also carried out training firing at simulators of sea mines.

The advance of troops to the training grounds continues, and a number of units have already begun to carry out combat training missions. SKSH "Center-2019" will last until the end of the week, and for the next few days the troops have to do a good job.

The need for training

The main task of the Center-2019 strategic command-and-staff exercise is to develop joint actions of several armies in the framework of the fight against international terrorism. Over the past decades, it is Central Asia that has been one of the main sources of such threats, and therefore the closest states need to take measures.

The main threat in the region is terrorist groups that continue to operate in Afghanistan. In addition to local gangs in the region, there are representative offices of organizations from other countries. In addition, some militants have real combat experience gained during conflicts in the Middle East. 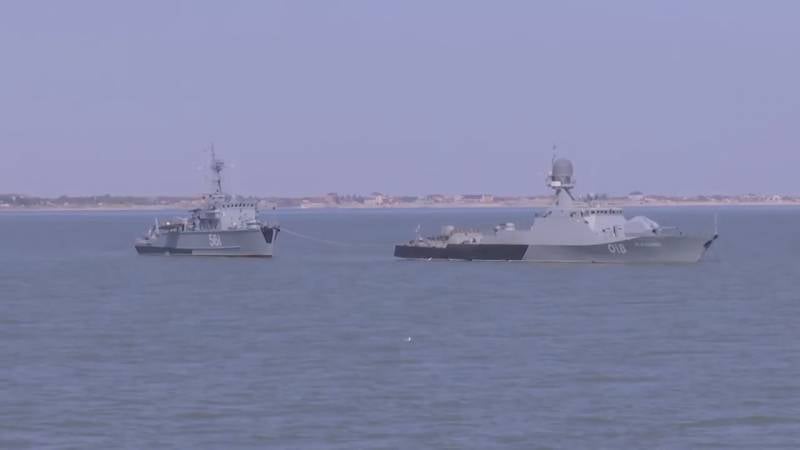 The events of recent years in Iraq and Syria clearly show the potential threat of terrorist organizations. At the same time, they demonstrate that such formations can and should be fought. Moreover, the greatest effectiveness of such a struggle is achieved with the coordinated joint work of several countries that have common interests.

Such a scenario is being implemented within the framework of the Center-2019 school. Conditional terrorists formed a quasi-state that threatens neighboring countries. Those, in turn, take measures and together begin the fight against terrorists. According to the legend of the exercises, the fight against an extremely dangerous enemy is being worked out. This requires the involvement of a large group of diverse forces.

According to the results of the current exercises, the Russian and foreign command will be able to determine the real capabilities of their troops in the context of a joint fight against the terrorist threat. In addition, an analysis of the results of SKSHU will show weaknesses in the preparation, which should be paid attention in the future.

At the moment, the troops are performing the tasks of the first stage of the Center-2019 secondary school. In the coming days, the second stage will begin, the result of which will be the final defeat of the conditional enemy. A few days remain until the end of the maneuvers, but their goals, objectives and positive effect are clear now. The countries of the region understand the current threats and do everything possible to counter them.