15 September 2019
216
Despite the recent meeting between the leaders of Russia and Israel, the contradictions between the countries regarding airstrikes on targets in Syria and Iraq have not gone away. According to the Israeli publication The Jerusalem Post, Moscow allegedly threatened to shoot down Israeli planes in case of possible IDF attacks on targets in the SAR. 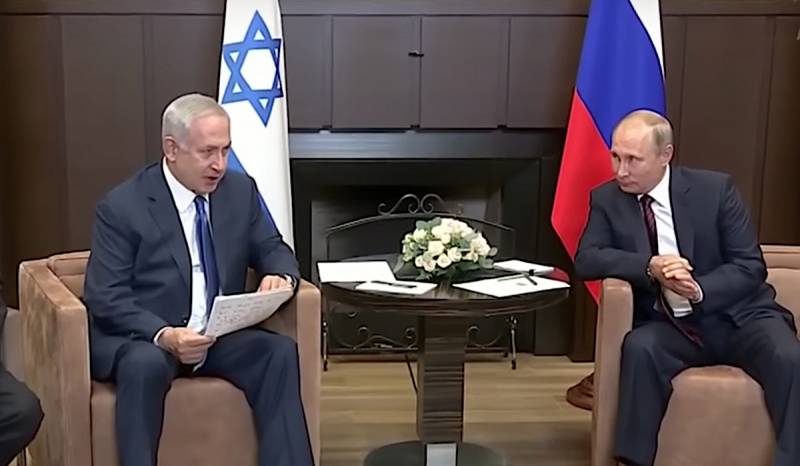 The largest Israeli English-language publication, The Jerusalem Post, claims that despite Benjamin Netanyahu’s recent seemingly favorable background and recent visit to Moscow, it was against the backdrop of a rift between the two countries. The article says that Russia prevented three Israeli air strikes against Syrian outposts.

In addition, the publication notes that Moscow allegedly threatened that any aircraft trying to attack the territory controlled by official Damascus would be shot down either by Russian aircraft or anti-aircraft missiles. Article in The Jerusalem Post based on material from the newspaper of the british Arabic-language resource Independent Arabia.

Russian source Independent arabia claims that the bombing of the Syrian outpost, where the C-300 rocket battery is located, was prevented. Objects in Kuneitra and near Latakia were also avoided.

The newspaper believes that this is what prompted Netanyahu to his urgent visit to Russia: during it, the Israeli prime minister tried to convince Putin to ignore Israeli attacks on Syria. According to Independent Arabia, Putin made it clear to Netanyahu that the Russian Federation would not allow harm to the Syrian army.

The article also emphasizes that the meeting with Putin and its outcome were a failure for Benjamin Netanyahu on the eve of the Knesset elections, which will take place two days later. Israeli sources called the meeting "failure."

It is alleged that a Russian source stated that the Russian leader expressed his dissatisfaction with the latest Israeli actions in Lebanon, and told the Israeli prime minister that he “rejects aggression against Lebanese sovereignty.” That is, he uttered words that had not been heard from him before.

In turn, this material has a certain political connotation - primarily for intra-Israeli use. There is only one reason - the Israeli elections. Netanyahu leads the ruling right-wing party Likud. Its main competitor is the center-left party Kahol-Lavan. Both parties have an approximately equal number of votes, but Likud has more chances to form an independent coalition.

Any scandal could delay voters from Netanyahu and leave Likud in second place. The leader, who placed at the head of his political strategy communications with the largest world leaders (posters from Netanyahu with Putin and Trump hung all over Tel Aviv), has recently received several painful injections.

The departure of US National Security Advisor to the United States, John Bolton, calls into question further sanctions against Iran. The American publication Politico accused Israel of spying on Donald Trump. The article, which declared the Israeli leader’s trips to Russia to no avail, greatly impacts his reputation. This can be either a political order or the desire of an Arab publication to strike at the positions of Benjamin Netanyahu, who has already expressed a desire after an election to annex territories on the West Bank.
Military Reviewin Yandex News
Military Reviewin Yandex Zen
216 comments
Ad