14 September 2019
74
The Russian Su-35 multi-role fighter has arrived in Turkey to participate in the Technofest technology festival. This was reported by TASS, citing a source in the United Aircraft Company (UAC). 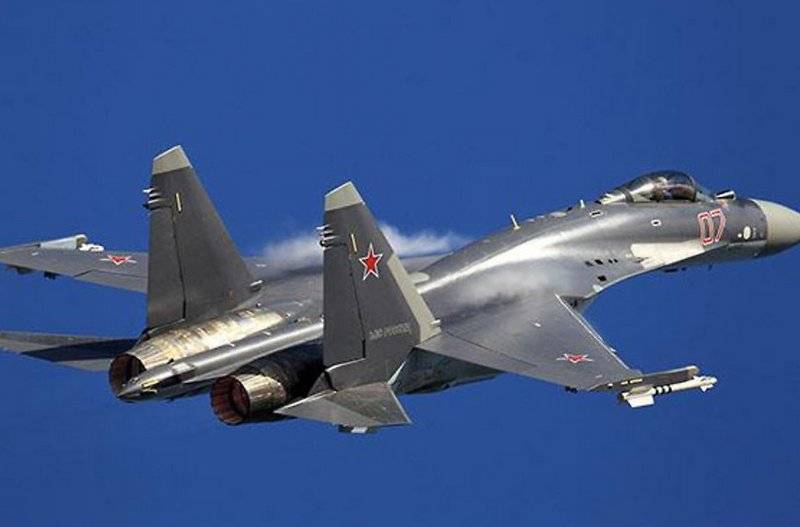 According to the agency, the Russian Su-35 fighter made a flight to Turkey and landed at Ataturk Airport, where the Technofest technology festival will be held from 17 to 22 on September. Other aircraft announced for the festival are expected to arrive soon. The UAC did not give the exact number and names of the rest of the equipment, but earlier it became known that in addition to Su-35, Russia will show in Istanbul the MS-21, Sukhoi Superjet 100 airliners and the Be-200 amphibious aircraft. The final list of equipment has not yet been determined.

Earlier it was reported that Turkey expressed interest in acquiring the Russian multi-role fighter generation 4 ++ Su-35 and fifth-generation fighter Su-57. According to Turkish President Recep Tayir Erdogan, Ankara does not exclude the purchase of the Su-57 in the event of the United States' final refusal to sell the F-35, but so far the American fighter is in first place with Turkey.

It has also recently become known about the interest of the Turkish side in the Be-200 amphibious aircraft.