The weapon of the Second World War. Night fighters. Comparisons

15 September 2019
23
Finishing the resulting rather large topic of night fighters, of course, it will be quite fair to compare them with each other. And walk along the strengths and weaknesses, good history We considered planes well in previous materials.

He was the first. Yes, he still had fairly easy opponents, but nevertheless, in the daytime battle, the Destroyer did not prove to be a cool fighter, in the night ... Well, in the night it was a little better. 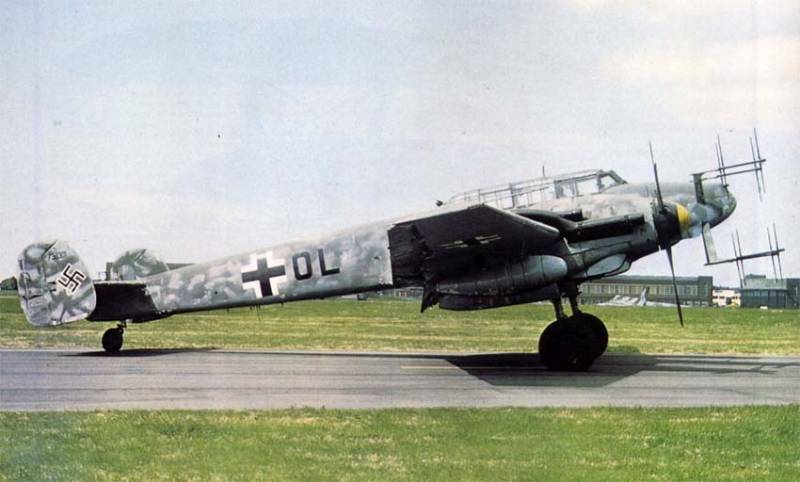 In the night battles over Europe at the beginning of the war, Bf.110 was quite successfully used with the Himmelbett guidance system, which did not require either a long flight range or a long duration of stay in the air. But as faster bombers and jammers appeared, the 110 became sadder, although it fought until the very end of the war.

The only question is how effective.

Pluses: mastered aircraft in every sense. A good set of weapons.

Disadvantages: speed and maneuverability. Plus a small radius of action. In addition, there was a shortage of aircraft with a crew of three people. This is the problem of a radar operator leaving a damaged parachute machine. To do this, the shooter was the first to jump out, but if he was injured or killed, then it was not possible to leave the plane.

Maybe not the most widespread night fighter of the Third Reich, but - the most important element of German air defense. In 1944, the assembly lines of Junkers and its allies almost completely switched to the production of a fighter variant. 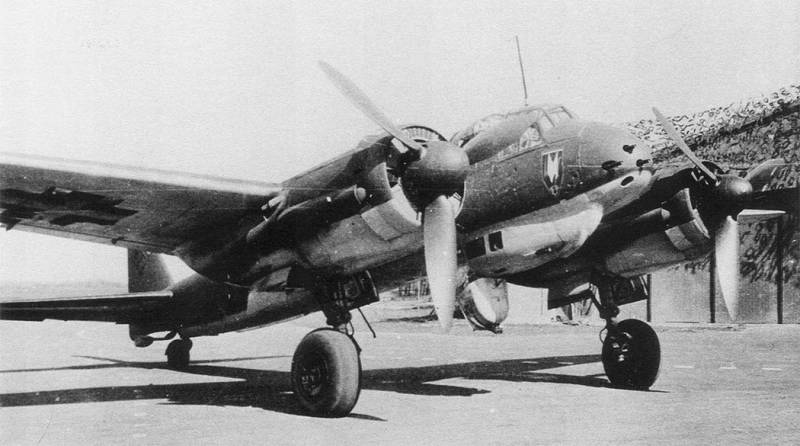 The weak side of the plane was that he did not keep up with the "stuffing", which was constantly added to it. Various radar systems, the FuG 101 radio altimeter, the FuG 25 radar transponder used to interact with the Himmelbett guidance system and anti-aircraft artillery, as well as the FuG 10 receiver, of course, improved aircraft capabilities, but constantly increased its weight and worsened aerodynamics. 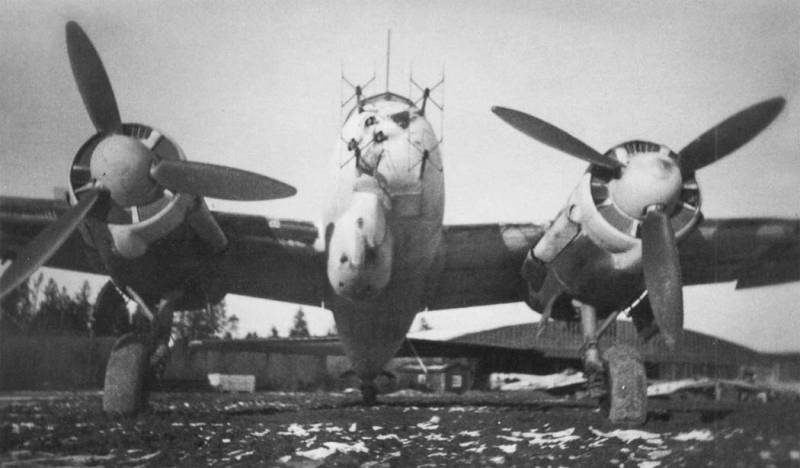 Not a very successful experiment to turn a bomber into a night fighter. This aircraft was not equipped with a radar, but no less interesting equipment was installed on it: an infrared night-vision device. 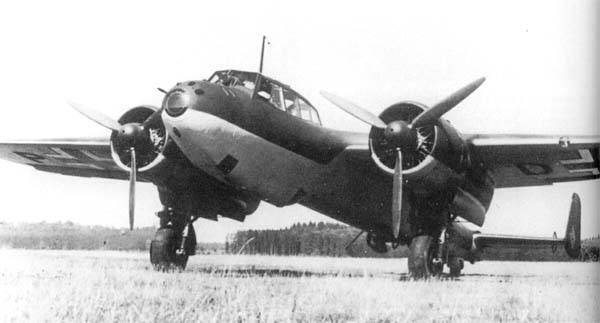 The device was called "Spanner-Anlage." It consisted of two parts: an infrared spotlight and a receiving Q-tube with a small screen.

An infrared illuminated target appears on the screen.

There was also a passive device, without a searchlight, which caught the hot exhaust gases of the engine. The downside of the systems was a short range.

It is not surprising that by the 1942 year, all the Dornier Do-17Z had been transferred to training and withdrawn from the Luftwaffe.

In fact - work on the Do-17 error, but not the most successful work. Of course, the appearance of the Liechtenstein radar greatly simplified the work of the crews, but the overload of the structure played a role.

The armament was impressive, and the fighter could really destroy anyone if it caught up. And this was a huge problem. Attempts to install more powerful engines did not improve the situation, and at the beginning of 217 Do-1943J began to change to Junkers and withdraw from the combat units of the Luftwaffe. 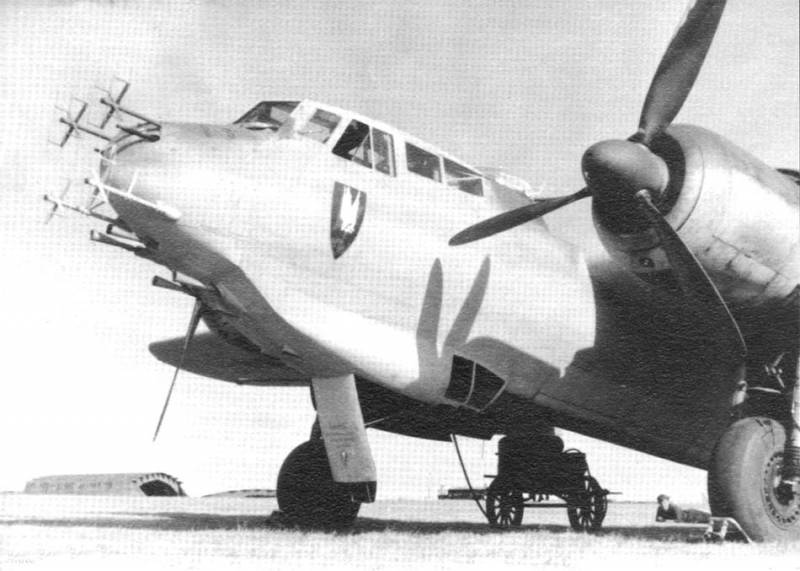 Heinkel’s designers created a truly advanced machine, with real advantages such as a pressurized crew cabin, catapults and remotely controlled defensive weapons. Therefore, in fact, the plane did not go into production until Kammhuber took up it and offered to remake it into a night fighter.

Unfortunately for the Germans, Heinkel was unable to build He.219 in sufficient quantities. In total, 268 machines of all modifications were built, which is clearly not enough. And the car was pretty decent in all respects. I would say that it was the most powerful of the night fighters in terms of armament, plus it also flew pretty well for itself. In general, this is perhaps the only piston-powered aircraft that could fight on equal terms with the Mosquito. 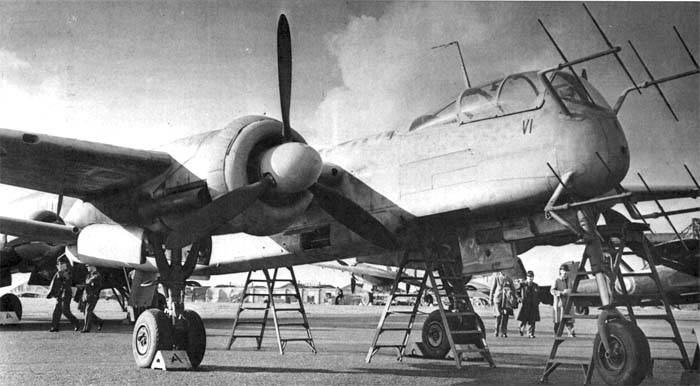 Pluses: LTH as a whole, weapons.

Disadvantages: perhaps a bit heavy. But not critical.

He was. That's all there is to say about this plane. No special merits and big victories, just the war ended before the Germans were able to debug the production of cars and training pilots. The prospect, of course, was. 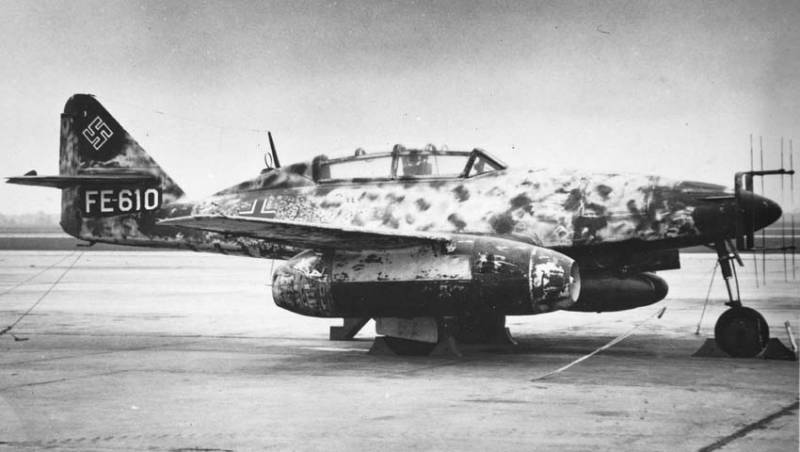 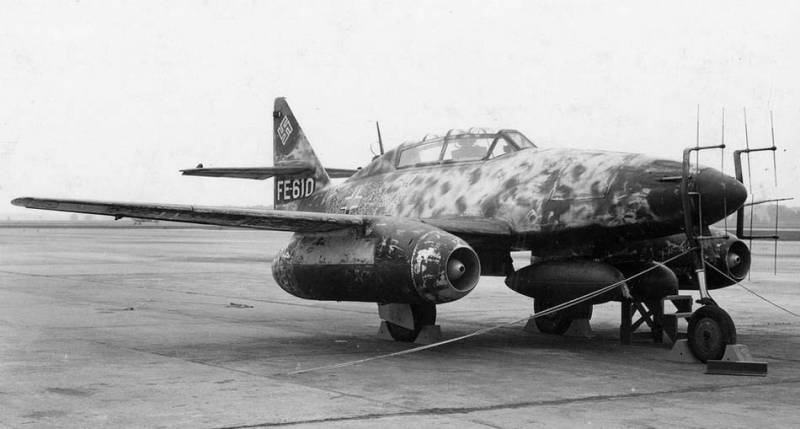 Disadvantages: undeveloped design as a whole, weak weapons. Two guns MK-108 30-mm - it's frankly about nothing.

As I already wrote, by the beginning of World War II, this plane was so outdated that it just had to be written off quietly. However, he was forced to fight. 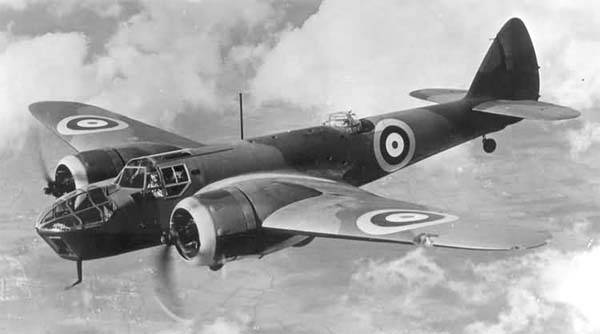 They fought at night, "Blenheim" and the defense of Britain, and in North Africa and India. But the victories of this fighter were more an exception than a rule, because its speed qualities simply did not allow anyone to catch up. Therefore, by the 1944 year, all Blenheim were replaced by Bofayters.

Well, it's horror flying on the wings of the night. This is a fighter that was able to calmly and effortlessly destroy enemy night fighters. In general, the Mosquito shot down everything that fell into sight, from bombers to V-1 and V-2 shells. 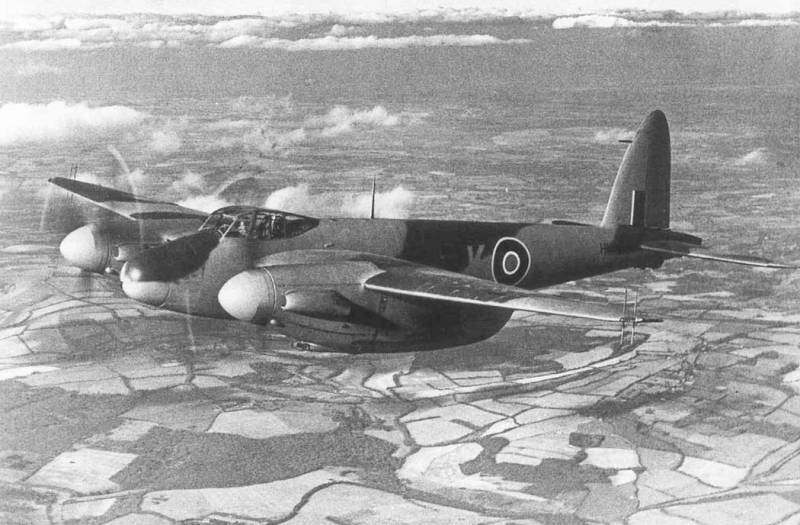 Perhaps, if there were problems with anyone, then with Me.262 and Ne.219. The first was superior in speed, and the second was created as a response to the Mosquito, therefore, too, could smite with all my heart.

In general, this is a candidate for one of the prizes. 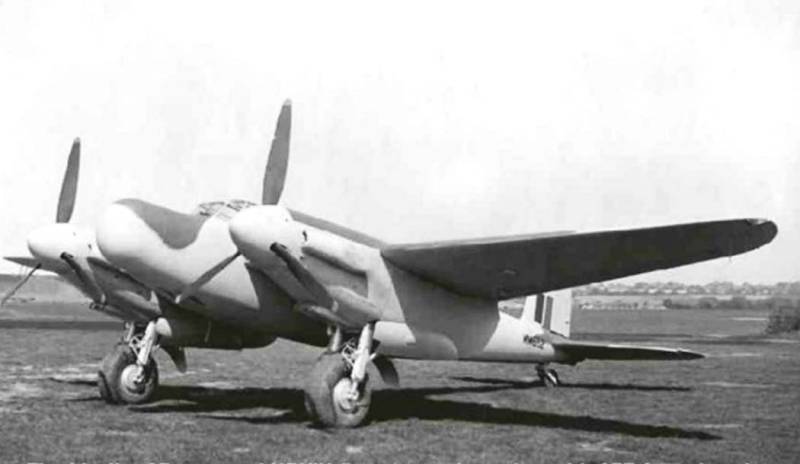 Disadvantages: perhaps that was not.

This gentleman, in theory, was supposed to be somewhere together with 110 and Brenheim, because he was a clumsy one and, as a whole, was completely unsuitable for battles with fast and maneuverable Japanese aircraft. 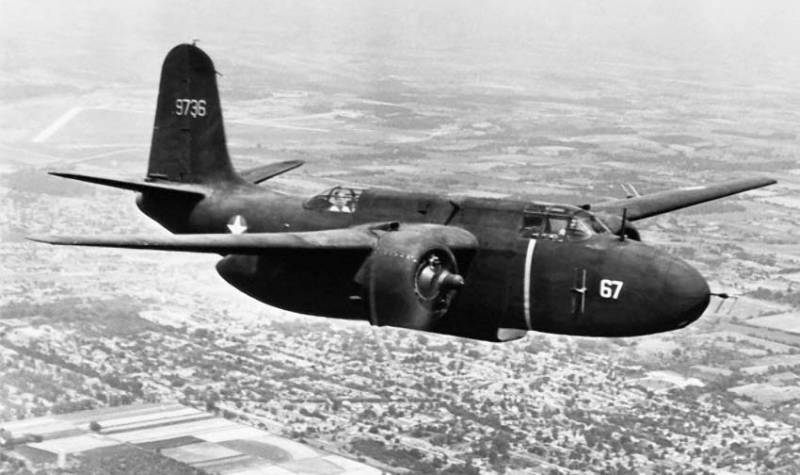 That is why the "Night Hawk" was used as you like, and as an attack aircraft, and as a scout, and as a training aircraft.

The total number of victims of the "Black Widow" is not large, since they entered service at the time when the Allies had already established almost complete control over the airspace. 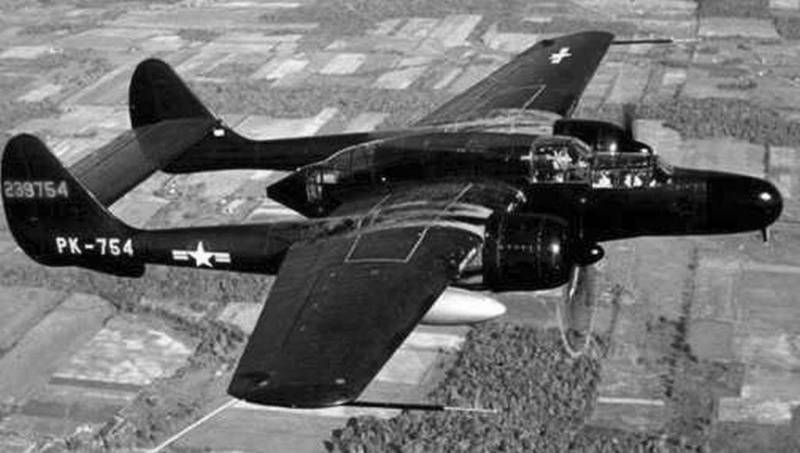 But this remarkable aircraft fought, and fought quite well. Moreover, when the Japanese ran out of planes, the Widow was quietly adapted as a night attack aircraft.

The last aircraft shot down during World War II was destroyed precisely by the P-61В. On the night of 14 / 15 on August 1945, the P-61B, piloted by Lieutenant Robert Clyde and radar operator Lieutenant Bruce Leford, shot down a Japanese Nakajima Ki-43 army fighter over the sea near Yeshima.

By the end of World War II, in the USAAF, fifteen of the sixteen night fighter squadrons were armed with the P-61A or P-61B, which says a lot. 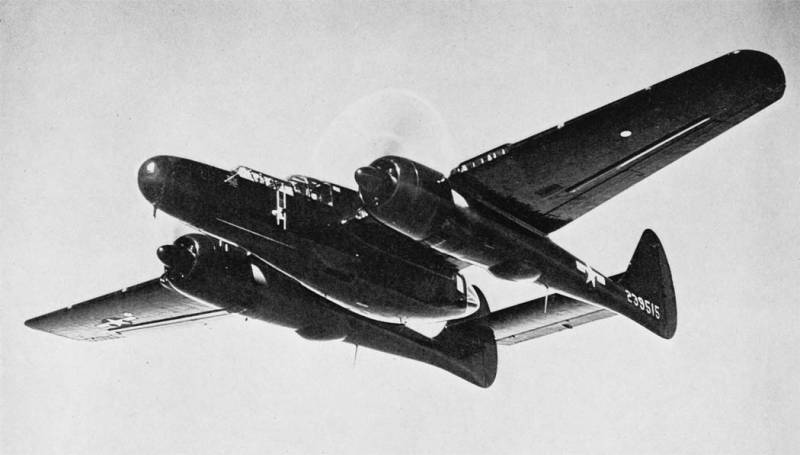 In general, the table is the main medium of information. It can be judged by how bad this or that plane was or is good. 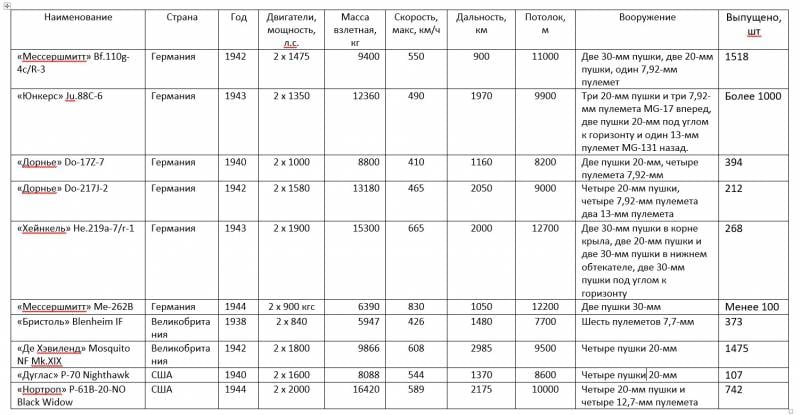 If it seems to some that some fighters are obviously out of place, because they are from the first half of the war, I’ll explain. It’s easier to see the evolution that these planes did. And they did it, moreover, it was thanks to work on night fighters that we (including) received universal jet aircraft at the exit.