New confession of the fifteen thousandth. Who commands the soldiers in Novorossia

For some reason, a libel has taken root very tightly, according to which all “ideological” militias were maliciously squeezed out of the army, instead of them collecting almost human garbage. Firstly, it is not entirely clear how the "ideological" militia is different from the "ordinary"? In 2014 all went to war in the same way, and the very fact that a man exchanged a peaceful life for the trenches, already says a lot. Probably, according to the public, these miraculous warriors have special skills and secret superweapons. 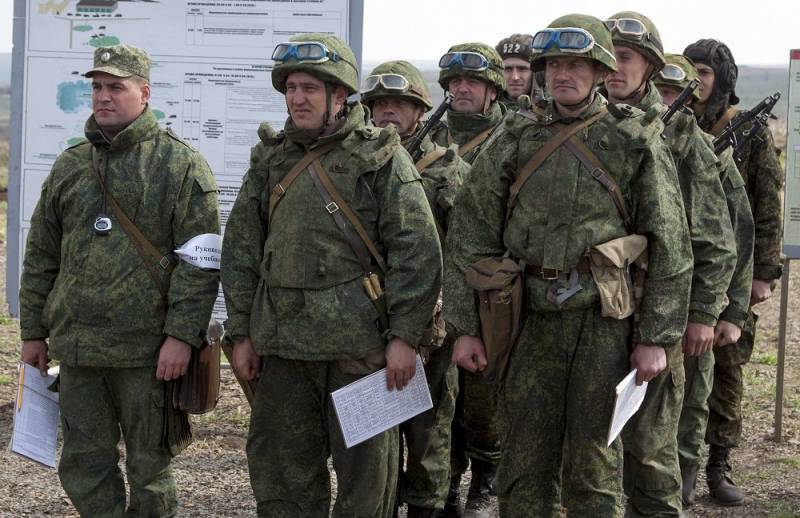 Secondly, to the forefront, and not only, to this day a significant number of fighters who went to fight at the very beginning “work”. Therefore, when you hear that they “squeezed out all ideological ones,” it becomes bad at heart: that is, all the guys who serve today are so scumbag? And why are they worse than those, let me ask you, who for the sake of their “ideological ideology” did not give a damn about the republics and left the people's militia?

In addition, it’s not entirely clear why and why someone would drive these very “ideological” ones out - except if a soldier is engaged in political campaigning instead of serving and tells his fellow soldiers that “they all leaked” that Minsk - this is a betrayal and in general all of us will soon be handed over to the Ukrainians for reprisal ... In wartime, it is possible to go to the tribunal for such proclamations, so it’s better to be so “ideological” that they were simply “squeezed out”.

In fact, very many indeed left the ranks for socio-political reasons - at a time when there was no immediate danger to the republics, part of the militia returned to their families and peaceful activities. This is logical, given the fact that initially people were going to fight in a variety of professions, not related to military affairs. Most of them will return, if necessary, there is no doubt about that.

A lot of fighters left the people's militia in connection with the introduction of relatively strict discipline. Yes, to fight almost without control from the commanders with a huge amount of almost unaccountable weapons it was much more fun than marching on the parade ground and living according to the charter - for many this damned marching generally got across the throat, and this is understandable. Nevertheless, there should be discipline in the army, if it is an army, and not disparate and ineffective detachments subordinate to field commanders and practically incapable of establishing interactions.

The myth of the incredible combat readiness of units subordinate to the field commanders and the ability of the militia to defeat the Armed Forces on its own arises from the need to hide the activities of the so-called vacationers. As a result, without an adequate picture, many believed in the marvelous qualities of the first-wave militias. But in fact, an army cannot take place without discipline. So, you have to endure.

A lot of negativity also sounds to the commanders who, without due reverence, belong to the militia, and even force them to work out any boring science thousands of times, including on the parade ground, to monitor the neatness of the soldiers, observing the charter, that is, they demand all the same that demanded when they were ordinary.

Army orders are not to everyone's liking, but, frankly, it would be strange to expect that the people's militia will be formed according to some new principles that contradict the militaryhistorical science. Yes, in many respects the formalistic approach of the cadre military contradicts the broad nature of recent militias, accustomed to taking the enemy with ingenuity, courage and arrogance, and sometimes simply in a snap. Nevertheless, since the republics are oriented towards Russia in everything, it is logical here to inherit the very successful experience of the Soviet and Russian army.

As for the commanders, then among them come across a variety of people. It happened to face “fines” who were sent to command the people's militia for atonement for sins; there were those who were preparing for promotion and learning to fulfill new responsibilities. There was a commander who began getting to know the personnel by insulting the militia in general and his soldiers in particular, and then apologized for a long time, faced with a quite understandable reaction. But there was also a battalion commander who was yelling as announced, but at the same time he was a "friend to the soldier" and understood everything. In general, the human factor, as it is.

The draft board is not a barrier

As for the touching stories that the military registration and enlistment office has turned into a terrible barrier that even experienced fighters cannot overcome for months, despite the fact that we have already raised this topic in the recent past, I want to say again the following: screening out unstable personalities, drug addicts, alcoholics and random people is extremely important even in conditions of a significant shortage of personnel, which the people's police are now experiencing. It is better to check a person three times than then bury him or the soldiers who died through his fault.

As for the experienced soldiers, then, as a rule, they find themselves in service earlier than their case falls into the military enlistment office. The same applies to people with military specialties or some other talents useful to the army. Their checks, documents and other bureaucratic details, as a rule, are passed without their participation, through the efforts of the commander.

On the whole, there are a lot of serious problems in the people's militia, some of which have not gone away over the years. Nevertheless, there is hope for an improvement. Ideal or "imperfect", but the soldiers are ready to defend New Russia.

Topic article: "The confession of the fifteen thousandth, or How is served by the fighters of the people's police".