11 September 2019
30
Italy officially joined the British project for the development of the "sixth generation" Tempest fighter as part of a complex of promising combat systems aviation. It is reported by the military messenger Janes 360. 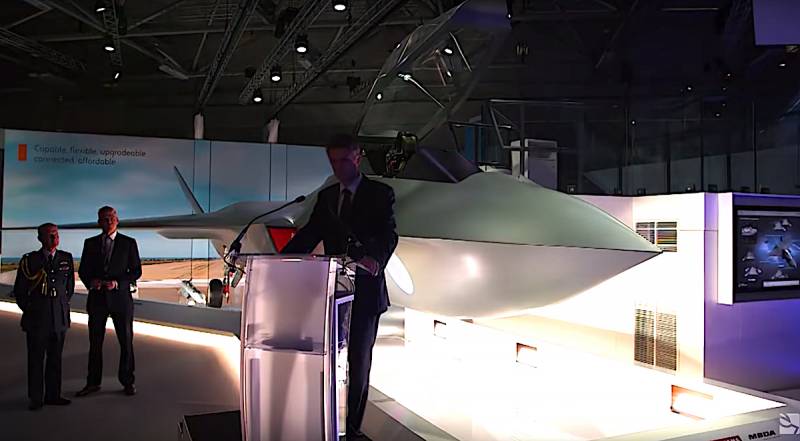 Italian Defense Minister Gerini Lorenzo has officially announced a partnership agreement under which Rome will join the Tempest British sixth-generation multi-role fighter program. A statement came soon after the signing of the corresponding letter of intent at the DSEI 2019 defense exhibition in London.

[Joining the program] is a very result achieved through effective, fruitful and concrete work, confirming the superiority of the Italian defense industry.
- quoted by the Lorenzo Italian Ministry of Defense (MO).

As the UK Department of Defense noted, the protocol signed in London between the two countries includes several bilateral obligations, including: closer coordination of government actions regarding future improvements to the Eurofighter Typhoon; developing dialogue on Tempest's military needs; development of a roadmap and identification of opportunities for the integration of advanced Eurofighter Typhoon technologies into Tempest; development of an innovative, flexible and cooperative industrial structure to meet the needs of a promising fighter program; as well as the launch of pilot studies that should demonstrate collaboration.

Tempest has a competitor

By joining the Tempest program, Italy becomes the second international project partner after Sweden. Stockholm signed a memorandum of understanding in June, during which representatives of SAAB (the company is the general contractor on the Swedish side) expressed hope for in-depth cooperation within the framework of the Teampest project on the development of “future technologies” related to the platform.

However, although Sweden signed a letter of intent earlier, it has not yet officially joined the program (a decision on this issue will be made in the third quarter of the 2020 of the year) and instead is collaborating on the broader British Initiative Combat Strategy (CAS): Tempest is part of this global project. Italy's interest in a promising next-generation fighter seems more substantive at this stage.