11 September 2019
37
China will build the 071E Project Landing Helicopter Dock for Thailand. The signing ceremony between the Thai Navy and China Shipbuilding State Corporation (CSSC) was held on 9 this September in Beijing. 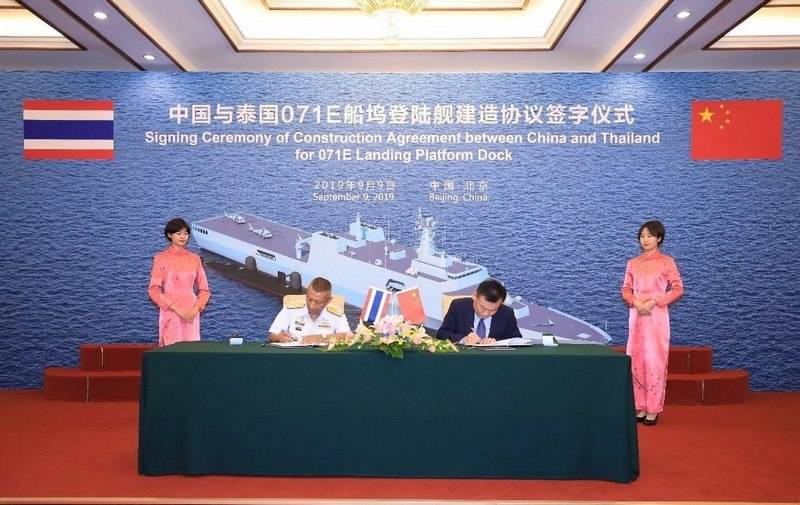 China at the Hudong-Zhonghua Shipyard in Shanghai, China Shipbuilding State Corporation (CSSC), will build an 071E landing helicopter dock for Thailand’s Navy. The value of the contract is 130 million dollars. The terms for laying the ship and its construction are not given.

Reportedly, the 071E project docking ship is an export version of the 071 projected landing helicopter dock ships (DVKD) for the Navy of the PLA, of the Kunlunshan type. Currently, the Chinese Navy has six DKVD of this type, another one is undergoing a test phase, and the eighth is being completed after launching in June this year. The construction of all DKVD has been underway at the Shanghai Hudong-Zhonghua Shipyard since 2007 of the year. 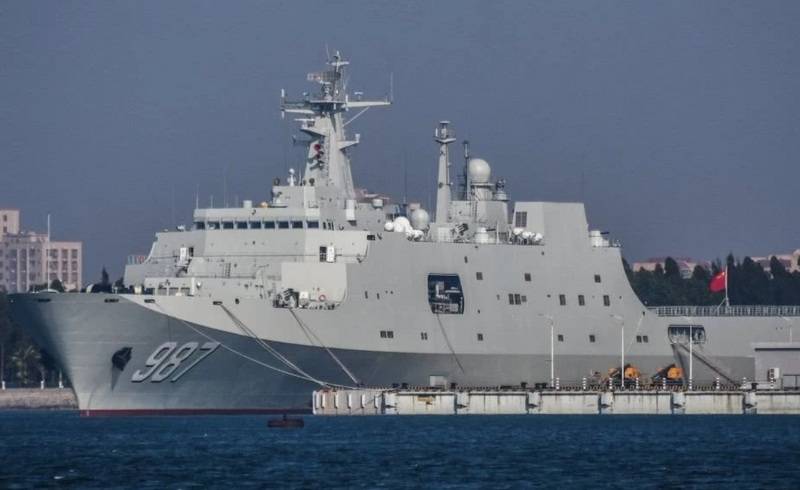 The 071 project ships are capable of performing four tasks at once: land amphibious landings on land, receive helicopters, be a command center and a floating hospital.