In Zelenodolsk laid the next RTO project 22800 "Karakurt"

11 September 2019
47
At the Zelenodolsk shipyard in Tatarstan, the ceremony of laying the small rocket ship (MRK) of the 22800 Karakurt project took place. This was reported by the press service of the Ministry of Defense. 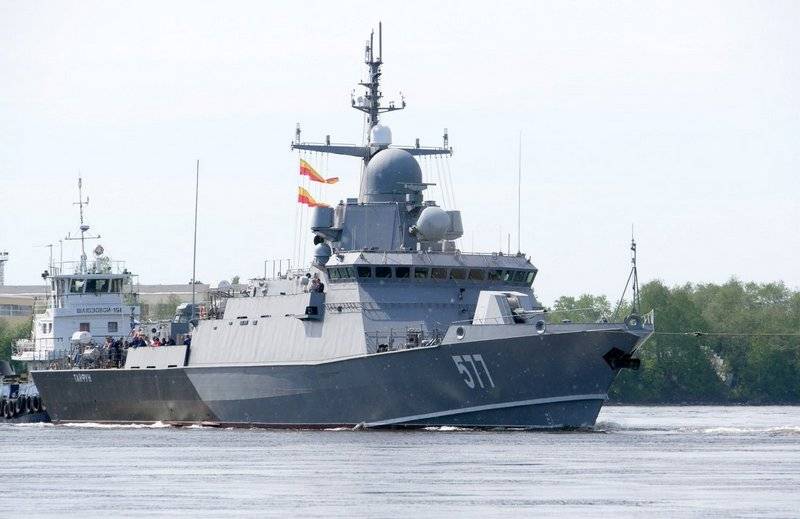 The fifth serial ship of this project, laid today in Zelenodolsk, was called the Typhoon. Previously, it belonged to the first serial RTOs built on Pella, but later renamed Sovetsk. This is the last ship of this series, laid down at Zelenodolsk Shipyard. Construction of RTOs, with a high probability, will be carried out at the Zaliv plant in Kerch.

According to the Commander-in-Chief of the Russian Navy Nikolai Evmenov, who personally arrived at the launch ceremony of the RTOs, it is planned to complete a series of 18 ships of the 22800 project by the 2026 year, after which construction of ships of a larger displacement will begin.