When purchasing shift cars, the National Guard of Ukraine chose the most expensive lot

11 September 2019
16
The National Guard of Ukraine for the month rejected two proposals for the purchase of shift vehicles, focusing only on the third - and most expensive - option. The contract for the amount of about 63 million hryvnia involves the purchase of 25 cars. 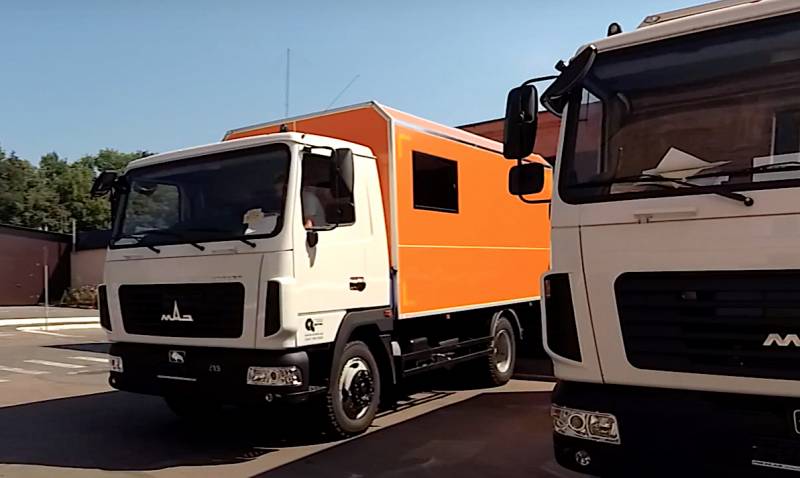 The National Guard of Ukraine, which is currently under the control of the Minister of Internal Affairs of the country Arsen Avakov, chose the most expensive offer when purchasing shift vehicles worth 62 million 800 thousand hryvnias.

It is noted that the terms of the contract from the very beginning provided benefits for one of the participants offering the MAZ-5340 brand: it was under him that the terms of the competition were directly spelled out. However, after the complaints of other participants, the terms of reference were amended. In particular, in the text of the accompanying document, the purchase was noted as “cars that are close in parameters to the MAZ 5340 euro 2 car with the YaMZ engine (included in the Ukrainian sanctions list as goods manufactured in the Russian Federation)”.

The most expensive item selected

Based on the results of the bidding, the NEFTEAVTOMATIKA proposal with the lowest price of 47 million 200 thousand hryvnias with machines on the JAC and FOTON chassis (this company has previously supplied NSU rotational shifts to the KrAZ-6322 and KrAZ-5233НЕ chassis) was published in the minutes of the tender tender disclosure. On August 21, the tender committee of the 3078 military unit, according to protocol No. 812, rejects the offer due to non-compliance of the product with technical, qualitative and quantitative characteristics (two types of cars were offered instead of one, and the downloaded documents contained errors).

In the autopsy report, the next lowest-priced offer follows from AvtoKrAZ CJSC, which offered cars on the KrAZ-5401Н2 chassis for the total amount of 49 600 000 UAH. The tender committee also rejected this proposal on September 3 (protocol No.832) due to the fact that AvtoKrAZ CJSC had tax arrears as of 01.08.2019 of the year.

Subsequently, on 6 of September, the third, most expensive item worth 50 million hryvnias from Spets-Kom-Service LLC was recognized as the winner.

Minister of Internal Affairs Arsen Avakov is considered one of the architects of the victory of Vladimir Zelensky, since he remained neutral and did not allow falsification by the former President of Ukraine Petro Poroshenko. However, recently Zelensky has been trying to weaken Avakov’s position. In particular, they want to transfer the National Guard under the direct command of the Ukrainian president.

While Arsen Avakov was at the post, the National Guard was implicated in several procurement scandals. In particular, the department exchanged residential meters relying on the National Guard in an elite new building in Pechersk for apartments located on the outskirts of Kiev.