Merkel urged Europe not to rely on US military defense

11 September 2019
44
The United States is no longer Europe’s “automatic defender”, so it needs to make more efforts to ensure its own security. This was announced by German Chancellor Angela Merkel at the debate in the Bundestag on the federal budget for the 2020 year. 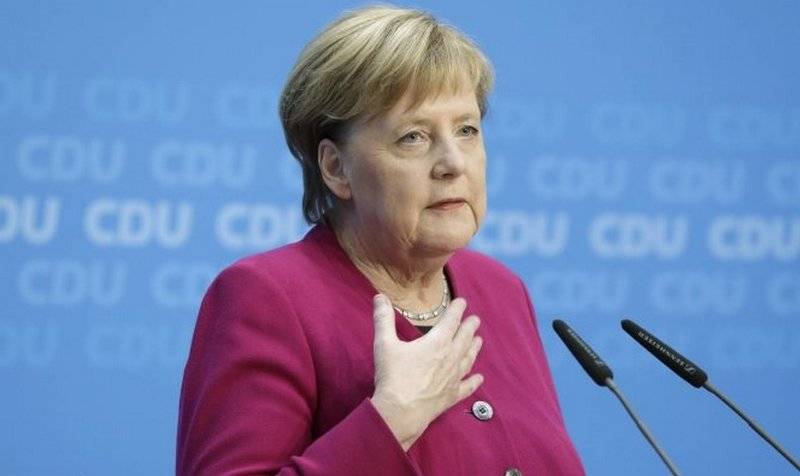 According to Merkel, the United States is a superpower both militarily and economically, and Europe is largely connected with the United States, despite some differences of opinion. However, the United States will no longer “automatically” defend Europe, as was the case during the Cold War. Therefore, she stressed, Europe needs to make its own efforts to ensure security.

Europe is bound by values ​​with this superpower, despite all the differences of opinion. There is much in common, but there is no longer automatism in the fact that they, as during the Cold War, will play the role of defender of Europe
- said the chancellor, adding that serious changes and a shift in the balance of power are taking place in the world.

Note that recently, Europe has criticized the United States on many issues, both economically and militarily. This is especially true of Germany, which the United States "puts sticks in the wheels" in the construction of the Nord Stream-2 pipeline, which is very important for Berlin.

In addition, US President Donald Trump directly criticizes the German authorities for the insufficient military spending on NATO. He has repeatedly stated that Europe must pay more to the United States to provide protection against attack.

Earlier, some European media reported that the EU intends to create its own army, which will "protect against Russian attacks against the backdrop of US impotence."