Services are no longer needed. Why Trump fired Bolton

12 September 2019
13
On September 10, it became known about the dismissal of the odious politician John Bolton, famous for his Russophobic statements, from his post as adviser to the US president on national security issues. This decision was made by the head of the American state, Donald Trump, who worked with Bolton for quite some time. 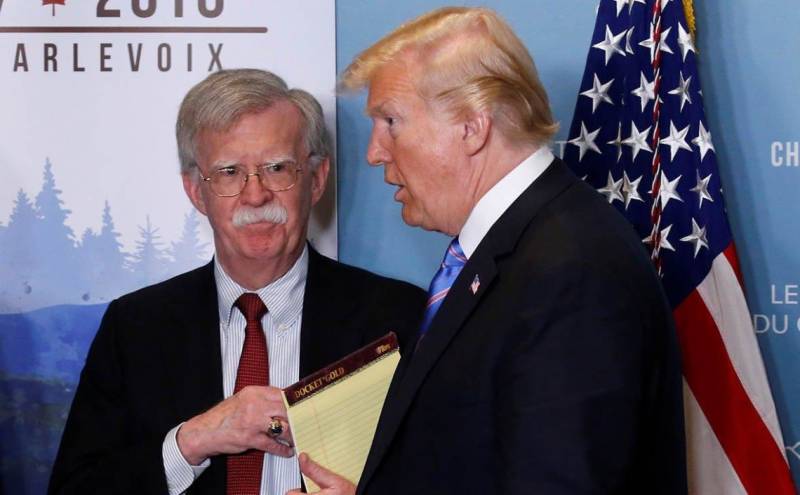 “Services are no longer needed”

It is with these words that Trump, in his words, met John Bolton, who had come to the White House to the president.

I informed John Bolton last night that his services at the White House were no longer needed. I strongly disagree with many of his proposals, like other employees of my administration,
- then emphasized Donald Trump.

Thus, the American president also voiced the main reason for the dismissal of his ally - they did not agree. Although at one time it was Trump who brought Bolton to the White House, hoping that he would fully support the head of state. It didn’t work out. John Bolton turned out to be an overly independent person with his own views on the world political situation and on the role of the United States of America in it.

In the end, Donald Trump, who is also known for ambitiousness, was tired of enduring in his circle an assistant who constantly disagreed with the position of the president, but put forward his own proposals as the most correct.

However, John Bolton himself in his “Twitter” claims that he resigned at his own request, and just Trump suggested a little wait until the next day. However, now this does not matter anymore - Trump's adviser has resigned.

The White House has left one of its most prominent representatives in recent years. John Bolton has served as National Security Advisor since April 2018. The term is not so long - one and a half years. But over the past year and a half, Bolton has become literally world famous, turning out to be a much brighter figure than previous advisers to the American president in this area - Herbert McMaster and Michael Flynn. 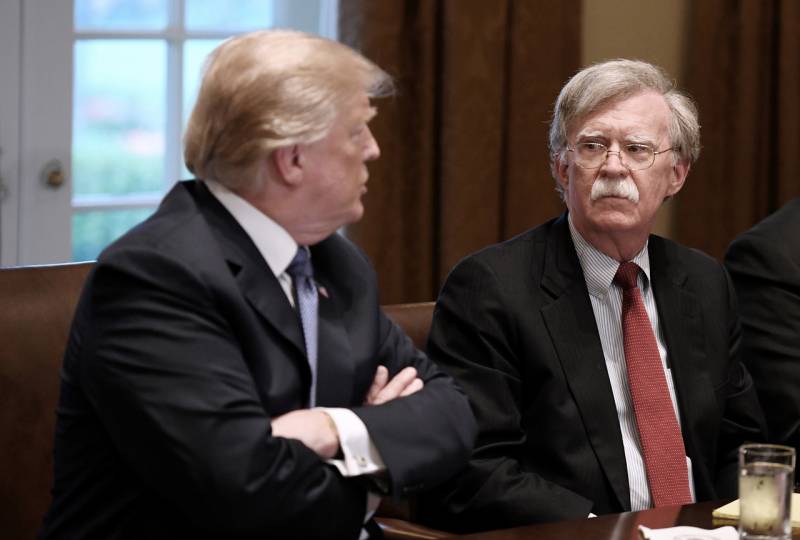 Donald Trump brought John Bolton to his team, hoping that a politician who has a well-deserved reputation as a hawk will mercilessly attack everyone whom the American president points to.

As a result, in 2006, Bolton left the UN and began working as a research fellow at the American Enterprise Institute. He also engaged in socio-political activities, founded the organization "Israel Friends Initiative".

Bolton always showed genuine interest in the Middle East, being a staunch opponent of Iran and Syria and advocating the most stringent measures on the part of the United States in relation to these states. It is clear that in the conflict between Israel and the Palestinian movement and with Iran, Bolton, as a co-founder of the "Friends of Israel Initiative", also took a purely pro-Israeli position.

Naturally, John Bolton was very negative about other countries that did not fit into the format of American foreign policy. While still under secretary of state for arms control, John Bolton accused Cuba of selling biological production technologies. weapons rogue countries.

He also took a sharp stance against North Korea, was a staunch supporter of tougher anti-Russian sanctions, and resisted Donald Trump's attempts to establish dialogue with representatives of the Afghan radical Taliban movement. At some point, Bolton’s position on a number of key issues ceased to correspond with the views of Donald Trump himself.

Advisor to the President

Donald Trump is now not interested in exacerbating conflicts with rogue nations. He adheres to the position of pursuing purely American interests, believes that it is necessary first of all to solve the problems of the United States, and not to get into world politics. Bolton’s position is completely different, and practically on all foreign policy issues that are significant for Washington. Even Donald Trump himself spoke about his ex-adviser that if John Bolton was given free rein, he would fight with all the countries of the world. And that seems to be true.

As soon as there was a conflict with tankers in the Persian Gulf, Bolton called for a strike against Iran. And the adviser to the president did not support the decision of Donald trump to postpone the strike on Iran. Even when the Iranians shot down an American drone, Donald Trump hastened to “oust” Tehran, saying that they shot it down unintentionally, by accident. Bolton, in turn, demanded the most prompt and harsh reaction to the actions of the Iranian side.

On the Iranian issue, Bolton acts as the brightest representative of the "party of war", believing that Tehran needs to be neutralized with the help of military force and do it as soon as possible. At the same time, Bolton does not think about the consequences that the Middle East, the United States and the world as a result of a powerful blow to Iranian territory can expect. 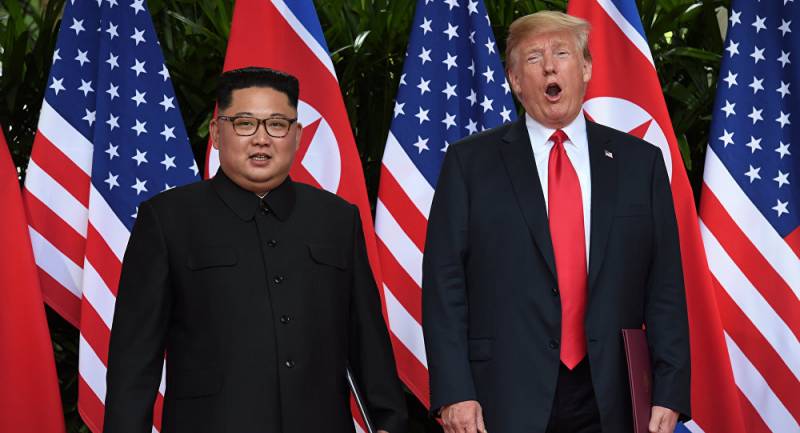 The views of Trump and Bolton on the issue of North Korea diverged. Trump wanted to radically change the relationship between the United States and the DPRK by entering history as a person who solved the "North Korean problem" peacefully. He made several meetings with Kim Jong-un, and he repeatedly emphasized in an interview that Kim arouses great sympathy for him. Bolton, unlike Trump, always reacted to the DPRK sharply negatively and believed that no negotiations should be conducted with the North Korean authorities, and that Pyongyang should be spoken to with the usual US position of strength.

The third point of discrepancy is the Afghan question. Donald Trump has repeatedly stated his desire to withdraw American troops from Afghanistan, but the risk of a resumption of the active phase of the civil war stops him from this decision. But Trump does not mind organizing negotiations with the Afghan Taliban. Bolton, who hates fundamentalists, naturally opposes any consultations with the Taliban and believes that the United States should not change its position in Afghanistan either. As a result of Bolton’s position, the planned meeting with the leaders of the Afghan Taliban had to be postponed. 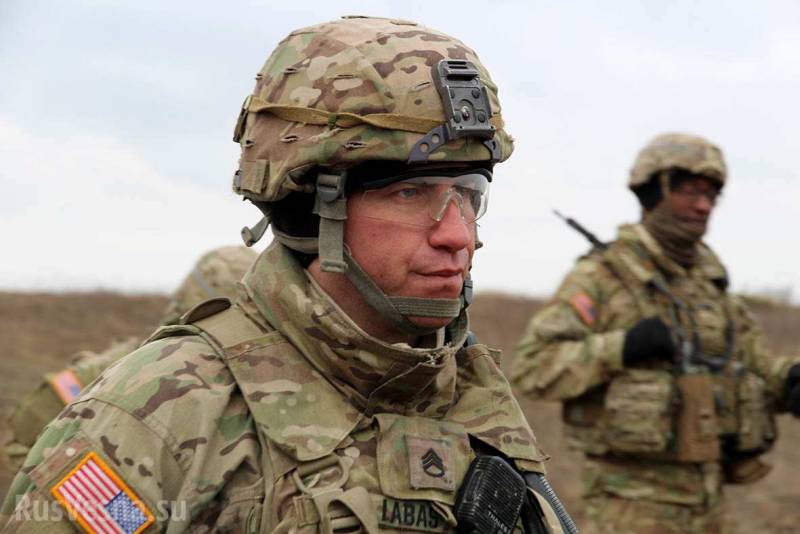 The fourth discrepancy is the war in Syria. To Donald Trump, American troops engage in Syrian civil war across the throat. He really wants to remove the American army from Syria in order to save the American budget from additional costs. Bolton is categorically against the position of the American president on this issue, believing that participation in the Syrian armed conflict is necessary for the United States. In this regard, John Bolton is lobbying for the interests of military-industrial groups and the leadership of the US Department of Defense, which are interested in receiving significant financial resources for conducting military operations in Syria.

Finally, John Bolton has always been known for his extremely harsh stance on Russia. Trump himself refers to Russia with a certain degree of sympathy, if of course you can even talk about the sympathy of American politicians for our country. But Trump has repeatedly praised Russian President Vladimir Putin and his foreign policy.

Not so long ago, Trump proposed returning Russia to the G8 in order to continue a full discussion of world problems with the participation of Moscow. John Bolton was one of the initiators of the destruction of the Treaty on the Elimination of Intermediate-Range and Shorter-Range Missiles; he repeatedly emphasized the need for tough sanctions on the Ukrainian issue. For Trump, such an ally became especially uncomfortable at the moment when the owner of the White House was trying to establish relations with other states - from Russia to North Korea.

Believing in his own significance and indispensability, John Bolton took the manner of arguing with the US president. Donald Trump, who came to power from business, always listens to other people's opinions, but also has his own, which is very non-trivial and sometimes contrary to the position expected from the American president.

Therefore, it is likely that in the end, the national security adviser somewhere “went too far” and the American president decided to get rid of him forever. They say that even John Bolton's mustache has recently become irritating to the owner of the White House.

What will happen to US foreign policy after Bolton

US Secretary of State Mike Pompeo has already warned the world community that the departure of John Bolton from the post of adviser on national security will not affect American foreign policy. Not expecting dramatic changes in relations between Russia and the United States and the Ministry of Foreign Affairs of the Russian Federation.

But, of course, the resignation of such a significant figure will inevitably entail some adjustments in American foreign policy. It is clear that the United States will not turn into the best friend of Iran or North Korea, will not lift anti-Russian sanctions or withdraw troops from Syria and Afghanistan after Bolton resigned. But if the “hawk” is replaced by a less rigid and more balanced politician, then the US foreign policy can become much softer.

While the duties of National Security Advisor to the President of the United States will be performed by Charles Kapperman, who has been John Bolton's Deputy since January 2019. However, it is still unknown who Donald Trump will stop his final choice on. The list of likely candidates includes US Special Representative for Iran Brian Hook, who is well treated in the presidential administration.

Perhaps candidates will be considered as US Special Representative for the DPRK Stephen Bigan, as well as Keith Kellogg, National Security Advisor to Mike Pence. Also, several more American diplomats are called as possible candidates, including the current US ambassadors to Germany and the Netherlands.

In any case, the candidate for the post of adviser to the President of the United States on national security issues should combine two very important qualities: on the one hand, he should be (or seem) a truly independent person with his own independent point of view on key foreign policy issues, and on the other parties - to be able not to exaggerate their importance in the activities of the presidential administration and to find a common language with Donald Trump - a difficult and ambitious person.