10 September 2019
125
The heavy nuclear-powered missile cruiser Admiral Nakhimov of the 1144 Orlan project, undergoing modernization at the Sevmash, is half ready and will be commissioned at the end of the 2022 year. This was announced by Deputy Minister of Defense Alexei Krivoruchko. 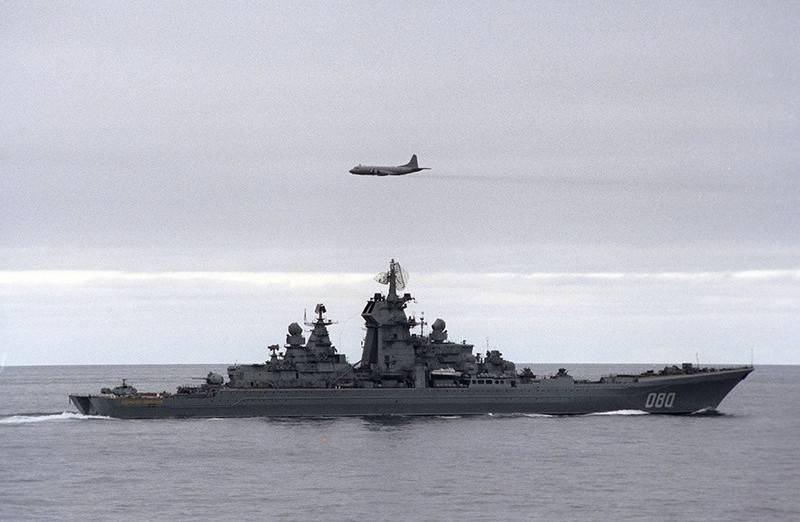 According to Krivoruchko, work on the cruiser is going according to plan, the Ministry of Defense fully provides funding for the ongoing modernization of the ship. This year, 29,5 billion rubles were allocated for the restoration of Admiral Nakhimov. According to the plans of shipbuilders, the ship will return to the Navy at the end of the 2022 year.

It will be the most powerful naval ship. fleet. We checked the progress, the ship’s readiness is now at 50%
- declared Krivoruchko.

Earlier it was reported that work on the modernization of the ship is in accordance with the approved schedule. According to the results of the work, he should receive the most modern weapons and become the most powerful ship of the Russian Navy.

In the process of modifying the weapons system, the cruiser should receive new unified launchers of UKKS 3С14. They can launch several types of missiles at once, such as various versions of the Caliber and Onyx missiles, a product of cooperation with the Indian defense and industrial complex Bramos, and, judging by the available data, the promising hypersonic Zircon missile. The exact nomenclature of the Admiral Nakhimov’s weapons is still unknown, however, it was stated that the cruiser would definitely receive the Fort-M and Pantsir-M air defense systems, as well as the anti-submarine Package-NK and Response.

It is one of four heavy nuclear-powered cruisers of the 1144 Orlan project. At the moment, only one of these ships is in a ready state - the flagship of the Northern Fleet, Peter the Great. The modernization of Peter the Great will begin immediately after the return of the Admiral Nakhimov to the Navy.