10 September 2019
172
Against the general background, one event somehow modestly took place, which could very well become a brick in the new wall of the “iron curtain” of the future. Everything goes to that, but let's take it in order.


3 September 2019 of the year at the airport in Naples, local police detained the top manager of United Engine Corporation Alexander Korshunov. 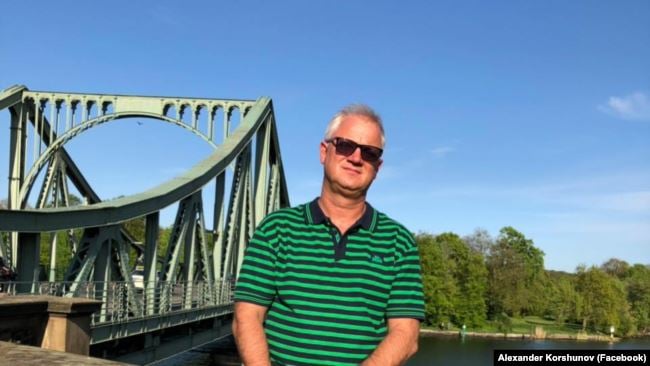 The reason for the arrest was an arrest warrant issued in the United States. It is clear that the Italians promptly carried out the “face!” Command and detained Korshunov.

In principle, he is to blame. History trite, as I do not know what.

Firstly, since February 2014, a list of various anti-Russian sanctions has been in force, which is annually updated and supplemented. Both the USA and their satellites.

Secondly, do not forget that there are still prohibitive lists against both specific people and government officials, positions and companies.

Therefore, the Italian police acted quite normally at the request of their ... let's call them "general partners." Naturally, an international arrest warrant was also valid in Italy without the slightest doubt.

And what does the USA charge with Korshunov?

Economic espionage. Across the ocean, it is believed that during the period from 2009 to 2017, Korshunov was engaged in the theft of intellectual property from General Electric. The thefts concerned information on the company's developments, which later could supposedly be used in the construction of the Russian PD-14 engine.

Yes, the very one that should bring to the world stage MS-21.

As it becomes clear, engineer Korshunov himself has absolutely nothing to do with it. And all these frauds and tricks are directed not so much against the cunning spy manager as against Rostec.

Strange, but, in general, the Americans so stubbornly puffed out their cheeks, telling how they are afraid of no one, and Rostec can be taken seriously only by elementary school students.

And suddenly such a turn ...

Apparently, according to US economic intelligence, the engine really came out successful. And MS-21 can become a real competitor in the market. This means that the competitor must be “flunked” at the taxi, not allowing takeoff.

And in such games, the fate of some kind of manager is worth very little.

When Korshunov arrives in the United States (namely, “when”, and not “if”), then, as we already know from the experience of not only our compatriot, it will smell like a solid term. But again I emphasize that this is not the saddest thing.

I think that the United States will completely begin to block both PD-14 and MS-21 on the basis of copyright infringement, unlicensed copying, theft of documents and even the hell knows what. But they will begin.

The main task will be to block the issuance of international certification of both the engine and the aircraft. So what is next? And then everything is simple. MS-21 will remain on the ground, or it will be assigned the role of a regional aircraft, unable to fly beyond Russia.

Although the Russian air transportation market is a very, very fatty piece, if properly prepared. It would be a desire. But cunning kids from Boeing and Airbus can reach here too.

But the point is not even how it is customary in the USA to deal with competitors or in what way profit is made. Everything here is not very beautiful, just fewer opportunities. Although, as you see, I doubt that in the USA they will ban plastic containers for beer in order to compensate for the financial losses to the “producer” of aluminum. They have not yet grown up to this.

Leave the economic side of what is happening and take on the human side.

In our country, such a thing as discussion of lists has been going on for a long time. No, not those who may fall under direct or indirect sanctions of the Americans and their satellites. And for those who live in Europe and the USA, children and relatives study and work.

And this list will be more than the first.

The most interesting thing is that the "patriots" do not comment on these facts, they simply accuse the opposition of excessive activity.

The pro-government media are actively discussing the topic that, they say, many returned to Russia and thereby seem to have pulled their relatives in power out of attack.

Check these statements is simply unrealistic, you understand. But here the question is a bit different.

How really “vulnerable” are these very Russian elites organizing their offspring and relatives abroad? And they themselves are quite normally acquiring real estate in other countries.

Nobody forces a government official to buy a house in Spain, right? Or an apartment in London? And put your child in it? Yes, it is unlikely that someone signs the contracts with blood and sends relatives to host Germany as hostages?

Or is this still the case?

Well, how else can it be explained that among the Orthodox and very seriously demonstrating patriotism and love for Russia, relatives quite often live in countries that introduce new and new sanctions against the beloved Russia?

Of course, it is clear that, in the opinion of such "patriots", of whom, unfortunately, the government and the State Duma are composed, the so-called normal life is possible where it is acceptable, but not in Russia. Therefore, Europe and other regions are considered by the "patriots" as a kind of sleeping area. But in Russia, you can, let's just say, just work. For the good of the family and so on.

Cosmopolitans? People of the world? Quite a yes.

And, actually, what to demand from them? Rejection of a beautiful European life? In exchange for the Russian? Well, excuse me, this mom and dad have some kind of obligations to the country as a whole or the president in particular.

And in particular, each of these ... Well, they are free people and simply exercise their right to live as they please and wherever they want. And the rest can go through the forest and field, if they do not understand the difference between Monaco and Sochi, the Cote d'Azur and the South Coast.

To each, as they say, his own. And in order to be convinced of this, it’s enough just to familiarize yourself with the blogs and all kinds of “... grams” of these representatives of the “golden youth”.

But this case with Korshunov shows quite clearly that times have changed a bit. And tomorrow they will be able to arrest not only because you supposedly got something there in favor of your country (this is at least an honorable thing), but because you just have someone sitting somewhere well. In terms of position, of course. 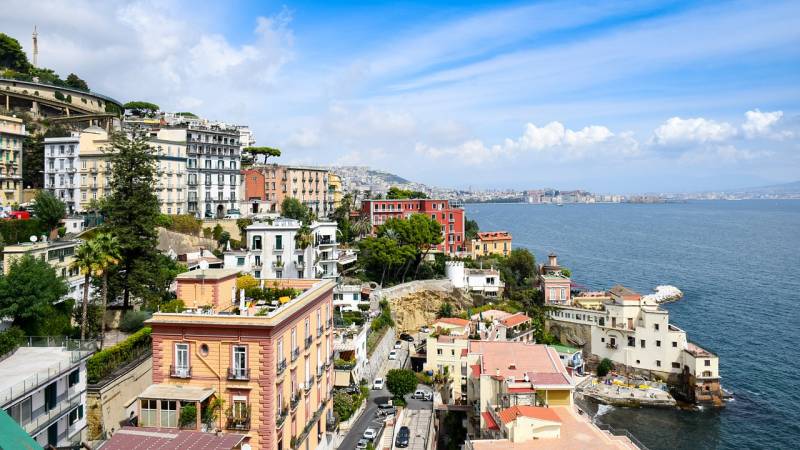 And three times it’s worth now to think so much of a civil servant loving abroad about the fact that a visit to the Cote d'Azur or there to Naples (as an example) may end in a slightly different scenario. San Quentin, Guantanamo Bay and Sing Sing are other hotels.

Especially when it comes to interstate showdowns or wars of transcontinental corporations. They generally will not look at persons and surnames.

And even stutter (although some speak in a voice and do not blush) that the "state is obliged to protect" its pseudo-citizens who have fallen into such an unpleasant situation for themselves ...

Not protect. And citizens like Korshunov, working for the good of the country, will not be protected either.

More precisely, just can not do it. Because Russia is not the United States, and the United States was far from always able to send its aircraft carriers and marines to rescue. So - they will sit. Mingazov, Booth, Yaroshenko, Kuzmin are sitting? And the rest will sit.

Just because if in the USA they said: “It is necessary!”, Then I just don’t know how to break through with a crowbar.

On the other hand, what about the “2 Iron Curtain” here?

Apparently, yes. And first of all, for those who are not on the TOM list, and who should have been grabbed and planted without fail. Bortnikov on the list, so what? It was necessary to fly to the United States on business - and flew. And no one there even meowed on the topic that he should be grabbed and knitted. Not a single kitten from the NSA, the CIA, the FBI and other abbreviations.

But who is NOT listed ... Who has the opportunity to "see the world" ... No, they say, from the windows in Guantanamo you can also see the world. Well, those who have windows.

Korshunov was taken in Naples. Buta in thailand. Kuzmina in the USA. Selezneva in the Maldives. Zdorovenina in Switzerland. Ustinova in Lithuania. Panin in the USA.

As the character of one cartoon would say, "the whole world is widely represented." Hence only one conclusion: nowhere, except for countries openly friendly to Russia, you can not be sure of their own security.

And given the no work of our embassies, the lack of aircraft carriers and other things ...

It turns out such an interesting alignment: or are you a patriot working for the good of the country, and then the resorts of the Krasnodar Territory and Crimea are all yours. Well, still Turkey, probably. If you are not a patriot ...

And in this case, you can’t be sure that they won’t grab the soft parts of the body and put them on a hard bench in the courtroom.

It is worth considering that in this form the “Iron Curtain” may become a new occasion for the love of Russia and the emergence of real patriotism.

Even to the detriment of the desires of a certain part of the population of Russia to “see the world” and “to rest humanly”.

That's for sure, Europe will help us.

Ctrl Enter
Noticed oshЫbku Highlight text and press. Ctrl + Enter
We are
Situational analysis of the death of the MH17 flight (Malaysian Boeing 777), made on the basis of engineering analysis from 15.08.2014Results of the week. “In our cooperative, the board is always agreed”
172 comments
Information
Dear reader, to leave comments on the publication, you must to register.