The first general sisters appeared in the USA

9 September 2019
54
The Pentagon recently handed over general epaulettes to another woman. An event that has already become ordinary is distinguished primarily by the fact that she has a sister - and she is also a general. 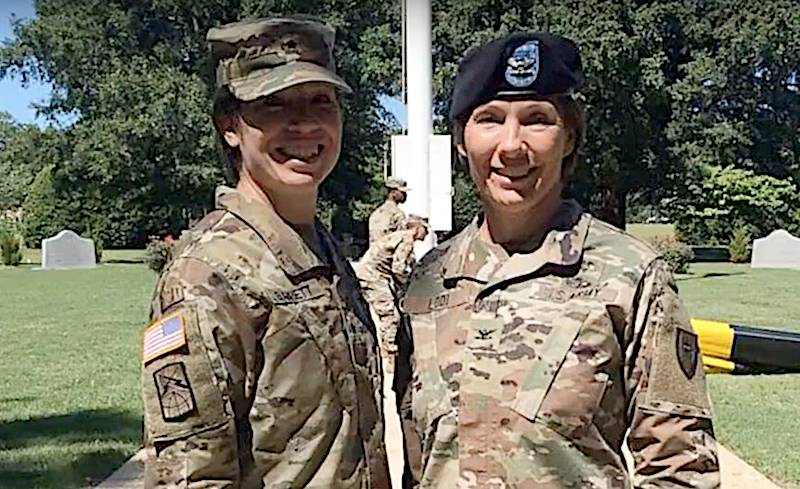 Relatives are not uncommon. It often happens that brothers, starting from the lower ranks, together attain high positions. However, in the United States, two sisters reached general positions.

Army Major General Maria Barrett and her younger sister, Brigadier General Paula Lodi, are the first sisters to achieve the rank of general, according to USA Today. Acting Secretary of the Army Ryan McCarthy said the two women are “America’s pride.”

Mary 53, her sister, Paula, 51. They grew up in a family headed by an Italian immigrant and a WWII veteran. The parents of the general sisters raised five children, and, as Barrett and Lodi admit, they always emphasized the importance of “public service” to the children. Maria notes that while her sister was more likely an athlete, she herself could most likely be attributed to the “nerds” - and their brother agrees with her. In an interview with USA Today, he emphasizes that the sisters succeeded - one in sports, the other in school - and were "a source of pride and admiration." 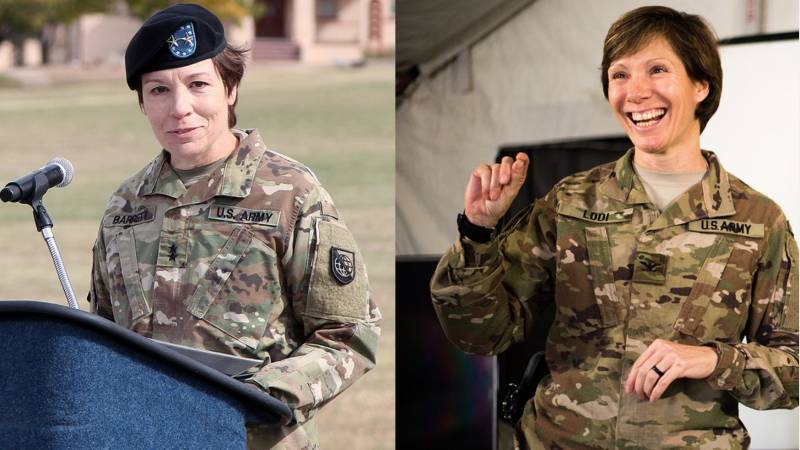 Each of the sisters chose their own army path. “Athlete”, at the age of 10, watched a documentary about the first women at West Point, and decided to follow in their footsteps, having received the approval of her father. However, she did not get into the desired educational institution, and as a result she completed courses of reserve officers at the G. Rutgers University.

For her older sister, in turn, it all came down to the issue of financing education. And if initially she was going to make a career in the State Department, then subsequently priority was given to the army. At the same time, she emphasizes that in conversations with young soldiers, she often explains that the reason she joined the army is not the reason she stayed.

Now Lodi is the deputy headquarters in the office of the Chief Army Surgeon. Her sister leads the US Army Network Technology Command Unit (NETCOM).

Women in the US Armed Forces

Women make up approximately 14 percent of the US army, 23 percent of the army reserve and 16 percent of the national guard. Since 1948, America has been enacted in America to regulate the integration of women into the United States regular and reserve forces. In the 1967 year, during the Vietnam War, restrictions on promotion in military service were officially lifted from women, including the abolition of the existing 2% barrier in the officer corps.

In the 1976 year, West Point received its first women cadets in the number of 119 people, 62 of them completed their studies. In 2008, Anne Dunwoody became the first female four-star general. At the same time, at first it was indirect, but from the 1994 of the year - and direct - a ban on the participation of women in hostilities. However, it was rarely respected, and since 2013, Minister of Defense Leon Panetta has canceled it.

In August 2015, Kristen Marie Griest and Shay Lynn Haver were the first women to graduate from the U.S. Army ranger school. Since September of the same year, this educational institution has been open for them on an ongoing basis.