They are shy about their party. Death of "United Russia"

9 September 2019
445
Project "ZZ". The Russian elections held on 8 of September excited the world press. And some experts even expressed the opinion about the death of the party in power in Russia, because its candidates were "conspiratorial" and went to the polls under other signs or as "independent". All this independence, of course, is sewn with white thread: the network is full of revelations. 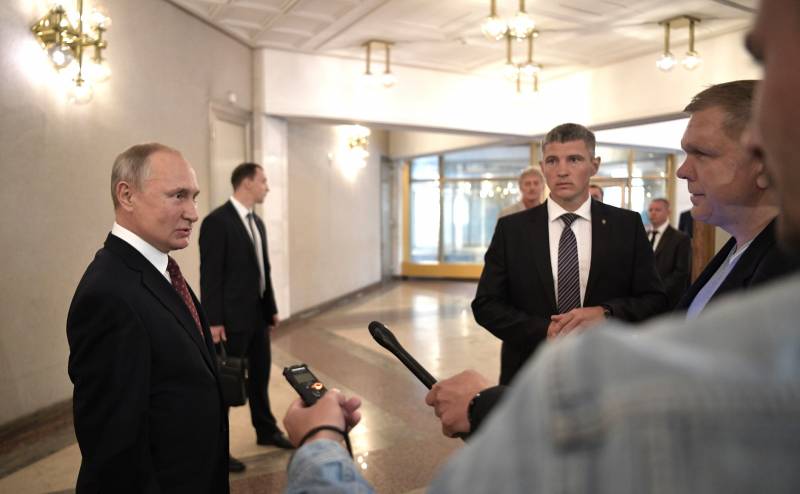 The Russians visited 8 September at polling stations - voted in local elections. These same elections previously caused "almost the largest suppression of dissent by the police in the current decade." Opposition protests took place in Russia for several weeks, recalls Maria Georgieva in Moscow and agencies in a British newspaper «The Guardian».

Municipal and regional elections were held throughout the country, but the focus was on voting in Moscow: it was in the capital that potential independent candidates and their supporters were arrested and sent to prisons.

About 7,2 million people had the right to elect 45 legislators to the Moscow parliament, where the ruling United Russia party dominates today, the author writes further. At the same time, its candidates shy away from mentioning “United Russia”, since “the popularity of the party has reached the bottom”.

Aleksey Navalny, a journalist, “the most prominent of the opposition leaders in Russia,” notes, hoped to take advantage of popular discontent and called on his supporters to support his “smart vote” strategy. This means that it was necessary to mark in the ballots the candidate who would most likely defeat the pro-Kremlin nominee. “Today we are fighting to destroy the monopoly of United Russia,” Mr. Navalny explained his position. 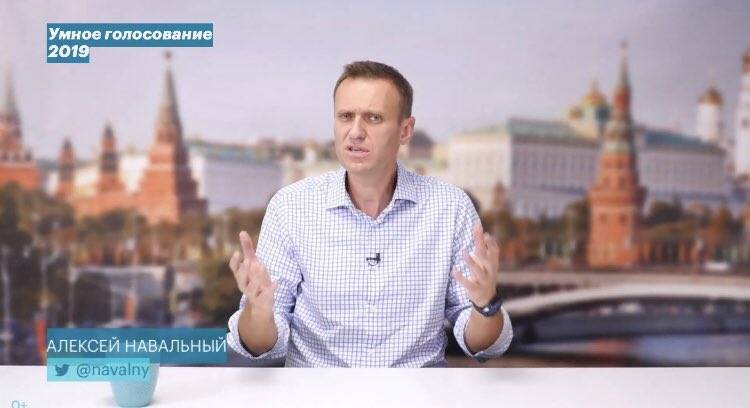 According to analysts, the current vote is a test before the parliamentary elections to be held in 2021. A check will show whether the opposition is able to mobilize supporters. Also, the test will clarify "the willingness of the authorities to tolerate dissent."

Further, the publication cites the opinions of some Russians about the elections.

“Russia is not developing, we are trapped in corruption,” says 32-year-old Julia, who did not want to give her name. “I came here today to change that.” I voted for the communist to take away the voice from United Russia.

But 42-year-old Vadim Turinov, an IT consultant, abandoned Navalnov’s “smart vote” plan. “Why vote at all? These local elections have no meaning, ”he says.

31-year-old Lyubov Sobol, an investigative lawyer at the Navalny’s anti-corruption foundation, said Sunday’s vote showed that authorities stopped pretending to portray elections in Russia as democratic. Sobol considers such elections “even a semblance of democratic elections”.

In the publication L. Sobol is called the “key leader of the protest."

As the author of the article concludes, the United Russia party, created in 2001 “for the sake of supporting Putin,” has “lost its popularity” in recent years. One of the reasons for the loss of popularity is called the sanctions of the West.

Konstantin Haase, a political scientist at the Carnegie Moscow Center, in his opinion rests precisely on the economy. According to him, ultimately, the economy will decide the fate of Putin. “His approval rating drops when the economy is bad,” Haase told a reporter. “Putin’s biggest problem is that he could not defeat poverty.” 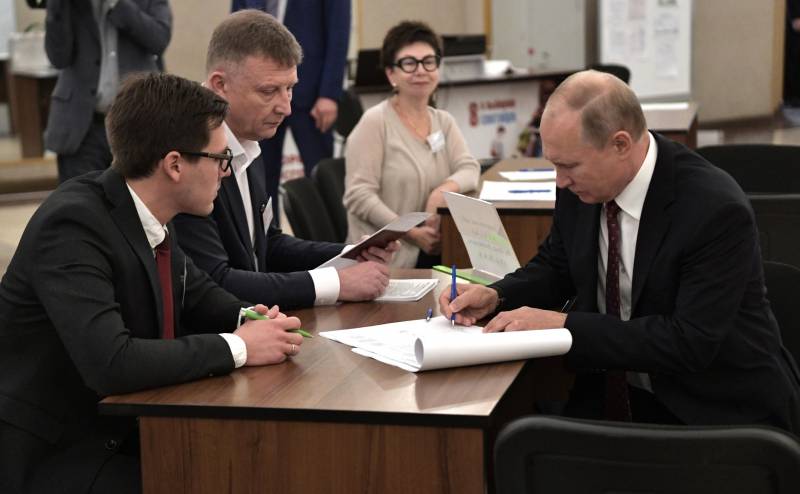 Will england reminding readers Washington Postthat the party "United Russia" officially "did not nominate a single candidate", also relies on the opinion of Mr. Haase.

The absence of the ruling party, says Konstantin Haase, "is a strong signal from the Kremlin that United Russia is actually dead." The political scientist remarked: "All her candidates are conspiratorial." True, anyone can go online and find out the truth: opposition sites expose these conspiracy figures as members of the "political apparatus of Putin."

In Moscow, according to Haase, the street protests themselves are a kind of moral victory. After the brutal suppression of the 27 protests in July, the Kremlin clearly retreated: after all, people "in the rest of the country" looked with hostility at the troops of the Ministry of the Interior and a new force in the form called "Rosguard". “This is a huge victory,” the political scientist said, because “neither the Kremlin nor the opposition itself” expected such a public reaction. In addition, all this seriously undermines the chances of Mayor Sergei Sobyanin, who approved the repression, to become Putin's successor, the scientist draws the following conclusion.

In all but one of the regions, the article notes, members of United Russia worked as "independent": their party brand became extremely unpopular in the country. But party support weakened faster than Putin’s support. However, his support among the people also decreased. Analysts believe that the latter is connected with the worsening situation in the economy, citizens' fatigue from corruption and in general the fact that many Russians think it is “political stagnation”. As for the "patriotic moods" that emerged after Crimea (2014), they too began to decline. 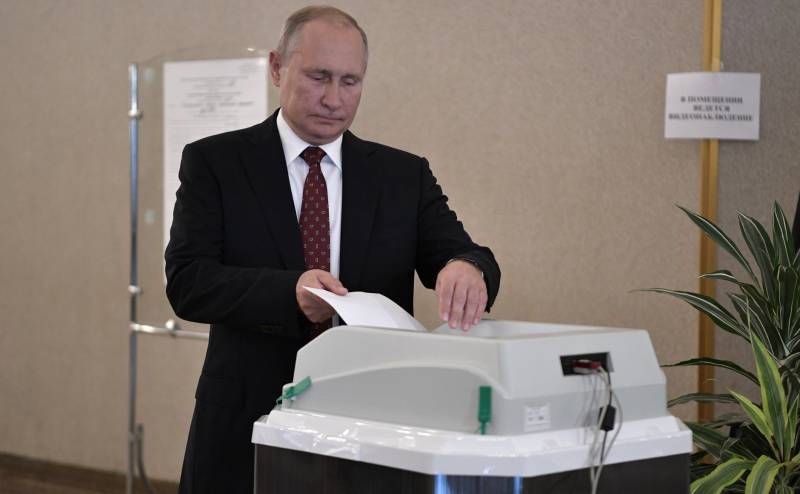 Return of the Living Dead

The same England in the same Washington Post in a report from Moscow, notes that candidates loyal to the Kremlin "have won for the most part." They won because in the elections "they practically did not encounter real opposition."

In Moscow, where weekly demonstrations took place in the summer, and the police carried out “brutal repressions,” if any violations were detected, it is likely “continued protests, as happened after the parliamentary elections in 2011, which were widely ridiculed as falsified,” the journalist writes further.

Roskomnadzor announced on Sunday that it had discovered political advertisements on Facebook, YouTube and Google; such election day advertising is illegal. The agency said that this was not the first time that it found such announcements, and suggested, the author writes, that he would consider them as interference by "foreign companies" in the sovereign affairs of Russia and as "obstruction of democratic elections." (Such a statement, we note in brackets, really took place. "These actions can be considered as interference in the sovereign affairs of Russia and obstructing the holding of democratic elections in the Russian Federation. Such actions by foreign companies are unacceptable," the Roskomnadzor told the journalist RBC.)

This day, Ingland notes in the Washington Post, brought “many reports of election fraud, most of which are not verifiable” (right up to the vote on “dead souls”).

Igor Borisov, a member of the Presidential Council for the Development of Civil Society and Human Rights, told Interfax that “there are no gross violations or infringements on voting rights,” the correspondent further points out. The head of the Central Election Commission Ella Pamfilova also speaks about the same. After the polls closed on Sunday evening, she told reporters: “We have not recorded serious violations that would cast doubt on the will of voters. At least we don’t know anything about such cases. ”

The election, the author recalls, was held in several dozen cities and regions of Russia. Acting governors who were appointed last year by Putin ran in some regions, and the results tend to show that these people get the vast majority.

Recall the turnout at the Moscow City Duma elections, which for obvious reasons attracted special attention of the opposition and caused summer protests, made less than twenty-two percent, and Aleksey Venediktov, head of the Public Headquarters for Control and Monitoring of Elections, who is also deputy chairman of the Public Chamber of Moscow, said that there were no serious violations during the election.

A curious explanation for such a low turnout was given by the head of the Moscow City Commission Valentin Gorbunov. By his words, "Regions where something is very bad take a more active part in the vote."

So, we add, in Moscow everything is fine. So why Moscow opposition?

As for United Russia, it did not die, but won. At least Secretary General of the EP, Andrei Turchak сообщилthat in eleven of the twelve legislative assemblies of federal entities, "United Russia" receives the majority according to the election results. “Naturally, we are satisfied with the result, we get the majority everywhere,” he reported.

Ctrl Enter
Noticed oshЫbku Highlight text and press. Ctrl + Enter
We are
United Europe is preparing another trip to the eastStrangulation: the context, conduct and consequences of the American naval blockade of China
445 comments
Information
Dear reader, to leave comments on the publication, you must to register.