9 September 2019
67
So, in the first article we tried to find in the “green energy” those advantages for which it is so zealously developed throughout the world, and, as follows from the discussion of the article, we didn’t really find it. But if the stars are lit, then does anyone need this? Based on this, we take a closer look ... 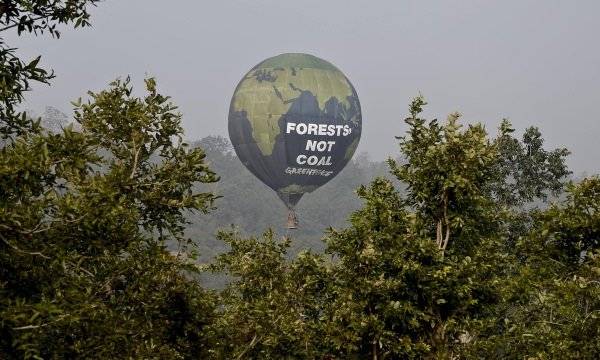 One of Greenpeace shares in India. The consequences are at the end of the article. Source: russianpulse.ru

Initially, alternative energy came into circulation only because of energy hunger in certain areas. Well, no oil and gas - lie down and die? Again, one must understand that the fossil sources are finite, and finite in the foreseeable future. So far, everything is logical - we need to look for new sources. Those who do not have traditional ones. Use the resources that are available. I especially ask you to pay attention that for the construction of absolutely any electric power station an energy resource is needed. If you have a coast, then you have nothing to worry about: 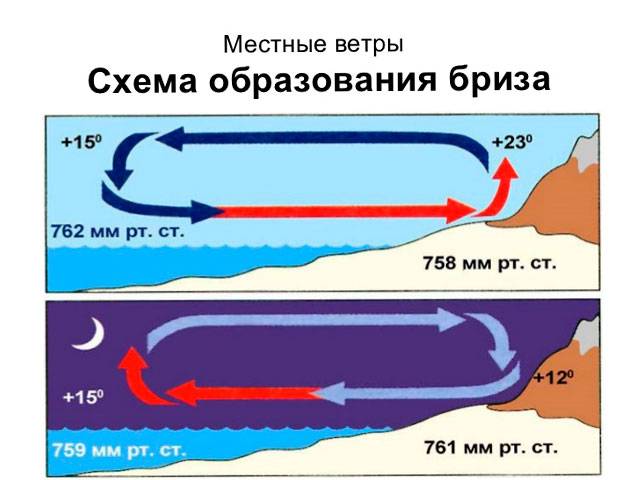 If you have the desert of North Africa or California outside your window, God himself ordered that the sun be used, because nothing grows there anyway ... Almost. And if we are talking about the European part of Russia or about Germany?

And here we get to the most interesting - such an argument as “environmental friendliness” is used. Here we are now thoughtfully and understand.

This, oddly enough, is science. She studies any systems that have any boundaries and there is something living inside them. The submarine on combat duty is a typical example of an isolated ecosystem, everything is done so that inside there are completely different conditions than overboard. A house with walls and a roof - made in order to create an ecosystem, to provide conditions not like on the street. City. The country unites according to some principles, has borders and within them has its own laws and traditions, often directly tied to the ecology of the region. A typical example is sinks with a plug in Britain (well, historically there is little water) and the love of Russians for flowing water, the first thing is changing the faucets in England.

The main message is that ecology concerns everyone. And there is not a single person whom she does not touch. This is the science of everything. And precisely because it climbs into all spheres of human activity, it is very convenient for her to manipulate. In the simplest way - “I'm talking about your particular concern!” And then - pull out one fact and leave the others.

An example offhand are migrants. We take a supporter of the creation of a mono-ethnic state, a stubbornly radical one, they say, no “big hopes,” in Belovodye there should be only Belovodsky! Conditional name. Slap him a picture: 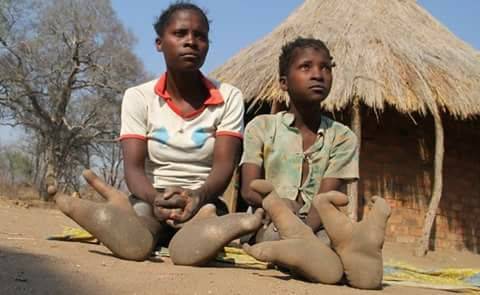 And then you say that this is not a consequence of nuclear bombing, but the result of voluntary self-isolation of the tribe from its neighbors for several centuries. Without "poneehalov". Do you want this in your Belovodye? And I didn’t lie at all, and this is quite possible. I just didn’t say anything, but it really can be quite. A little nibble of your brains - and your radical tomorrow will be “universal”, and moreover convinced. He saves himself and his country from genetic abnormalities.

And now about the basic principle of ecology. This is a concept of sustainable development. Those. take from the environment approximately as much as return to it. There are only two ways for the development of mankind - “back into the caves”, a person integrates into the ecosystem of the planet on the basis of the usual biological species (maybe even the millionth population on the planet will survive) without changing nature, and the second way is to create a technosphere, roughly, sort of The ISS is the size of a planet (it is easy to understand that all the same, the supply of raw materials is needed there). There are no more options, any development goes either one way or the other.

This principle applies to specific objects, but what a horror, nothing to do with environmental protection. has. The task is to preserve the ecosystem, and not the individual organisms in it.

Again, the city of Norilsk. The city-forming enterprise - Nornikel, that it is "dirty", everyone has already heard. Conclusions of pseudo-ecologists - close! And the funny thing is that it’s not ecological. The ecosystem of the city of Norilsk is being destroyed, there is no work - the city will die out, and with it everything that warmed up within the city will die out, not only people live in cities. On a global scale, the absence of nickel destabilizes the technosphere of the Earth (and with it the entire ecosystem of the Earth, the technosphere is part of it). Again, not environmentally friendly.

Again, an example is the construction of an industrial-scale SES. We take a huge area and completely remove it from the biosphere. Lifeless territories. It’s environmentally friendly, but not in the sense that they say green. This allows the ecosystem of a city to exist (being a part of it, by the way, is a way of creating the technosphere). However, there is a direct conflict with environmental activities, which the “green” call ecology. I recommend green spaces to search here: 10 largest solar power plants in the world.

... and its practical application

There is a science. Engaged in extremely serious things. Ecological expertise in the construction of large facilities is needed not in order to understand what fines to take, but in order to understand how much the facility can work and whether there will be more benefit than harm. The economy considers the profitability from the project to the closure of the enterprise, the environment - the profitability of possible options for using the same resource for all time. This is not a wave of the flag with the words "save the whales", the main methodology in ecology is mathematical modeling, higher mathematics is a major subject. That is, this science has a basis and justification of the laws of this ecology itself. And these laws did not arise yesterday, the “Liebig barrel”, for example, is the middle of the 19 century, the doctrine of the noosphere is the beginning of the past ... There is something to say and justify.

Grateful audience. It directly affects everyone!

We add the first with the second and we get a funny picture that these are all environmental (supposedly) organizations and their protests ... This is that same soft power, and there is nothing for the state to oppose it. Counter-propaganda is ineffective - see the example of a two-toed native. One can object to this - with a certain number of people, the population goes into genetic diversity within itself, and closely related crosses that lead to such a thing are no longer threatened. But “these are just words, where is the evidence ?!” There he showed us even a picture, it really is, and in that Zimbabwe! Or would you say that in isolated Belovodye this can never happen ?! ”And the state is obliged to answer that it is scanty, but there is still a chance ...

The main problem of green energy

Now back to energy. We stopped on the fact that of the advantages for countries that have traditional energy and do not have a special sun with winds, we only have the manipulation of the word "environmentally friendly". And this, as we see, is strongly given away by political technologies. But the stars are lighting, and someone still needs it.

In fact, everything lies on the surface - there is an ownerless tool for manipulating opinion, which is significant due to the fact that it concerns absolutely everyone, that is, the mobresource of this force is equal to the world's population. And this force can be turned in any direction. And this tool is used in full force, and few people realize this, and they cannot counteract this.

Energy-deficient Germany, industrial, in need of a stable energy supply, is killing its own nuclear energy due to environmentalists and, with increasing energy consumption, is developing green. Just imagine, you have an industry. Which constantly needs a certain number of kilowatt hours. 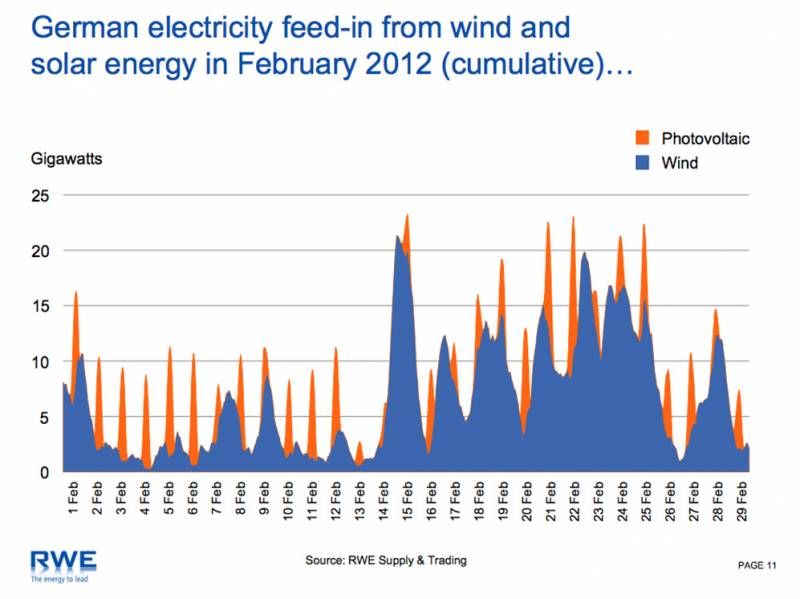 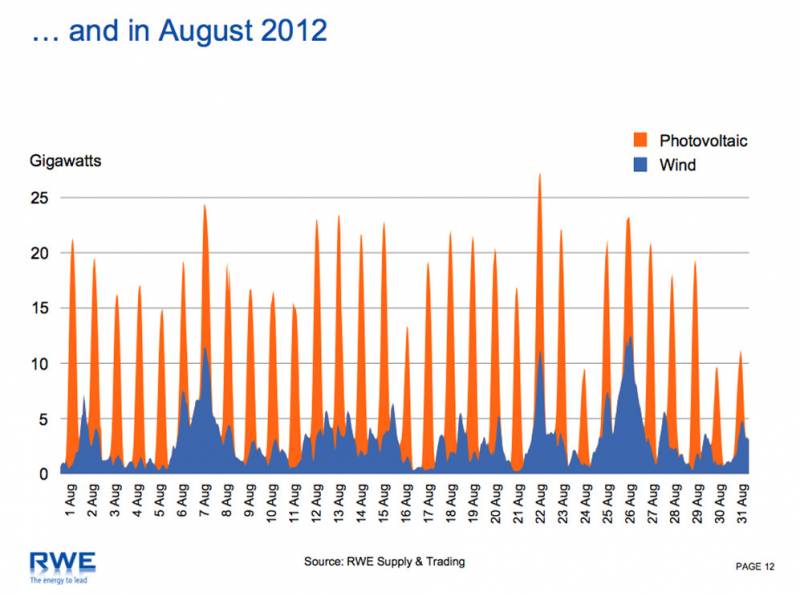 The total generation of SES (orange) and WES (blue) in Germany for February and August 2012 years. The official presentation of the German energy company RWE. Source: geoenergetics.ru

If your generation jumps from 3 to 40 gigawatts per day - you have an eternal accident throughout the country. Remember, recently the 2 unit of one nuclear power plant stopped due to an accident at the 3 substation of the gigawatt unit? Now imagine that you regularly have 20-30 of such blocks turned off suddenly and regularly! But those who did this — the Green Party — did not even lose their place in the Bundestag.

Capture platform Prirazlomnaya. Penetration of private property, a large industrial facility, the main goal is to stop the activity of this platform. If the management of a working complex structure is intercepted by people who do not know how to manage this construct, what will happen? 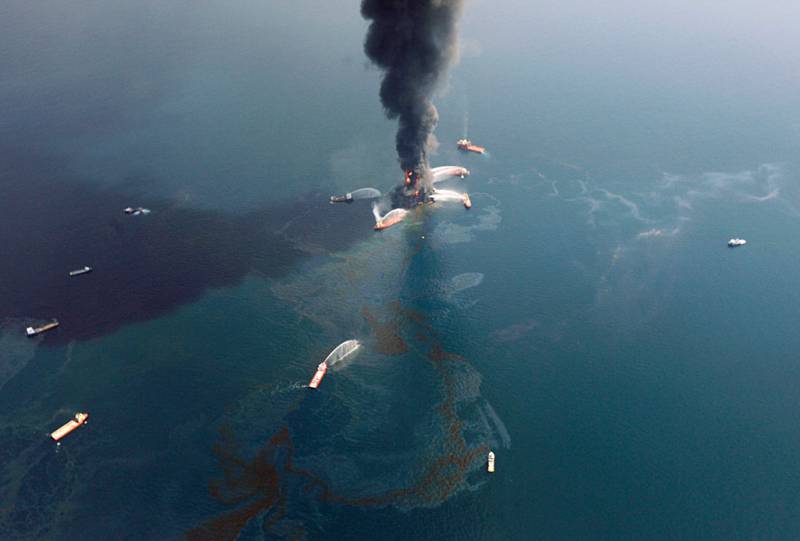 But the state is not able to answer. An attack on an industrial facility fraught with a man-made disaster is a terrorist attack. But the state has nothing to oppose them. They will not even be understood within the state - like not bearded shahids with machine guns, “we will save the whales”, hippies are harmless, it seems? And they are not fighting against someone, but want to make the planet cleaner! Yeah, there is only one oil producing platform in the world, in the USA there are none, you have to swim through half the world. And Russia is letting go of those who have been convicted of piracy under international treaties, the Hague Arbitration Court finds guards guilty of violating maritime law, Russia will pay. And it will pay again, if that is - no countermeasures have been worked out. Traditional laws and international treaties do not work on them.

This is the main problem of green energy. A cure for poison differs only in dose, but with skillful manipulation - by showing that green energy can be a cure ... For example, for coastal Crimea and desert California ... It brings down the energy security of countries such as Germany and, in the future, Russia. And it will be stronger tank attacks - so that the enemy cuts his throat with his own hands.

Oh yes ... About the consequences of Greenpeace shares: Indian authorities deprived Greenpeace of a license to work in the country. Indian authorities accuse the organization of financial fraud and data falsification. In addition, the lobby group is blamed for neglecting Indian tax laws and in pushing ideas hindering economic growth.

Ctrl Enter
Noticed oshЫbku Highlight text and press. Ctrl + Enter
We are
A great interview with Sergey Lavrov: about Ukraine, Obama and IranWhat you didn't want to know about England
67 comments
Information
Dear reader, to leave comments on the publication, you must to register.