Product face. Who will buy the fifth generation Russian fighter?

They tried to make MAX-2019 as spectacular as possible: as much as possible in conditions of actual isolation, when you should not wait for crowds of foreign guests and overseas exhibits. Viewers, for example, were first shown experimental C-37 on a static site. The once-promising “deck”, existing in one flight instance and useful for testing the technology of the Su-57 fighter. 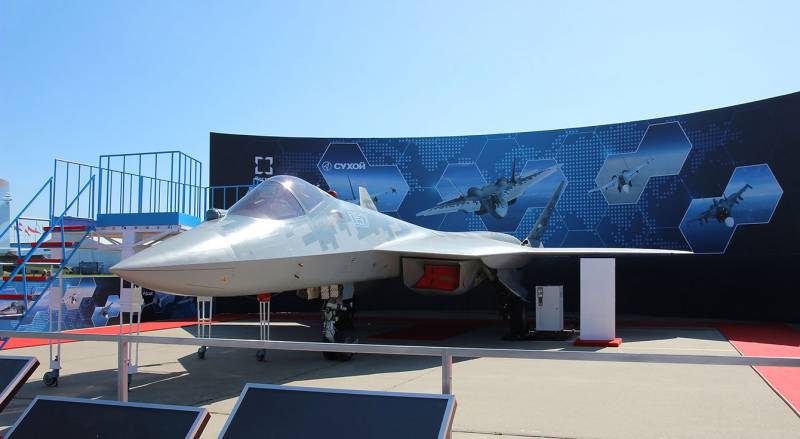 It was the latter that became the main hit of the air show: few could imagine that Russia would decide to show a fifth generation fighter to a wide circle of people on a static platform. On the plate proudly flaunted “Su-57е”, where the letter “e” denotes the export orientation of the machine. This, of course, is just a publicity stunt. De facto, they showed us not a new version of the aircraft, not a pre-production model, and not even one of the flying prototypes. “Su-57e” is nothing more than an integrated full-scale stand (KNS) for ground tests, which has existed for quite some time.

It is unreasonable to blame the organizers of the cabin: no country in the world will most likely put on display the latest inconspicuous fifth-generation fighter for everyone to see: if you want to see the F-35, Su-57 or J-20 - watch flight performances. The logic is simple. The real possibilities of a real export Su-57 will largely depend on the customer’s desire. It’s hard to say what exactly he wants.

In fairness, we note: now there are pretty high-quality photos of the latest flight prototypes of the Su-57 - T-50-10 aircraft (tail number 510) and T-50-11 (tail number 511). They give a good idea of ​​what will be a production aircraft, which, as we are promised, will be ready this year. Of course, with the so-called engine of the first stage, that is, AL-41F1. Which is nothing but a profound modernization of the Soviet AL-31F engine mounted on a Su-27 fighter.

The above facts are especially important when you consider that foreign customers will also receive just such a complete set: the new engine, the “Type 30”, will be ready in the second half of the 2020's. And maybe at the end of the next decade.

With current engines, the platform’s potential is not fully disclosed, but here one more important point needs to be taken into account: engines are certainly important, but stealth is much more important for a fifth-generation fighter. It is her experts who consider one of the main reasons for India’s refusal to participate in the project to create an export version of Su-57, formerly known as FGFA. Allegedly, the plane does not comply with stealth standards in the form in which it takes place on overseas vehicles. Judging by the photo, where the prototype of the engine compressor blades were clearly visible, this is most likely true. But you need to wait for the serial version of the machine, while it is too early to draw conclusions. 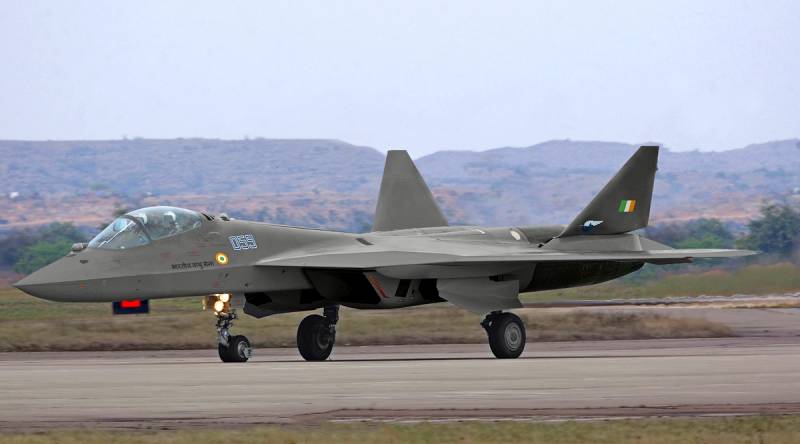 Now the main candidate for the purchase of Su-57 is Turkey, paradoxically as it sounds in connection with history with a downed Su-24 bomber. Turkish President Recep Tayyip Erdogan was able to consider a new aircraft during the Moscow air show.

“Is it Su-57? .. And is it already flying?” - Erdogan asked Vladimir Putin during the inspection of the exposition of the air show.

“Can you buy it?” Asked Erdogan.

“You can buy,” Putin answered with a smile.

"Why not? We haven’t come in vain. After we find out the final decision of the USA (according to F-35. - Approx. Aut.), We will take our own steps. The market where we can provide ourselves with what we need is large, ”the Turkish leader told reporters.

All this very eloquently shows the seriousness of intentions. However, one more thing can be understood from Erdogan’s answer: even after the Americans gave Turkey a turn from the goal regarding the purchase of the F-35, the Turks still do not want to abandon the project. So the fate of the Turkish Su-57 directly depends on the decisiveness of Uncle Sam, which is still unshakable. 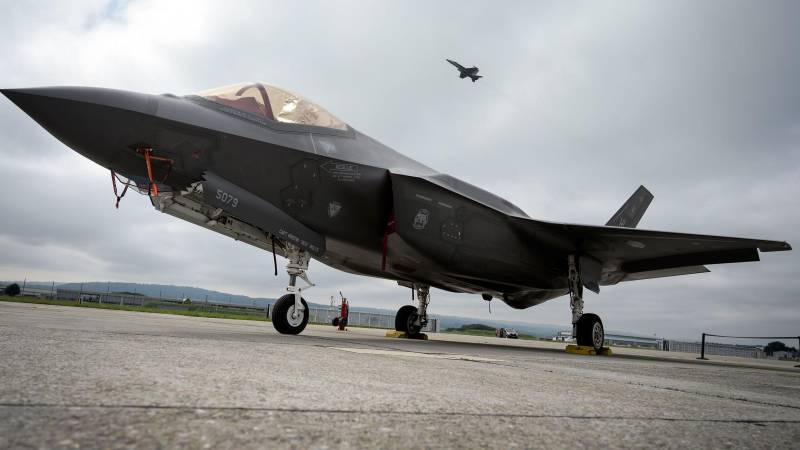 Recall, back in 2018, the US Congress officially banned the supply of F-35 fighters to Turkey due to Ankara's purchase of Russian C-400 anti-aircraft missile systems. The latter are increasingly viewed as a formality, since so many political contradictions between the West and Turkey have accumulated over recent years that the problem of buying a C-400 simply fades against this background. Anti-aircraft missile systems - just an excuse to cool the ardor of Erdogan. In turn, the warming of relations between Turkey and the Russian Federation, as well as the need for Turkey to rearm its army, makes Erdogan the main potential buyer of the Su-57.

Against the backdrop of the Russian-Turkish talks on the Su-57, other interesting information appeared. The Chinese state-owned publication Huanqiu Shibao recently wrote about the possibility of acquiring the Celestial Empire of Russian fighters, but only after a detailed comparison with the Chinese J-20. Experts from China noted that the Su-57 probably has superior thrust and maneuverability. “One video of a demonstration flight to any specialist in aviation it’s already clear that the Su-57 engines are superior in quality to the engines of our J-20 fighters. At the same time, the Russians say that these are also engines of the first stage (first stage. - Approx. Auth.). And there they are also preparing the second stage, ”the Chinese experts noted in the discussion of the demonstration performances of the Su-57 at MAKS-2019.

However, the thesis of a possible purchase by China of Su-57 seems far-fetched. The Chinese have already received the technology of new Russian engines in the face of AL-41F1C: together with a batch of 24 Su-35C fighters. AL-41F1C engines and AL-57F41 installed on the Su-1 are different products. However, neither one nor the other meets the requirements of the fifth generation, which means that China is hardly interested.

From the point of view of increasing the combat effectiveness of the Chinese Air Force, the issue is considered incorrect in principle. China is already mass-producing fifth-generation fighter J-20, and on the approach J-31, which experts consider the deck “invisibility” for promising Chinese aircraft carriers. China may be interested in issues related to stealth. However, it seems that the PRC itself does not doubt the superiority of the J-20 over the Russian fighter in this sense. 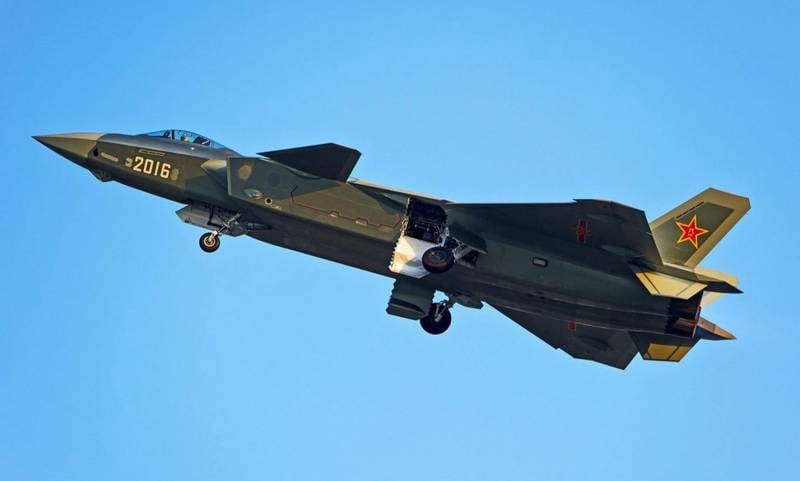 In general, Su-57 is facing difficult times that will show whether the machine is competitive in the global market. Now, developers will not be able to blame failures for "secrecy" or "the need to ensure the native Air Force."

The interest from foreign customers is a direct demonstration of the potential of a combat aircraft. If the machine really has outstanding capabilities, then there will always be a customer for it. If not, then no.