Solovyov recalled Churchill's words: Poland is the hyena of Europe

6 September 2019
18
The words of British Prime Minister Boris Johnson that "the Soviet Union lured Poland between the hammer of fascism and the anvil of communism" are discussed by experts in different countries. This statement of the eccentric Johnson decided to discuss in the studio of the program "Evening with Vladimir Solovyov." 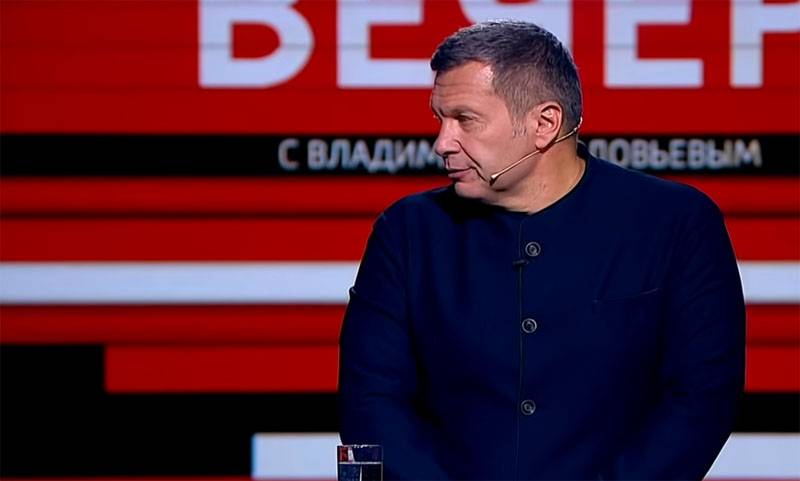 This is a cynical lie, because it was Britain that sabotaged the proposals of the USSR on the creation of an anti-Hitler alliance, and it was Britain, together with France, who betrayed her ally to Poland, and she did not wait for 1 September 1939 year of help from the British and French.
Vladimir Solovyov also recalled the words of Winston Churchill about Poland as the "hyena of Europe." Today, these words, for all their relevance, prefer not to recall either in London or in Warsaw. But they very actively recall the Molotov-Ribbentrop Pact, as if the Poles themselves did not conclude any pact with Hitler.

Just remembering the Pilsudski-Hitler Pact for Poland today is unacceptable, because then you have to admit that it was Poland, together with Hitler Germany, that unleashed the war in 1938 - an invasion of Czechoslovak lands. And it is precisely the date of the invasion of the Teshinsky region that can rightly be considered the beginning of the Second World War, and not the date of September 1 at all. This is if guided by objective historical facts.

Ctrl Enter
Noticed oshЫbku Highlight text and press. Ctrl + Enter
We are
French propaganda and information warfare before the 1812 campaign of the yearBattle of Berlin Unknown War
18 comments
Information
Dear reader, to leave comments on the publication, you must to register.