7 September 2019
216
In the United States, the local edition of National Interest (NI) published an article in which it examined equipment that Israel intends to install on the next-generation F-35 stealth fighters in the coming years. The American edition is wondering if Israeli equipment and modifications will turn out to be better than American ones. Without comparing the systems in detail, National Interest, however, gives a general overview of what the F-35I will look like and emphasize that the F35I may turn out to be a better fighter than the one that is armed with the US Armed Forces due to the wide range of tasks facing Israeli Air Force and rapid response to new threats. 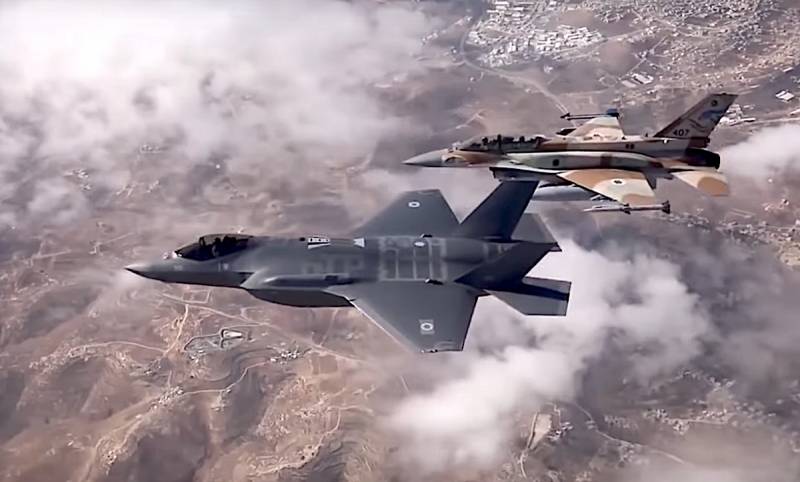 F-35 should become the fifth-generation mass fighter and the main fighter of both the United States and its allied countries. One such state is Israel, a constantly warring country with a large number of regional opponents and a wide range of tasks that the government of the Jewish state poses for the Air Force.

A feature of Israel is that this relatively small (8 million population) country has a developed aviation industry. In particular, Israel produces advanced avionics systems, wings for the F-15 and F-35, the LAVI fighter created in the Promised Land did not go into the series just because of the opposition of the Americans, who saw it as a threat to their interests. 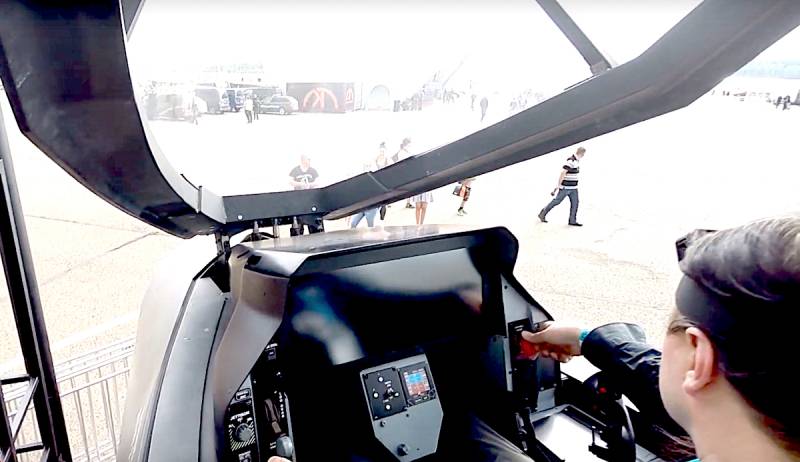 Israel always integrates its own systems into America's supply. This is due to several important points.

First, Israel actively supports its own industry, its level and export potential (up to 80% of local products are exported. Using local avionics, electronic warfare systems and others makes it possible to work them out in real combat conditions. In addition, Israel is ready to use more advanced and risk decisions than more conservative Americans.

The second reason is the specific needs of the local air fleet. The opponents of the Jewish state are both conventional armies and partisan and terrorist groups. Some of them are located at the borders of the state, and some are several thousand kilometers. And if the United States actively uses aircraft carriers and foreign bases in order to be able to strike virtually anywhere in the world, Israel does not have such an opportunity.

Factor three - dependence on the United States. Israel, as far as possible, is trying to overcome this dependence. The country perfectly remembers how the allied states suddenly froze supplies. In addition, Israel is well aware that supplies may be interrupted in the event of hostilities.

The ingenious ALIS automated system built by Lockheed Martin is efficient and cost-effective. However, its only drawback is that it was built for countries that missiles do not fall on.
- the representative of the country's air force explained to the position of his own state to the portal Defense News.

The Promised Land is well aware of how important the country is as a regional ally for Washington. That is why the Middle East state has knocked out special conditions: F-35 will not only receive local-made avionics, which in itself is an exceptional situation, but will also make full-fledged repairs and maintenance of these fighters on their own, and not in special logistics centers scattered by Lockheed Martin around the world. Nobody has received such preferences at the moment except the US Armed Forces.

To a large extent, such agreements were reached thanks to the long-standing mutually beneficial ties between Israel and Lockheed Martin. In particular, Elbit, an Israeli manufacturer of precision systems and electronic equipment, is developing the ultra-modern HMDS helmet for the F-35. The helmet, made individually for each pilot, gives the pilot the opportunity to see “through” the aircraft.

The first batch of F35 manufactured for the Israeli Air Force, in fact, do not differ from the American F35A. However, over the years, the number of equipment and weapons systems integrated into these aircraft will only grow.

In order for the installation of the systems to be successful, Israel requested - and received - a special plane, which went to the disposal of the IDF Air Force Test Flight Center. The machine is equipped with additional instrumentation. She also received an additional set of various sensors. 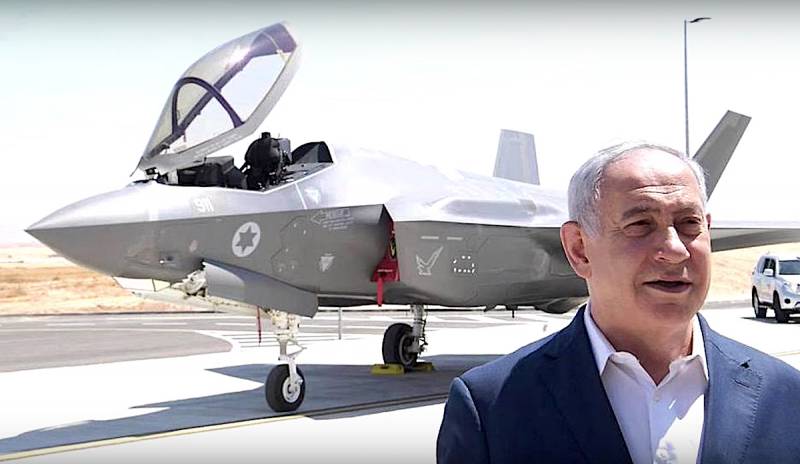 The first aircraft with integrated Israeli equipment will begin to arrive at Hel Havir (Israeli Air Force) in 2020. They will be installed integrated in the body and wings of electronic warfare systems jointly produced by Elbit Systems and IAI. It is expected that they will be able to compensate for the future appearance of radars that determine the position of stealth fighters. NI believes that radars capable of detecting stealth will be put into service in the next 15 years.

In addition, Israel, together with Lockheed, develops conformal fuel tanks, which should accommodate 600 gallons of fuel (about 2700 liters) each. Tanks of this type have a lesser effect on the change in the EPR of the aircraft; they do not occupy pylons for ammunition.

In addition, conventional suspended fuel tanks (PTBs) are also under development. They do not have a "stealth" configuration and will be reset before entering the task execution area. Their volume will be 425 gallons (1,608 liters), Elbit will be engaged in production. 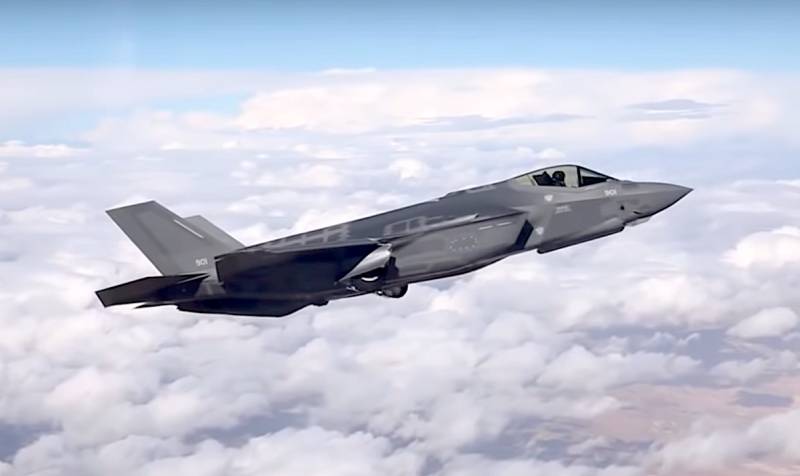 Also, in a couple of years, an Israeli automated control system (C4 - command, control, communications and computers) will be installed on fighter jets.

Another interesting point is that Israel, like other countries, will not receive the Lightning software source codes. However, to integrate the software developed by the Israelis, Lockheed intends to transfer to the Jewish state special communication channels (API - Application Programming Interface) to the base software of the fighter.

The central F-35 system runs on an open architecture, the situation is very similar to installing the application on your iPhone. The shell does not change anything in the aircraft itself, but it gives the Israeli Air Force the opportunity to use the most advanced and adaptable developments with relative independence from the aircraft manufacturer.
said Benny Cohen, general manager of Lahav IAI, in an interview with Defense News.

From local armaments F-35I will receive python-5 short-range air-to-air missiles and SPICE 1000 electro-optical guided bombs with a range of 60 miles (100 km) from Rafael Advanced Systems: now it, together with Lockheed Martin working on their placement inside the aircraft body. 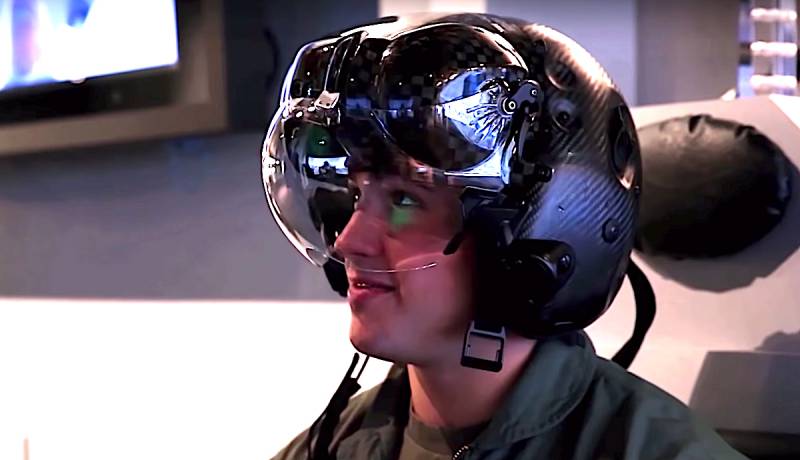 Israel will not purchase F-35B

In its National Interest article, Israel is likely to purchase some F-35B, short takeoff and vertical landing fighters, for use from damaged runways or small runways.

However, according to Israeli military analyst and historian Oleg Granovsky, this scenario is unlikely: the F-35B has a much smaller range than its counterparts, F-35A and F-35C. For quick repair of the strips, Israel has developed special technologies, thanks to which the runway can return to operation in the shortest possible time.

Granovsky doubts another idea, according to which Israel was going to develop a two-seater version of the fighter. According to the expert, this contradicts the basic idea of ​​F-35 - maximum automation and the active use of simulators.