7 September 2019
79
On 17 of September we will hear from the Western "democrats" and "liberals" a new shaft of false fabrications and insults against Russia in connection with the 80 anniversary of the entry of Soviet troops into the eastern regions of Poland in 1939, to Western Belarus and to Western Ukraine. And this is also the result of lessons of the Second World War that we have not learned. 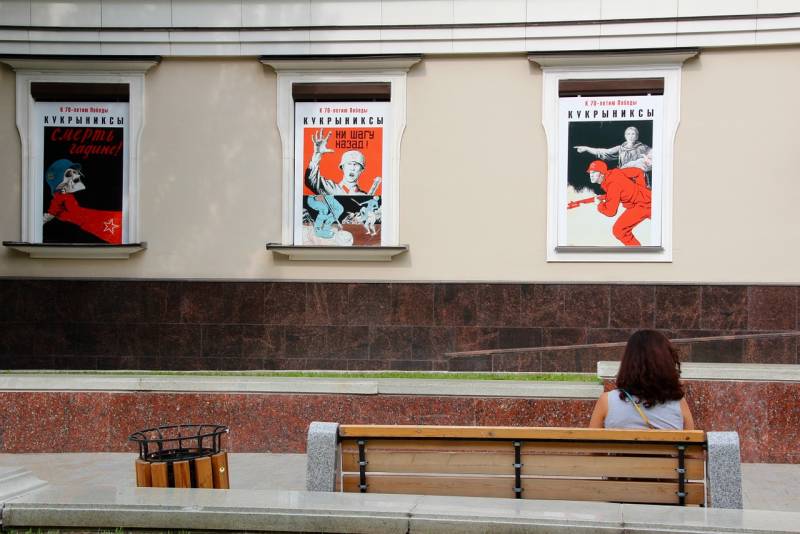 Article The English Beginning of World War II we said, in our opinion, the role of the Anglo-Polish military treaty at such an outbreak of the war, concluded by the parties on 25 on August 1939, which is not even remembered today, to other "historians" were completely overwhelmed by the Molotov-Ribbentrop agreement. Meanwhile, with this treaty with Poland, England acted as the instigator of World War II, because she was not going to fulfill this treaty, as it became clear on September 3, when a fake “strange war” between England and France with fascist Germany began on the western front. In response to a real German attack on Poland.

If the Molotov-Ribbentrop Pact had not been signed in the same August, Hitler’s war machine would have crushed Poland and moved to the Soviet Union, which was the purpose of pre-war Anglo-French diplomacy, judging by Churchill’s statement:
“The fact that such an agreement was possible marks the full depth of the failure of English and French politics and diplomacy in a few years.”

Many of our historians still call the Molotov-Ribbentrop Pact a certain achievement of Soviet policy, while the initiative for this treaty belongs to Hitler! The USSR was in August 1939 on the edge of the war and seized on a non-aggression pact with Germany as a straw. In the prewar 30 years, all USSR initiatives to curb aggression from Germany, all peace initiatives also had a second bottom: to split the front of Western "democracies" in relation to Hitler and his allies in Europe, which made it impossible to form a united western front against THE USSR. Why are we still classifying this open secret?

Everyone then understood this, and Hitler understood. Therefore, when he proposed that the USSR conclude a non-aggression pact, he split the potential united Western front against the USSR, and Stalin could not help but conclude such an agreement. Hitler’s plan seems simple: having fenced off the USSR from the non-aggression treaty, quietly “unite” all Western Europe, all its resources for the subsequent attack on the USSR. In any case, it was precisely this plan that Hitler fulfilled, with the exception of the "unification of England," which had escaped on its island beyond the English Channel.

Today we do not pay tribute to the hypocritical policy of the Western colonial "democracies", which in essence have not changed at all since the 30 of the last century. Even today they are fighting for their neocolonial indirect dominance in the world and the "legitimate" dollar robbery of the "developing countries of the Third World", in which they tried to push Russia into the 90 years.

This caused the phenomenon of Vladimir Putin, his rebuff to the American "comrade wolf who eats and does not listen to anyone" in a famous speech at the Munich Security Conference in 2007. Russia managed to maintain its conservative imperial spirit by combining it with elective mechanisms, and this saved Russia after the democratic oligarchic 90's.

Long before its start, World War II was predicted by many public figures and politicians, including V. I. Lenin warned that a “party of war” could always come to power in Europe unexpectedly. She came, and even in the form of a fascist war party, and not only in Germany. The whole West, including England and the United States, was then ill with fascism, fascist political parties existed everywhere, but not everywhere they broke through to power.

It is a fact that Western liberal democracy gave birth to fascism / Nazism: Hitler came to power in a democratic way, no matter how the ideologists of liberalism try to translate the arrows of someone into a certain fate storieswho is on the communist ideology, allegedly responsible for Hitler. Recall that communism also gave birth to the West. Western liberal democracies, these oligarchic deep dictatorships that surfaced during the defamation of President Trump, are still pregnant with new fascism.

And today, the West can at any moment give birth to a “party of war”, which is completely fascist in nature. Probably, by other criteria, they are already visible: excellence in "democracy", in culture, in civilization, in "values." The main thing in fascism is the idea of ​​superiority, the denial of equal rights to the opponent, which, as it were, allows him to act at will, but culturally and civilized. Hitler’s fascism also insisted on bringing culture to “barbarian Russia”. Compare with the traditional policies of Russia and most other non-Western countries: for all questions to them, they come from the ancient message that Prince Svyatoslav formulated with us: "I’m coming to you!" That is, I’m on an equal footing.

Direct analogies of today's world with the situation in Europe on the eve of World War II are also suggesting. England again provokes Western Europe against Russia, this time with the Skripals affair, as deceitful as the Anglo-Polish 1939 military treaty of the year. Poland is changing its course from pro-European, where disagreements with Berlin and Brussels are growing, into pro-American, pro-English.

The contradictions between the West and Russia are growing and becoming almost insurmountable, insults are addressed to Russia from the position of superiority of certain “European values,” that is, essentially fascist. Sometimes, quite fascist epithets of Russia jump off the tongue of high Western figures, but they still cause scandals.

The provocation with the Malaysian Boeing, in which all the oligarchic "democracies" immediately blamed Russia, except for Malaysia itself, is very similar to the provocation of fascist Germany in Glyivitsa, because it had the goal of starting a war in Ukraine, but could not achieve it.

Russia, like the USSR in the last century, seeks to prevent the formation of a united front of Western states against itself. Based on this, Moscow’s gas and energy policy is being built, it is trying to normalize relations with those Western countries that are trying to meet in some way: “Norman” France and Germany, Austria, Italy, Turkey.

Obviously, the third world war would have already begun long ago had it not been for the deterrent weapons. The situation has changed in another respect: Russia is seriously supported by the non-Western world and China, despite its dollar bondage. Although for the same reason he is cautious.

Many analysts, including Western ones, believe that the West has already begun the third world (hybrid) war against Russia due to the impossibility of a “military war”. In this light, a US coup d'état in Ukraine with the bringing to power of the Bandera elite is seen by them as a hybrid aggression of the West against Russia. Lyndon LaRouche, an American analyst and millionaire, Star Wars architect, immediately called the coup in Ukraine a “Nazi coup” with which Washington decided to break Russia. However, Russia did not break, the third world hybrid war continues.

Some great historians, Yandex knows them, insist that history in its main features goes in a circle, in this sense the world goes on the road of the Second World War. From which we still have not learned lessons: we are all afraid to offend someone and therefore we all smooth out the sharp corners of history, we all pose as Leopold's cat.

Ctrl Enter
Noticed oshЫbku Highlight text and press. Ctrl + Enter
We are
Fight for the Second World War (end)How Europe went to the Molotov-Ribbentrop Pact
79 comments
Information
Dear reader, to leave comments on the publication, you must to register.