Money until payday. Trump's Wall and its financial sacrifices

6 September 2019
13
At the end of the spring of 2019, I already wrote that for the sake of building the legendary Trump wall, which Congress does not give money for, the Pentagon was forced to plan the transfer of 1,5 billion dollars from R&D and the purchase of weapons and military equipment for this very construction , and about which programs it was made from. It was still under the old Defense Minister of Defense Patrick Shanahan, whom Trump first wanted to leave, but suddenly changed his mind, changing the lobbyist of one corporation to the lobbyist of another. At that time, another 3,6 billion dollars was ordered to be pulled out of military construction work, work on the arrangement and repair of bases and facilities, and another 1 billion dollars from payments to personnel of the Moscow Region. Since then, nothing has changed, except that some interesting details of this drama (or, rather, the tragicomedy) have become known. 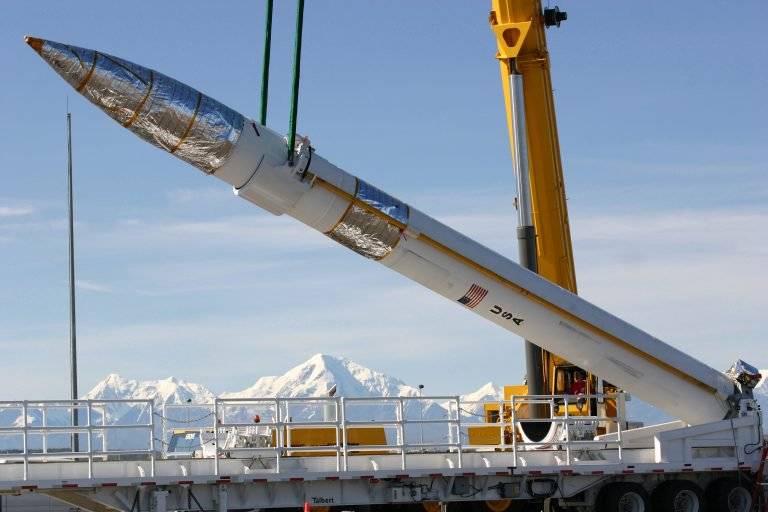 Loading a GBI missile into a full-time silo in Fort Greeley, Alaska

In total, among the “lucky ones” were 127 of various projects, objects and programs, the money from which the Pentagon took “to pay”, that is, with the expectation that Congress will reimburse the costs in the future budget. And that is exactly what Congress is refusing to do. More precisely, the Senate, controlled by the Republicans, is ready to do it, but the lower house, on which it’s not a fundamental decision such as “give money,” but a specific amount, is not ready to do it. Well, apart from allocating a zero amount. So far, however, there is still hope to come to an agreement after the resumption of Congress after the vacation period.

They also took away 130 million dollars from the planned work in Poland, where the Americans "broke off" the Polish gentry with their dreams of armored American divisions (or at least a brigade or two) on their territory. Instead of these bases, the Poles were promised the following: that these forces would be rotated so as not to violate the Russia-NATO Founding Act too clearly. Instead of the rotated “advanced command element” (headquarters group) already existing in Poland, there will be an advanced headquarters at the brigade-division level - this is not a full-fledged headquarters, just a management group, but a larger one. It is planned to create a joint Combat Training Center in Dravsko-Pomorsk, where there will be advisers and instructors from the Americans, and sometimes their units from that part of the forces of the rotated armored brigade in Poland will train there. An airfield will be allocated for the transfer of troops from the United States so that they can fly there, and not at different points. They will create a support and supply group on this base and continue to build the infrastructure for the current rotated contingent, which will now be located not in different, from rotation to rotation, settlements, but only in six. Of the troops, only "green berets" from the 10 special forces group will be added, which will be rotated in Poland - probably 1-2 special forces companies from the 10 group battalion in Germany, or from the States, from Fort Carson, Colorado where she has the headquarters and the rest of the battalions. Probably, the "berets" will be together with equipment, in particular, helicopters. And in Poland they will place an air reconnaissance squadron with strike reconnaissance UAVs MQ-9 "Ripper" - but these devices have been flying from the same base since last spring. So, now they don’t give money for this project either. Then they will probably give it, if again it is not needed for another piece of the wall.

On Okinawa in Japan, the US Armed Forces planned to spend 400 million dollars for various military construction, relocation of facilities and repair of the air base, but also for the construction of schools. But even this money went into defense against the Mexicans. It is curious that the Pentagon invites the Allies to “get into position” and to finance part of the planned work themselves. But those who wish are not yet lining up and on the horizon dust from the rushing ones is not observed. By the way, funding was cut off from programs of assistance to the collaborationist government and the army of Afghanistan, and with the help of the allied forces participating in the coalition presence there. Probably, recent information about the possibility of freezing aid to Ukraine is also associated with the transfer of funds to the “Trump Wall”.

$ 88,9 million will cut funding for maintenance and repair work at the Kitsap, Washington Navy. This, by the way, is not some sort of base of mothballed reserve minesweepers, but one of the two naval submarines of the USA, on which those Ohio SSBNs that operate as part of the Pacific fleet. The shipyard in Portsmouth, Virginia, also suffered financially, at $ 26,1 million, a significant amount for the plant’s budget. And this despite the fact that the Navy already complained about underfunding - the largest fleet on the planet does not have enough money for repairs, according to the American military press. Moreover, judging by the appearance of surface ships of the US Navy, there is often not enough paint - the US Navy destroyers in foreign ports have been painfully indecent in recent times. Although, perhaps this is a matter of discipline. But funding for the Navy is only growing!

Among the victims is also the modernization program of ICBM Minuteman-3 and the infrastructure of position areas, in particular, the modernization of the underground control system. As well as, as previously mentioned, the program for modernizing the control system, as well as extending the life and maintenance of the fleet of airborne airborne vehicles AGM-86B in nuclear design. Of which there were only a little more than 500, of which 300 are ready, the rest are mothballed. Extension of service life to 2030. it was planned only for 300 KR (now the deadlines have been extended only until next year), the rest should be written off. So, the funds were also redirected to this very extension, but when and how they are going to carry out the work now is not very clear.

The cherry on the cake is история with the GBI missile defense system GMD. As you know, the current 44 anti-missiles (of which 40 are in Fort Greeley in Alaska) were planned to be supplemented with 20 anti-missiles, but with new RKV interceptors. At first, the timing of the deployment of the system was shifted to the right due to the unavailability of the interceptor even at the beginning of the tests, and recently this program was completely covered, saying that it was necessary to create an even newer interceptor stage, and there it would also be necessary to replace the missile defense. It is clear that now Trump, who loudly announced all these changes, presenting the “ABM Policy Review” at the beginning of the year, once again looks like a racket. It is also clear that the GBI tests on a target close in characteristics to the lower boundary of the “range” of the ICBMs clearly did not show the full success that was announced, once such conclusions were made. And now, since the deployment of 20 anti-ballistic missiles has been postponed, these funds have been used for "fence construction" on the southern border of the United States. Also, the purchase of 2 spare missiles to replenish spent on testing was canceled - there is a small amount, about 8 million apiece. Some of the funds for the repair and maintenance of these anti-missiles were also cut. The American press has already stated that this is an “irresponsible step when these missiles are the only defense against North Korean ICBMs." The fact that the GBI will not save even from North Korean ICBMs, the layman does not need to know. At the same time, however, the Pentagon states that "the missile field at Fort Greeley is extremely important and that cutting funds will not have any effect on the progress." Which, of course, is not so. Although, if he had in mind the work begun on the construction of mines for those 20 additional anti-missiles, then there would not be any influence, because the work was postponed for a long time.

Among the “trimmed” R&D, the presence of, in particular, a number of works on the creation of hypersonic missiles is curious. Either the Pentagon does not believe in these specific programs, or the lobbyists turned out to be weak, but it will be necessary to deal with embezzlement of public funds for these projects either later or at lower cost. In these conditions, a good joke V.V. Putin's proposal to sell hypersonic to Americans weapon (of course, no one would have thought of selling anything) it may sound even brighter, especially when it turns out that the deadlines announced for all other programs are, let's say, extremely optimistic, as are the costs of them.