15 September 2019
68
Creation and testing of new technologies in the field aviation can give serious advantages over competitors, and the results of such work should be protected from unauthorized persons. This is exactly the approach that the American company Otto Aviation Group uses in its Celera 500L pilot aircraft project. The car was developed in an atmosphere of secrecy, and test results have not yet been published. This is almost a revolution in air transportation. 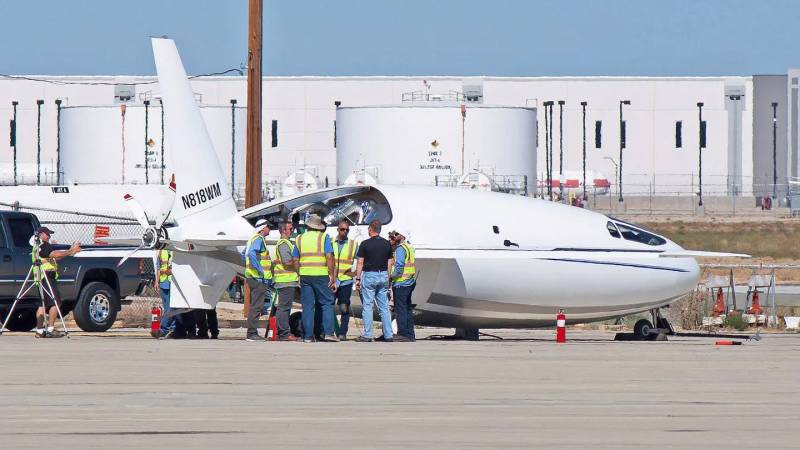 Aircraft Celera 500L in 2017. One can see the features of the tail and the direct wingtips. Photo by Thedrive.com

Otto Aviation Group is owned by William Otto, a physicist and former employee of Rockwell International. The company was founded in the last decade, but the general public found out about it only a few years ago in the context of a new promising project.

Roughly at the end of the 2000s, Otto Aviation began to study the appearance of an experimental aircraft designed to search for new technologies. In 2014, a patent appeared for some developments on the topic. This document is still one of the main sources of data on the Celera 500L project. At the same time, since the time of application, the appearance of the aircraft has managed to change markedly.

In April 2017, an unknown characteristic aircraft was spotted at one of the airfields in California. Subsequently, several new photographs appeared, as well as the “found” 2014 patent of the year. Some of the data is on the registry of the US Federal Aviation Administration. All available materials allowed us to present the main goals and objectives of the pilot project. At the same time, the lack of official data seriously complicated any analysis. 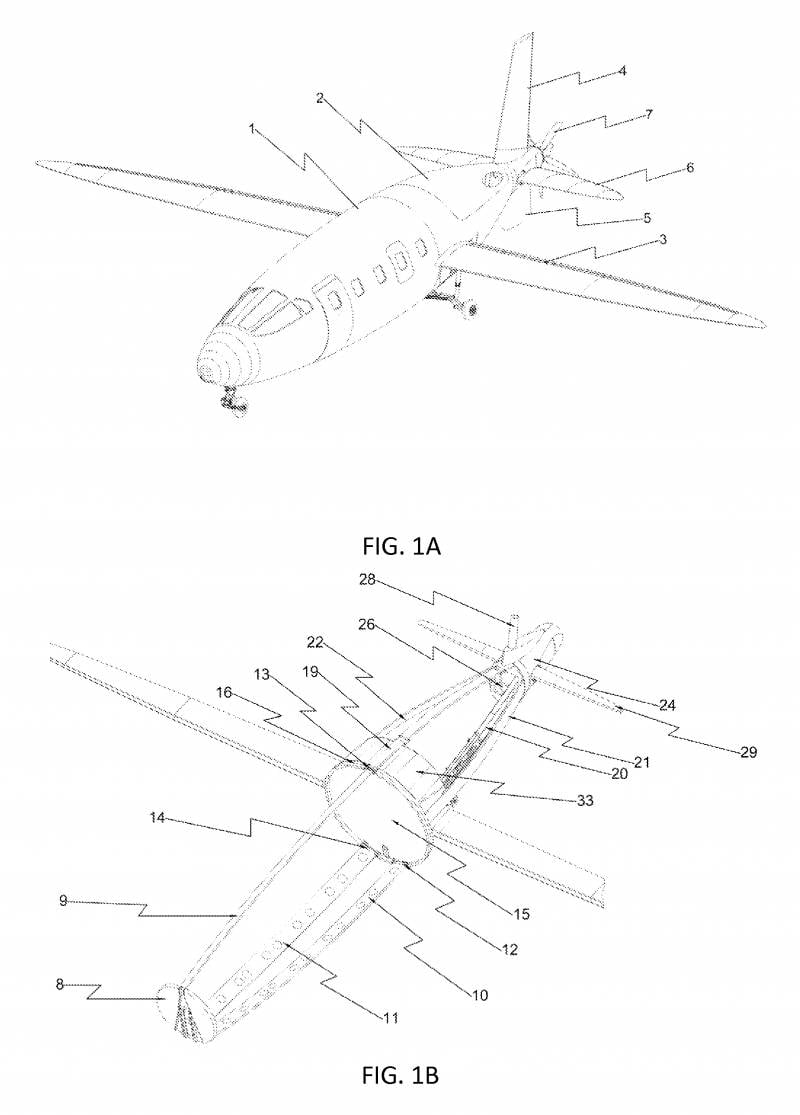 The scheme of a full-fledged passenger aircraft (above) and its power set (below). Drawings from US9308989B2

At the beginning of 2019, new photographs of the aircraft appeared. In May, it became known that Celera 500L runs on the runway. This was the reason for the assumption about the imminent start of flight tests. Otto Aviation does not confirm or deny such assumptions, and indeed remains silent.

According to the patent, the main objective of the project is to obtain the highest possible fuel efficiency that exceeds the similar indicators of any other modern aircraft. A key way to achieve this is to optimize glider aerodynamics. By minimizing air resistance, it is proposed to reduce the required engine power and generally increase efficiency. Estimated fuel consumption is several times less than the same parameter for the most advanced modern aircraft.

It can be assumed that in a characteristic airframe, composites are widely used to reduce the weight of the structure. The patent proposes an original aircraft design with a lightweight power set of a minimum number of longitudinal and transverse elements. 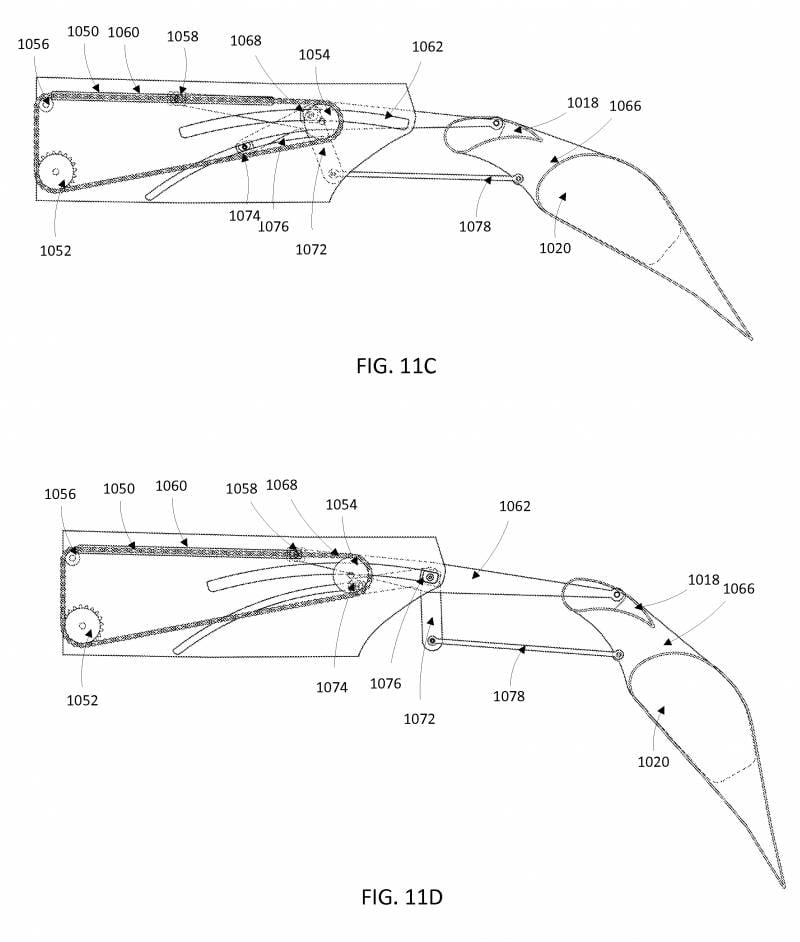 The work of mechanization of the wing. Drawings from US9308989B2

The glider has a characteristic shape and appearance, indicating the optimization of aerodynamics. An experienced aircraft received a streamlined fuselage in the form of an ellipsoid with a narrowing tail. The bow forms the cabin, and the glazing is completely fit into the contours of the skin. In the fuselage placed units of a three-post chassis. The tail compartment is given under the power plant. In newer photographs, the Celera 500L has a pair of air intakes on the roof of the fuselage, previously missing.

A straight wing of large elongation with raised tips is used. The latter appeared during the refinement of the machine and were first noticed only this year. According to the patent, a new type of aircraft should have a wing with a laminar flow. It also provides advanced mechanization in the form of two-section retractable, forming two slots. Drives are provided with full control over the relative position of the wing elements. Apparently, such devices should provide the maximum possible flow control in all flight modes.

The Celera 500L received a large keel and ventral crest, as well as horizontal tail. Instead of individual rudders on the plumage, all-turning planes are used. 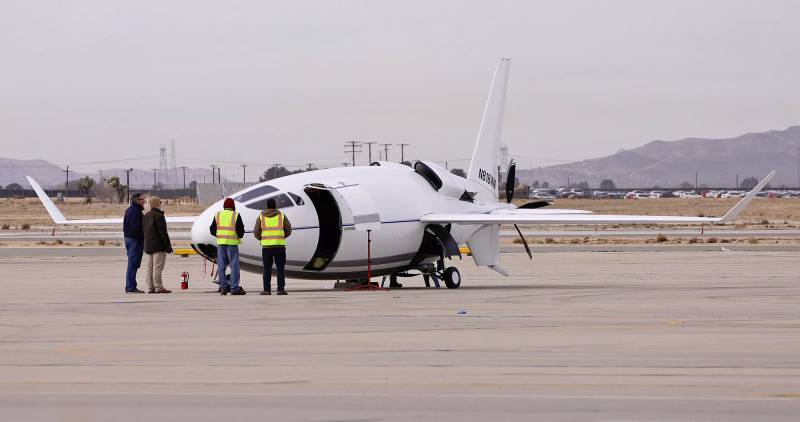 Experienced aircraft at the beginning of 2019. Photo by Thedrive.com

According to the registry of the Federal Aviation Administration, the aircraft is equipped with one Raikhlin RED A03 diesel engine with power up to 500 hp. The engine is located at the tail of the fuselage and rotates the five-blade propeller. Photo 2017 and 2019 gg. show different screw design. In the current configuration, the screw has a saber-shaped blade with a bend. The patent application described a different aircraft design in which two engines rotate a single pushing screw through a gearbox.

No information is yet available on the instrumentation and electronic equipment of the experimental aircraft. Apparently, he carries a modern complex of flight and navigation aids that meets the requirements of the law. Also on board may be sensors and means of collecting information for testing.

The dimensions and mass of the experimental machine remain unknown. From the published documents it follows that the purpose of the current tests is to collect data necessary for the development of a passenger aircraft of original architecture. Perhaps such a machine will be different from the existing prototype.

According to the patent, an aircraft of the Celera 500L type must show high performance characteristics. The optimal flight mode involves climbing to altitudes of up to 65 thousand feet (more than 19,6 km) and accelerating to speeds of 460-510 miles per hour (740-820 km / h). 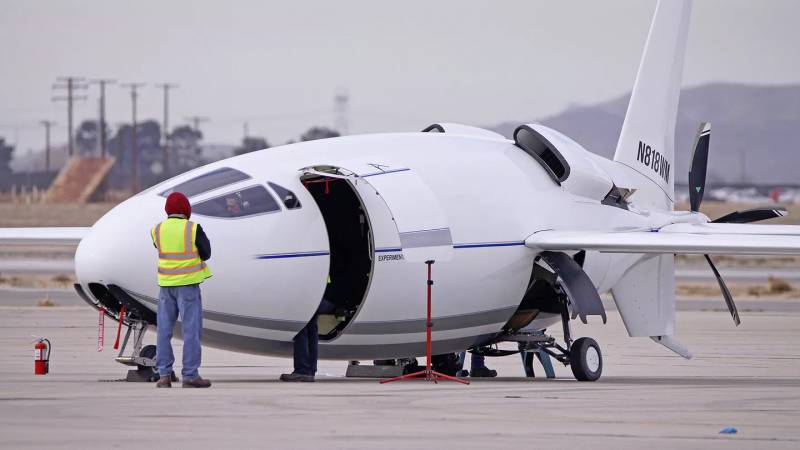 In this case, fuel consumption will be between 30 and 42 mpg (12,8-17,8 km per liter or 0,08-0,06 liters per 1 km). For comparison, the popular Pilatus PC-12 turboprop cargo passenger aircraft spends 1 gallons of fuel on 5 miles with lower flight data. Turbojet aircraft of the same size and weight, showing a similar speed, also lose in fuel consumption.

An efficient wing with advanced mechanization should provide takeoff and landing at speeds of approx. 90 miles per hour (145 km / h). The estimated stall speed is 112 km / h. The aircraft will need a runway 900 m long.

The existence of the Celera 500L project became known in the spring of 2017, and by this time the development company had time to build and put a prototype at the airport. Apparently, then the work was limited only to ground tests and did not proceed to test flights. At the same time, engineers from Otto Aviation managed to collect certain data and finalize the project. 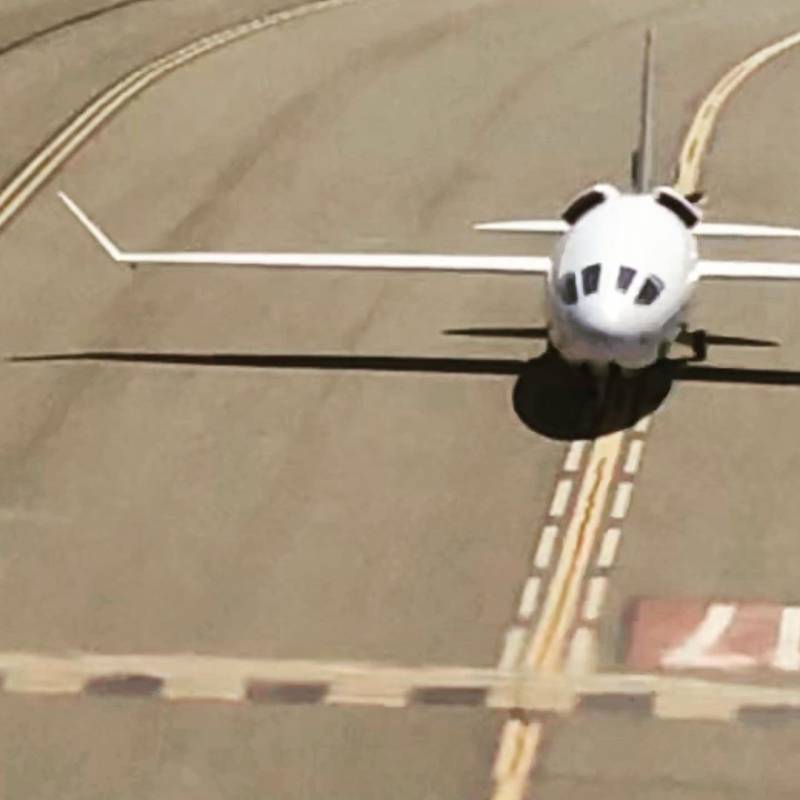 At the beginning of 2019, the experimental aircraft was again seen only in the parking lot. Only in May, the car was noticed in motion - it performed high-speed runs in the lane, but made no attempt to rise into the air. It is possible that right now Otto Aviation is preparing its first flight. In addition, it cannot be ruled out that it has already taken place - in a traditional atmosphere of secrecy for the project.

Given the pace of work on Celera 500L, it can be assumed that flight tests will take several years and will go without much haste. In the foreseeable future, it is necessary to raise the aircraft into the air and determine its general flight qualities, as well as to complete the design refinement. Only after that it will be possible to start flying in the required modes and to fully research the main capabilities of the aircraft.

The Celera 500L project is based on a whole series of ideas of various kinds, aimed at improving flight and economic performance. This fact alone makes the project extremely interesting from the point of view of technology and prospects. If an experienced aircraft confirms the declared characteristics, its basic solutions can be widely used. Failure to complete the tests will also be a peculiar result, since it will show the lack of benefit from specific solutions. 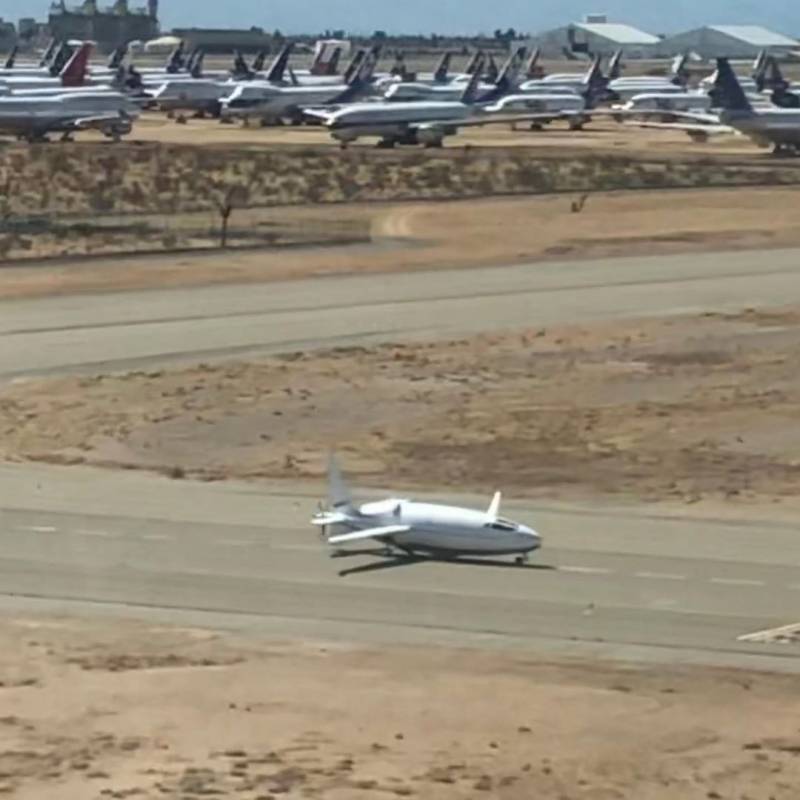 An extremely interesting and unusual feature of the Celera 500L project is secrecy. The main ideas of this project can affect the development of civil aviation, but Otto Aviation decided to work them out without attracting too much attention. Perhaps this is due to the desire to keep their developments secret, so that they can immediately enter the market with ready-made solutions suitable for implementation. Naturally, on a commercial basis.

Lack of information on all major issues prevents the correct prediction of further events. So far, one can speak with equal confidence both of the great potential of the project and of the potential failure. The actual results will be clear only after the completion of the tests and the publication of their results. Perhaps the experienced Celera 500L will indeed launch a revolution in civil aviation.