5 September 2019
22
In the Saratov region, the Mi-8 military helicopter made a hard landing, and then caught fire. The crew on board in the amount of three people was not injured. This is reported by local media with reference to the emergency services of the region. 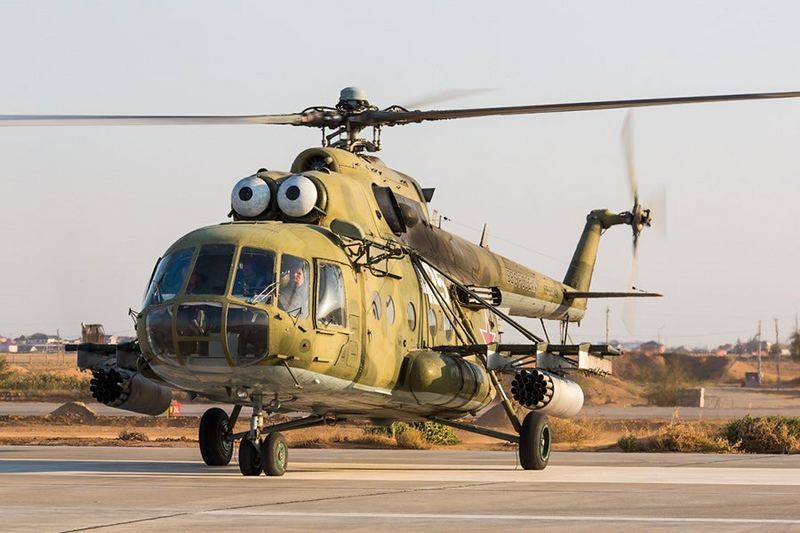 When taking off in the village of Sokolovy, a military helicopter caught fire. He sat right there. The fire was extinguished. No injured
- said the representative of the administration of the Saratov region.

Currently, emergency services and representatives of the Ministry of Defense are working at the scene. As explained, in the village of "Sokolovy" based training regiment of the Syzran Higher Air Force School, which trains helicopter pilots.

The Ministry of Defense confirmed the fact of a hard landing of the helicopter, saying that during the incident the crew was able to leave the helicopter and no one was injured. The establishment of the causes of the incident will be undertaken by a special commission of the military department.

On September 5 of 2019 of the year in the Saratov Region during the acceleration along the runway to complete a planned flight, the Mi-8 helicopter was overturned. The helicopter crew managed to safely leave the car and was not injured. There were no passengers on board
- declared in the Ministry of Defense.