The smoking trunk of the USA. How weapons get to the terrorists of Syria and Yemen

6 September 2019
25
The investigation of Bulgarian journalist Dilyana Gaitanjieva put an end to the issue of support by the United States for terrorist groups in the Middle East. Sensational investigation results show: Washington played a key role in supply weapons a number of Syrian and Yemeni radical organizations. 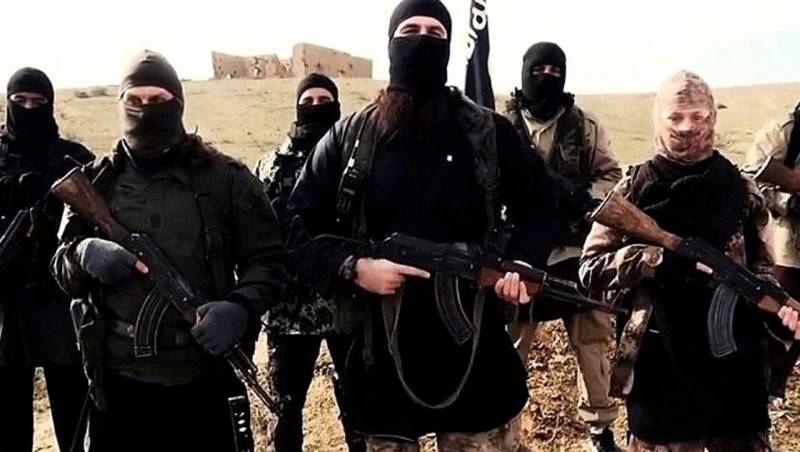 USA and modern wars in the Middle East

The 2011 year marked a turning point for a number of countries in the Middle East and North Africa. The "Arab Spring" led to the destabilization of the political situation and the displacement of the regimes that existed for more than a decade in Egypt, Tunisia, Libya, and Yemen. Bloody civil wars broke out in Libya, Yemen and Syria. And now there is no doubt - if not for the West, then at least a relative semblance of peace and stability would be preserved in the Middle East. But the United States and its NATO allies have made adjustments to Middle East politics. Tens of thousands of dead, completely destroyed infrastructure, devastating blows to the economy - these are the consequences of the excessive attention of the "civilized world" to the Arab East.

The United States and Western Europe, in fact, did not hide their support for the opposition forces in a number of Arab states. In Libya, the West provided direct armed assistance to the Libyan opposition, which allowed to overthrow Muammar Gaddafi. The cynicism and immorality of the West was clearly demonstrated by the reaction of Hillary Clinton to the brutal murder of the leader of the Libyan Jamahiriya.

But until recently, the United States tried to portray complete non-involvement in the financing and armament of the most "cannibalistic" radical groups operating throughout the Middle East. True, sometimes Americans do get stuck when they start talking about “good” and “bad” terrorists. The “bad” ones are ISIS, Al-Qaeda (banned organizations in Russia), and the “good ones” are the same An-Nusra Front (banned in Russia), to which the United States is now quite loyal.

Of course, the world press repeatedly published information about how the Americans during the Soviet military presence in Afghanistan supported the Mujahideen, how the American special services interacted with Osama bin Laden, whom the USA then presented as the main enemy of mankind, but in the USA they pretended that all this cooperation has remained in the past, and after 11 September 2001, Washington has become a leader in the fight against international terrorism. By the way, the US also explains its military presence in Syria as a fight against terrorists.

Bulgarian journalist Dilyana Gaytanzhieva managed to find out details about a top-secret American operation, called the Smoking Gun ("Smoke Barrel"). That was the name of the US Special Operations Forces task force, which was engaged in the supply of weapons to a number of terrorist groups operating in the Middle East. Interestingly, the operation also has a second name - “Obvious fault”. This is how the American military officials "make fun" of themselves, perfectly understanding the criminal nature of their activities in the Middle East.

Operation Smoky Trunk began in 2017 in Croatia. The main objective of the operation is to transfer the maximum number of weapons and ammunition to Syria. Why was the Balkan Peninsula chosen as the location for the operation?

Firstly, geographical proximity played a role. In Eastern Europe and the Mediterranean, the US military has strengthened far and long, so no one is surprised by their increased activity in the former Yugoslavia. The Balkans are not so far from Syria. It is convenient to supply weapons to Syria using both sea shipping and the land route through Turkey. 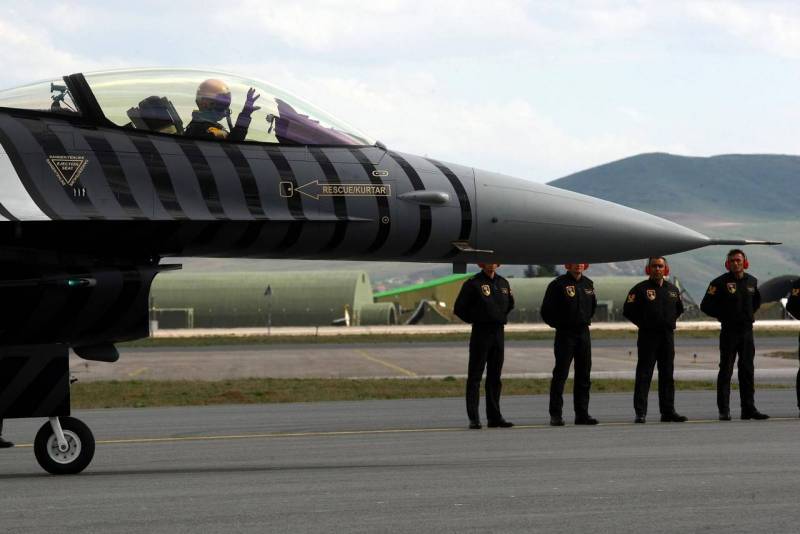 In Turkey, weapons and ammunition were delivered to the Incirlik, the largest US military base, from where they were actually transported by trucks to Syria. In these operations, of course, both American and Turkish power structures were involved. If we talk about deliveries to Yemen, then instead of Turkey, you can cooperate with Saudi Arabia and the UAE - other important partners of the United States in the Middle East.

Thirdly, weapons and ammunition are now being produced in a number of Eastern European countries, which are delivered through official channels to countries in Asia and Africa. For example, in Serbia, mortar shells are being made for the Afghan national army, which was created under the control of the United States and other countries of the North Atlantic Alliance.

But after all, nothing prevents the part of the shells intended for export to Afghanistan from being “planted” in Syria, so that they fall into the hands of local terrorist groups. And this scenario is widely used by the US military, working with civilian airlines - both American and European, and even airlines from the former Soviet republics.

Dilyana Gaitandzhieva was able to obtain evidence of the supply of weapons and ammunition not only to Yemeni, but also to Syrian terrorists. So, Dilyana shows footage from a propaganda video of the ISIS group banned in Russia, or rather, its Yemeni unit. On the video - 82 millimeter mines marked - M74 HEKV LOT 04 / 18. The first two letters distinguish the products of the Krusik arms factory in Serbia. 04 / 18 is the 04 series of ammunition manufactured in the 2018 year.

The shells that were shown on the video were purchased from the Serbian state company Jugoimport by the American company Alliant Techsystems, a subsidiary of Orbital ATK. These shells were intended for delivery to Kabul - units of the Afghan armed forces. Routes to Afghanistan from Serbia run through Turkey and Azerbaijan. Airplanes fly to Baku, as well as to the American military base Incirlik in Turkey, and then to Kabul. 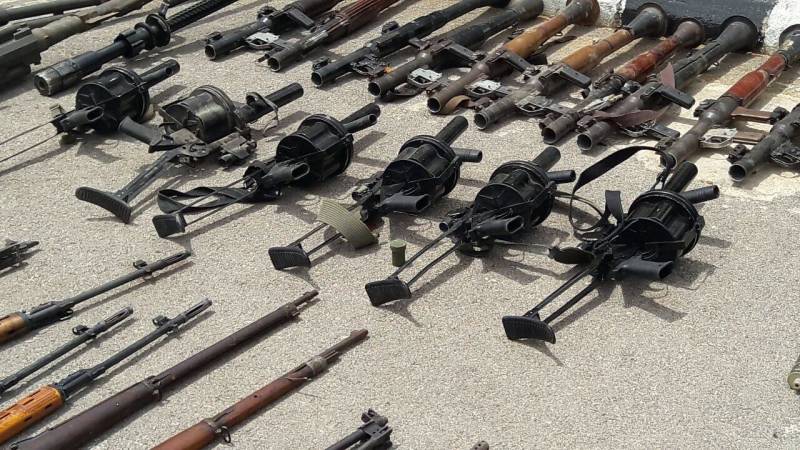 And here's what's interesting: if everything is clear with the starting point of the product, then the end customer is constantly changing. These are some kind of shell companies. For example, in stories with shells destined for shipment to Afghanistan, at first the destination address for the Missouri state in the United States belonged to the US state, but then the dispatch address was changed - now the ammunition should have been sent to Kabul.

It is clear that American structures could not openly supply weapons to Yemen, and even more so to Syria. For this very complex schemes were used with shell companies, numerous companies - intermediaries and carriers. The main task of the Americans was to confuse the UN observation structures so that no one could establish the facts of the supply of weapons to Yemen and Syria.

Weapons were transported to Syria via Qatar, and in addition to the United States, structures of Saudi Arabia and the United Arab Emirates were involved in the transit of weapons. The oil monarchies of the Persian Gulf never particularly hid the existing close ties with the radical groups of Western Asia and North Africa, including the support of Syrian militants. But the Saudis are the Saudis, and the Americans tried to keep a good face and pretended that they did not deliver and could not deliver any weapons to Yemen or Syria.

But, for example, in March 2019 in Syria, in the city of Al-Hula, an underground ammunition depot was discovered, which was used by local terrorist groups. And in this room they found mortar shells made in Serbia at the same Krusik plant. 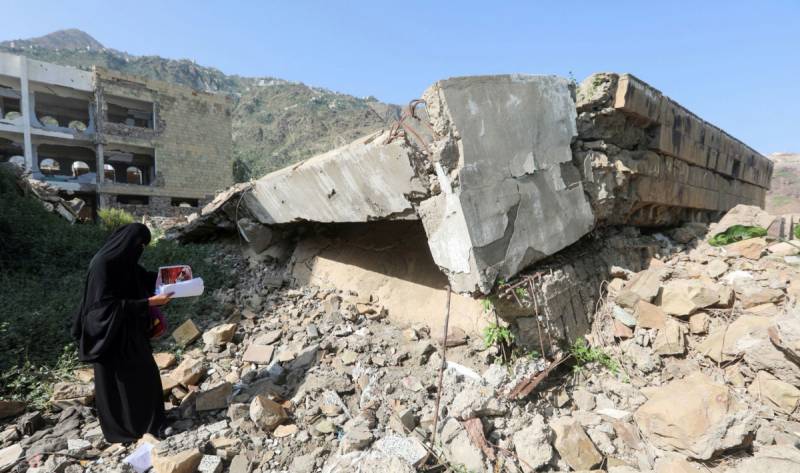 By the way, representatives of the Syrian authorities have repeatedly said that the United States is supplying arms to Syrian terrorists. This is confirmed by a number of statements by Russian officials. To disguise the United States often use its allies, in which case to show - weapons, they say, were supplied not by us, but by the Turks (Croats, Ukrainians, Poles, Romanians and so on).

In addition, Dilyana was able to identify a significant corruption component. Senior US military and civilian company leaders working with them robbed their own government. This is proved by the difference between the amounts allocated by the American leadership to pay for the purchase of weapons, and the amounts that intermediaries paid for the goods themselves.

That is, enterprising businessmen in uniform and without shoulder straps profited from the supply of weapons to terrorists and, in addition to the damage that their criminal actions inflicted on countries and peoples of the Middle East, also caused damage to their own country, guided by selfish interests.

Weapons from Ukraine in the hands of Nigerian militants

But recently, the head of the CIS Anti-Terrorism Center, Andrey Novikov, said that the Ukrainian UAG-40 grenade launcher is already in the hands of militants from the famous Boko Haram terrorist group. This group keeps in fear not only the whole of Nigeria, but also the neighboring countries of West and Central Africa, regularly committing bloody attacks against civilians. 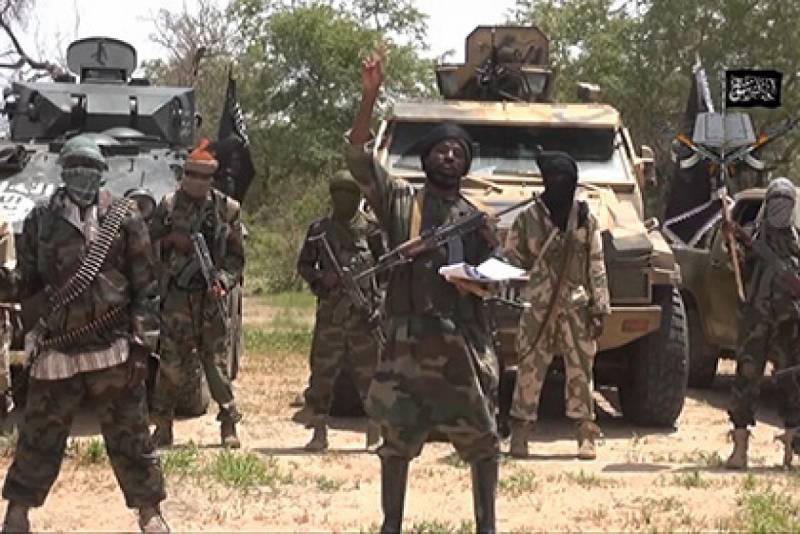 UAG-40 grenade launcher manufactured at the former Lenin Forge factory owned by Petro Poroshenko is a Ukrainian development carried out in accordance with the standards of the North Atlantic Alliance. And, interestingly, the grenade launcher hit the militants even before it was in service with the armed forces units. Thus, although formally the weapons are delivered to the Nigerian government forces, in fact, they may fall into the hands of terrorists - this is how Ukraine “renders assistance” to the fight against international terrorism.

It is clear that Ukraine will have to play an increasingly significant role in the supply of weapons to Syrian, Libyan, and Yemeni militants. The United States, in order to maintain clean hands, will try to deliver through its closest military allies, and Ukraine, which is not even a member of NATO or the EU, is best suited for this role.