New look or pale shadow? Status and prospects of the Royal Navy of Great Britain

5 September 2019
20
In the past, the Royal Navy of Great Britain was perhaps the most powerful in the world, which became one of the prerequisites for the construction of the "Empire, over which the sun does not set." In recent decades, the situation has changed dramatically. The number of warships continues to decline, although such losses are offset by the quality of the new models. However, it is alleged that, as a result of this, the fleet acquired a new look, but did not become a pale shadow of itself from the past. 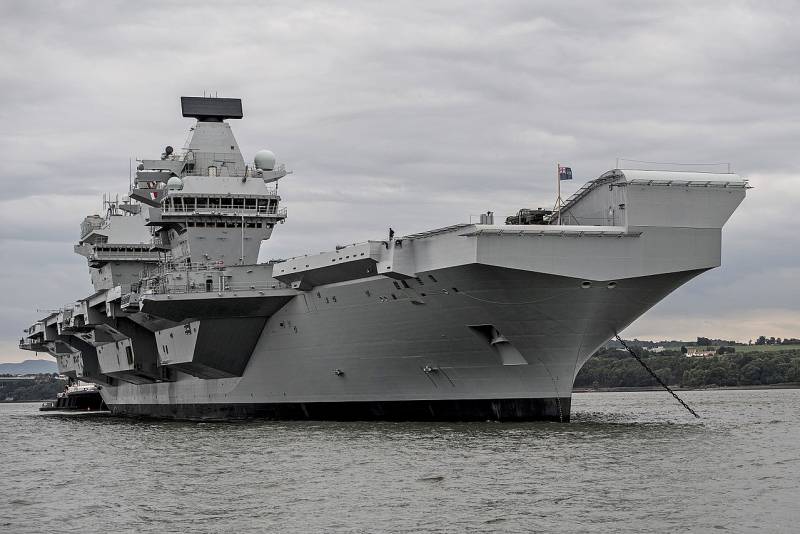 According to open data, currently in the KVMF there are about 80 ships, submarines, boats, etc. There are combat and auxiliary units of all major classes, from submarine missile carriers and aircraft carriers to reconnaissance and transport ships.

One of the main and long-awaited combat units is the aircraft carrier HMS Queen Elizabeth - so far the only representative of the project of the same name. The most massive KVMF ships are frigates of Type 23 or Duke-class in the amount of 13 units. A few years ago, the construction of 6 destroyers Type 45 (Daring-class) was completed. Of the large units, a couple of universal landing ships of the Albion project should also be noted.

The tasks of fighting mines are assigned to the minesweepers of the Hunt and Sandown projects - six units each. There is a fairly developed fleet of patrol ships and boats. It includes four River type ships and nearly 20 Scimitar and Archer type boats.

The KVMF includes the only component of the British strategic nuclear forces. It is represented by four Vanguard-class submarines carrying X-NUMX Trident II ballistic missiles.

Three relatively old multipurpose submarines of the Trafalgar project remain in service. To replace them, ships of the Astute type are being built. Three of these submarines have already begun service, the fourth is being tested, and it can be delivered already this year. 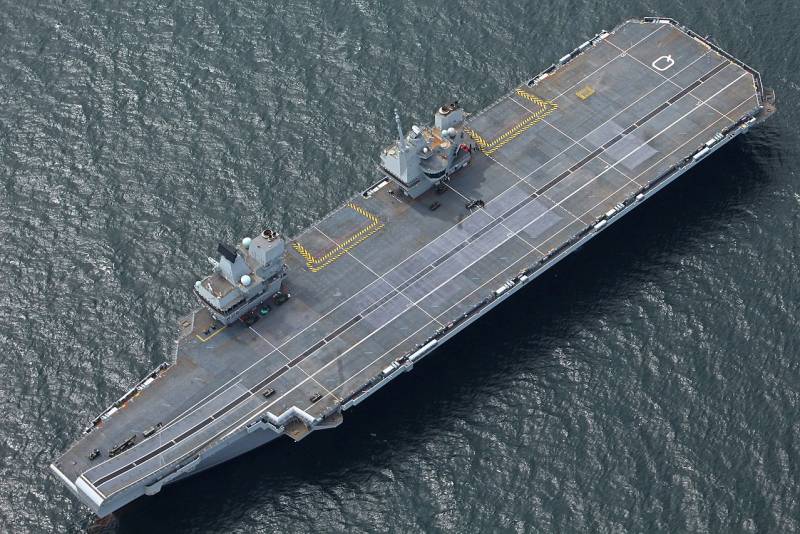 The Royal Navy's combat readiness is also provided by the availability of support vessels, coastal infrastructure, etc. The exact numbers of personnel in recent years have not been published. According to various estimates, in navy serves about 30 thousand people and about 10 thousand are in reserve. At the same time, there are regular reports of a shortage of personnel.

In the foreseeable future, the KVMF will include several new ships and submarines of various classes necessary for increasing combat effectiveness. The possibility of creating new projects of equipment necessary for the development of the fleet in the distant future is also being studied.

Since 2011, the construction of the second Queen Elizabeth type aircraft carrier, Prince Of Wales, was underway. In 2017, the ship was launched. In the near future, sea trials should be passed, according to the results of which in 2020 the ship will be accepted into the KVMF. After that, two aircraft carriers with modern equipment on board will serve in the British fleet at once.

In the future, the surface fleet will receive at least 10-12 of promising frigates Type 26 (City-class). Two of these ships are at different stages of construction, four more are contracted. The rest so far exist only in plans. Ships with a displacement of 6900 t will be able to carry a wide range of guided missile and mine-torpedo weapons, designed to deal with various targets. In the future, the “Type 26” will partially replace the older ships “Type 23”.

Also, to replace the obsolete "Type 23" designed frigates Type 31e (General Purpose Frigate). While this project is at the stage of competition, and the winner has not yet been selected. KVMF wants to get a frigate with guided missile displacement of up to 4500 tons. The construction of the first series of five ships with the delivery of the lead in 2023 was announced. 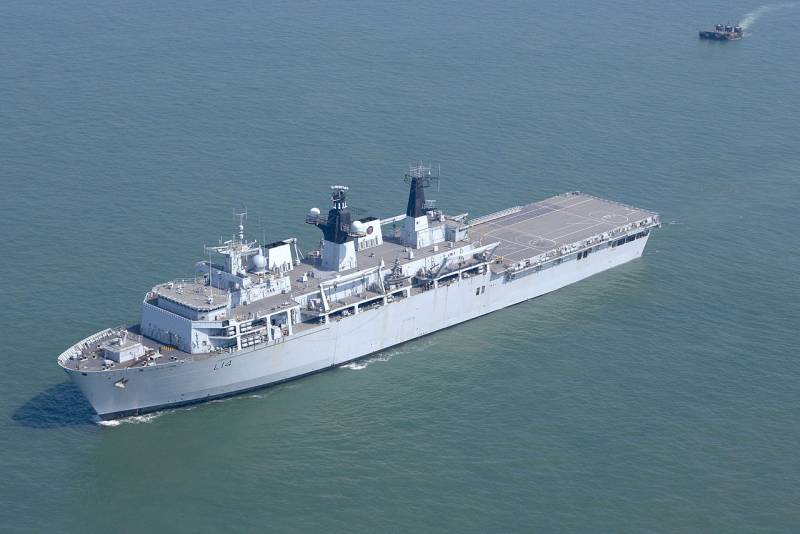 In 2016, they laid the head submarine with ballistic missiles such as Dreadnought. It is also planned, but has not yet begun the construction of three similar ships. Initially, they will be an addition to Vanguard SSBNs, but then will completely replace them.

At present, the UK KVMF cannot be called the largest and the strongest in the world, but reverse estimates will also not be objective. There are about 80 ships and submarines, which is enough to solve the main problems. At the same time, the situation with the combat and auxiliary personnel cannot be called unambiguously positive. From some points of view, the current state of affairs seems extremely difficult.

In some publications, the peculiarities of the development of the KVMF mention the fact that in 1990 the combat structure included 170 units of all classes, while now there are only 80 ones. Over the past 15 years, the number of destroyers has decreased from 31 to 19. Similar processes are observed with ships of other classes. 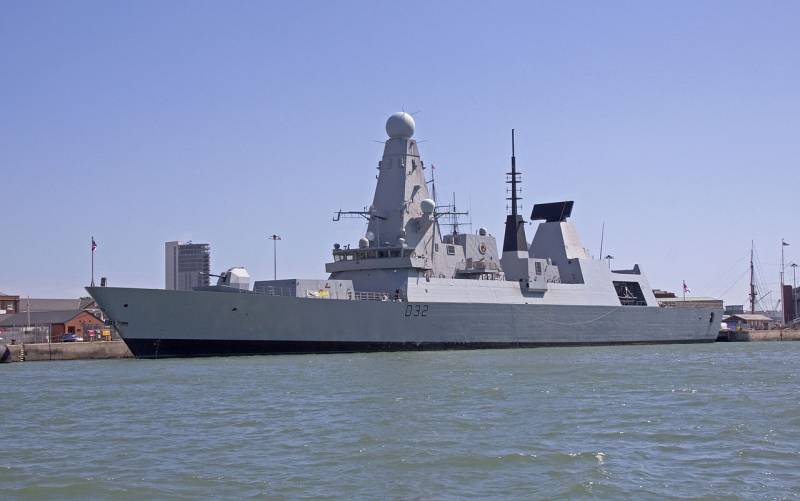 Thus, over three decades, the British fleet has been reduced by about half, which is proposed to be considered degradation. However, this interpretation is also criticized. The reduction in the number of ships and vessels can be considered an optimization of the KVMF and adaptation to new military-political conditions. In addition, there are justifying arguments about the priority of quality, but not quantity.

Indeed, recent projects in the field of surface fleet include the construction of not the largest, but well-equipped and armed ships. It is believed that this approach allows you to combine the required combat efficiency with an acceptable cost of construction programs and subsequent operation. In recent years, the UK defense budget has declined markedly, and the military has to pay increased attention to issues of cheaper rearmament.

The KVMF of Great Britain has not the most numerous, but rather effective surface and underwater forces. They are responsible for coast guard and flag display, carry out nuclear deterrence, etc. However, there are several characteristic factors that increase and decrease overall combat effectiveness.

According to various estimates, in recent projects of surface ships, British shipbuilders managed to get outstanding results. It is alleged that Queen Elizabeth type aircraft carriers are capable of solving a wide range of combat missions through the use of modern F-35 carrier-based aircraft. Destroyers "Type 45", in turn, are one of the best in the world in terms of radar and air defense systems. Promising ships, while still under construction, will have to show advantages over both foreign and British. 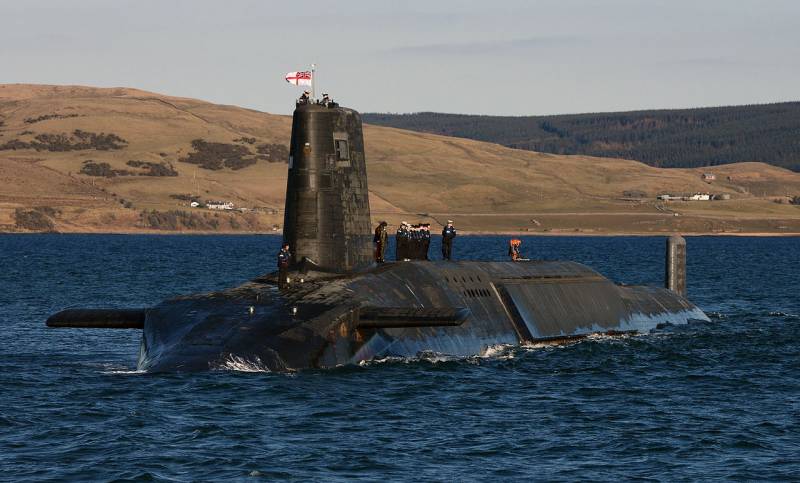 SSB HMS Victorious - one of the elements of strategic nuclear forces

However, the realization of the qualitative potential is associated with quantitative problems. Only one (in the future - two) aircraft carrier, six destroyers and a dozen frigates do not allow the formation of several large ship groups for simultaneous presence in different parts of the oceans. For example, during the July events in the Persian Gulf, only one KVMF frigate was present, which could not prevent Iran from detaining the British tanker.

The problem of the quantity of equipment is solved in the simplest and most obvious way. KVMF sailors often participate in deployment with foreign colleagues. Great Britain is a key member of NATO, and this allows it to use someone else's help. However, this leads to some dependence on the Navy of third countries.

The surface and submarine forces of the Royal Navy of Great Britain cannot compete with the Navy of the largest countries in terms of the size of the payroll and combat qualities. However, the KVMF as a whole corresponds to the current desires, plans and capabilities of London. At the same time, the emergence of new opportunities would quickly lead to a revision of plans towards expansion. 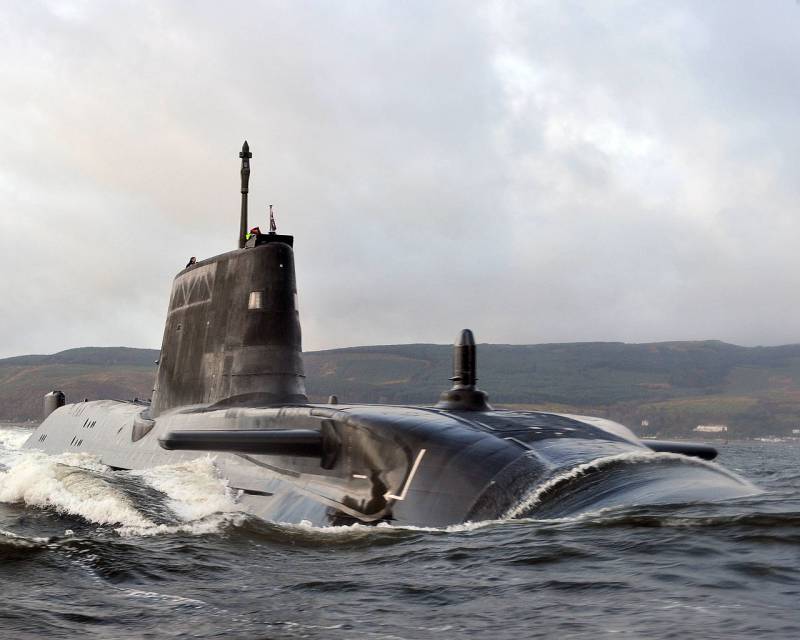 On its own, the KVMF is able to carry out strategic deterrence of a potential enemy and to protect the country's coast from major threats. The demonstration of the flag in remote areas may be associated with difficulties, primarily of a quantitative nature. However, in this matter, the UK relies on the help of foreign allies.

Under the existing conditions, one cannot confidently speak of the unconditional development or degradation of the Royal Navy. There are significant problems, but there are achievements. Despite all the difficulties, shipbuilding and other programs are being implemented and, on the whole, give the desired results. Nevertheless, objective factors of an economic and political nature hamper the development of the KVMF in the most desirable scenarios.

It is obvious that over the past decades, the KVMF has seriously changed, and there are different estimates of such changes. It is likely that further events will be able to clearly show what the fleet has come to and how to perceive its current state. In the future it will become clear what became of KVMF - it acquired a new look or turned into a pale shadow of itself.